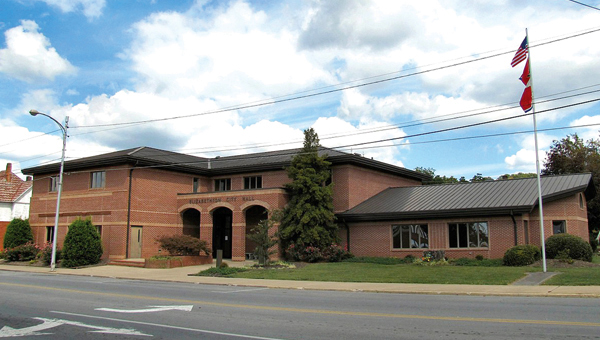 The Elizabethton City Council will be holding their regularly scheduled board meeting for the month of September this Thursday, Sept. 9, and it will be a meeting filled with many things to discuss.

There are many items on this month’s agenda, beginning with announcements from the City Manager regarding items such as the Milligan University Homecoming parade that will take place on Saturday, Oct. 23, from 1 to 2 p.m.

One other announcement to be presented during this time is one that will take place in the much more near future. This item relates to the annual Covered Bridge Festival, and more importantly a single event, the Main Street Block Party, on Saturday, Sept. 25. The block party will consist of music, games, food trucks and, if approved, a beer garden (more on that later).

In terms of new business, there are many things on the agenda to discuss. One of the first items to be brought up in new business revolves around law enforcement in Elizabethton and an agreement with the Appalachia High-Intensity Drug Trafficking Areas program.

Another interesting item that will be brought up in the Thursday meeting has to do with the budget of the Elizabethton Municipal Golf Course. In last year’s budget for the course, there was an operating deficit that was estimated at $20,650. However, in the end, the golf course finished with a $32,771.25 operating income.

The City Council will be determining a budget for the Elizabethton Municipal Golf Course on Thursday evening, one that will be used as a performance measurement tool throughout the year.

After the City Council meeting has adjourned, there is still one order of business remaining for Thursday night. The City of Elizabethton Beverage Board will meet to discuss a temporary beer permit for the previously mentioned Main Street Block Party on September 25.

Main Street Elizabethton is hoping to do something new this year, as they are hoping to have a beer garden for attendees 21 and over to enjoy during the block party.

The beer garden would be partnered with Riverside Taphouse and Jiggy Ray’s in Elizabethton to allow those in attendance to enjoy beer while listening to the live music at the event.

The City of Elizabethton City Council meeting is held at the City Hall Council Chambers at 136 South Sycamore Street in Elizabethton.

A Life Lived: Leslie Head was a man of few wants who took pride in his work