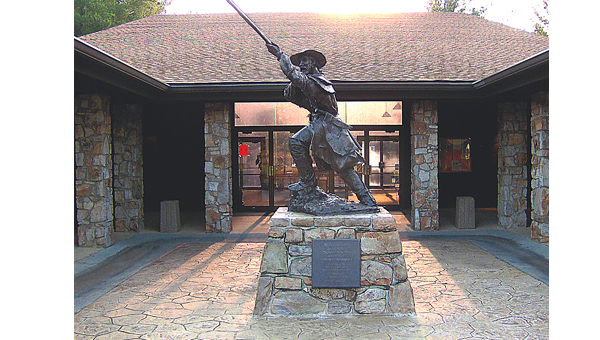 The Overmountain Men of Carter County were a pivotal factor in the victory of patriot forces at the Battle of Kings Mountain in 1980.

The Elizabethton and Carter County area is a place that is enshrined with history and tradition, as it is one of the oldest parts of the great state of Tennessee. History of the area leads most people to think of all the historic areas within Elizabethton such as the downtown area that holds a timely feel; however things go back much farther, to the times when America was still fighting for independence from Great Britain.

The Battle of Kings Mountain is a widely known event in the area, as many men from Carter County marched their way from Sycamore Shoals all the way to South Carolina to lead patriot forces to a victory back in the year 1780.

With all that being said, Sycamore Shoals is hosting one of these events to honor the Overmountain Men later this month, with multiple events taking place over a two-day span.

The events will take place on September 25 and 26, with each day being a “Living History Event” where people can come and speculate how things were all those years ago.

Activities start on September 25 at 10 a.m. with the raising of the colors, which will include demonstrations of morning instructions, militia inspection, and posting the flag. One hour later, the “Every Seventh Man” demonstration will take place, a reenactment of one militia member out of seven that would stay back to protect the fort while the others went out in search of the tory army. Spectators will also be able to learn about colonial firearms during this hour.

At noon, spectators can listen to historic interpreter Lisa Bennett tell stories of significant figure Mary Patton while also learning about the making of gunpowder during the war. At 1 p.m., the Overmountain Victory Trail Association will recreate the historic crossing of the Watauga River performed in 1780 by 400 militiamen.

To end the day, those in attendance will be able to hear the story of the Overmountain Men and their victory at the Battle of Kings Mountain, a storytelling done by the Overmountain Victory Trail Association.

After that the event will conclude for Saturday, but Sunday brings a few more new items such as a sermon by Rev. Samuel Doak and a worship service, before going back through the events of the day before.