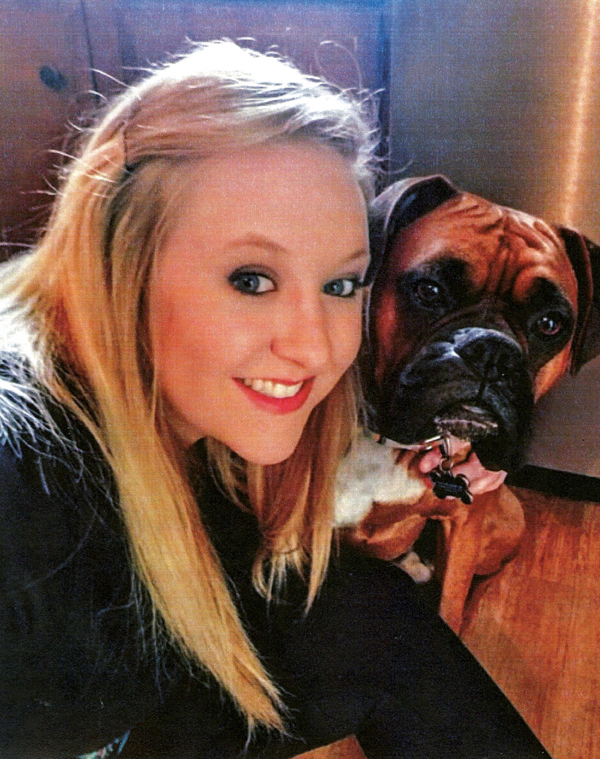 Alyssa Hope Adams, 28, Elizabethton, Tenn., (originally, Johnson City), passed on September 23, 2021, due to COVID-19.
Alyssa was a mother, a daughter, a sister and soul-mate. Her laughter was often and sometimes “devilish.” Her quick wit and sense of humor was always very entertaining in gatherings. She shared an interest in history and politics with her dad. Even as an elementary-age child, she called him out on historical facts around the dinner table. Alyssa came into the world independent and a leader, which only grew as she matured and encountered things life threw her way — a strong-willed individual. Her first best friend was her brother, Jordan. That friendship continued as they both worked at ETSU and were both enrolled as students, also having some of the same classes together. Though her time at ETSU was short, she quickly found great friendships and kindness on campus.
Alyssa started her adult career with the City of Elizabethton, in the Electric System, and then in Planning and Development. She took great pride in her work, loved to take on new projects and definitely nurtured her co-workers, neighbors, and business acquaintances.
Alyssa’s greatest joy was no doubt her two sons, Rhys and Noah. Being a single Mom, working full time, being a part-time student, and owning a home, her days were long and tiring but she put all efforts into her world. Her soul-mate and fiancé, Bobby James, shared her life and dreams. Her dog, “Dwight,” was known by all, if they knew Alyssa.
Alyssa was the daughter of Norma J Adams and the late Johnny Adams.
She was preceded in death by her father, Johnny Adams; grandparents, Dexter and Margaret Adams; grandparents, Bill and Joy Hughes; and cousin, Eddie Livingston.
She will be greatly missed but cherished in thought by her mother, Norma J Adams and Ron Hickman (Johnson City); her brothers, Jordan Adams-Ramirez and Ivan Ramirez-Adams (Johnson City), her sons, Michael “Rhys” and “Noah” Lee-Jordan; her best buddy and fiancé, Bobby James (Hampton, Tenn.); and several aunts, uncles, cousins, friends, neighbors and co-workers. Condolences may be sent to the family at our website, www.memorialfcelizabethton.com.
A Celebration of Life will be held at Valley Forge United Methodist Church, Elizabethton, Tenn., on October 9 at 4 p.m. with the receiving of friends being 2 until 4 p.m. with Mr. Nathan Dugger officiating. Donations may be made to the Washington County Animal Shelter in lieu of flowers.
Memorial Funeral Chapel is serving the Adams Family.