A Life Lived: Harvey Prichard was a spiffy dresser, but it was his kindness that won’t be forgotten 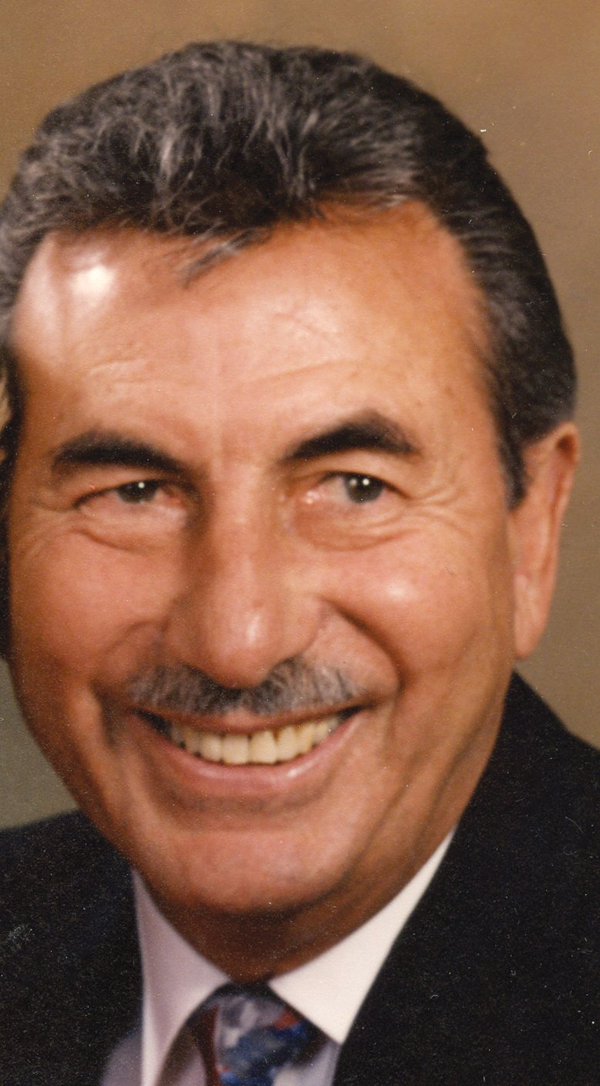 BY ROZELLA HARDIN
Editorial Director
rozella.hardin@elizabethton.com
I’ve heard it said by many — including Harvey Prichard — that clothes don’t make a man, but clothes have got many a man a good job.
Harvey was my co-worker at the STAR for 30 years, serving as associate publisher. In addition to serving as an assistant to Publisher Frank Robinson, he also worked in advertising, answered the switchboard, and often times was just a general flunkie, just doing whatever needed to be done. He never thought himself too good to do the most menial of tasks.
Harvey died Sept. 14 at the age of 91, just a few weeks after the death of his wife of almost 70 years, Margaret.
Harvey was a gentleman and immaculate in his dress. He enjoyed getting up and coming to work each day, and rarely did he miss a day of work. During his earlier years he had worked at the Bristol Herald Courier, Kingsport Times News, Sullivan County News, all in the advertising department. He then re-located to Texas City, Tx., where he served as publisher of the Texas City Sun for 13 years.
During his high school years, he lived with the Robinson family, and often referred to his adopted parents as “Papaw” and “Mamaw” Robinson. His mother was a cousin to Mrs. E.E. Robinson, and the Robinson boys, especially Frank, Fred, and Herman, were like brothers to him.
He learned to work as a high school student as among his first jobs was ushering at the Bonnie Kate Theater. He had fond memories of his days at the Bonnie Kate and ofter reminisced about them. It was during those high school days when he often wore hand-me-down clothes that he decided that one day he was going to have “nice clothes,” and that he did.
Shirley Nave, who worked with Harvey during his time at the STAR, notes that Harvey “was a very gracious person and was always eager to help. He was good to work with and for, and had a wonderful sense of humor. Harvey was one of those people you never forget and you wish there were more people in the world like him,” said Shirley.
Harvey, during his newspaper career, saw many changes in the newspaper industry — from the old hot type presses to cold and then, the change to computers. No one could beat him when it came to designing newspaper ads, and that was when they were designed with pencil and paper — not computers.
Patsy Johnson, former STAR receptionist, shared that Harvey was a “spiffy” dresser except when he wore shorts and those “tall” socks with garters. “All he needed was a camera around his neck,” she shared with a Patsy chuckle. Harvey often took a lot of joking about his support stockings which he wore, even with his shorts.
She recalled him keeping candy either in a cup on his desk or in a bag in his desk drawer, which he gladly shared with others. “He was one of a kind and a pleasure to be around. He always had your back. Even after he retired, he would often come back and relieve me for a lunch break or just a 10 or 15-minute break,” Patsy said.
She further noted: “He and Margaret were a complement to each other.”
Suzanne Galyon, former photographer, noted Harvey’s kindness. “He was always in a good mood. I never knew him to get mad and fuss at anyone. He was a very neat person — right down to his desk. He also kept a real ‘nice ride,’” Suzanne said.
She remembers him often making a walk-through after hours.
Suzanne shared that when Harvey had hip replacement surgery, he would come back after hours to walk, a part of his therapy. “He would often spend 45 minutes to an hour walking through the building, up and down the ramps and through the hallways,” she recalled.
“There was nothing shaggy about Harvey, he was always dapper,” Suzanne shared.
I remember Harvey being an encourager. He always took the time to say, “I liked the paper today,” or “the paper looked good today,” and he would often comment on a story I or someone else did. And, he was always good for a story or two from his past when he stopped to chat.
Harvey kept in touch with his Elizabethton High School classmates, and for several years helped organize their class reunions. He also loved his church at Grace Baptist, especially his Sunday School. In later years, he was unable to go to either because of his or Margaret’s illness.
Harvey had met Margaret when he worked in Blountville at the Sullivan County paper, and it was love at first sight. She was an excellent cook and a spiffy dresser, too. But, she was always supportive of Harvey and his career. Together, they complemented each other.
Harvey would be the first to tell you that clothes and manner do not make the man, but when he is made, they greatly improve his appearance.
We are far better at our job because people like Harvey Prichard spent some time at our side and encouraged us.

Workshops to look at district lines, reduction of commissioners