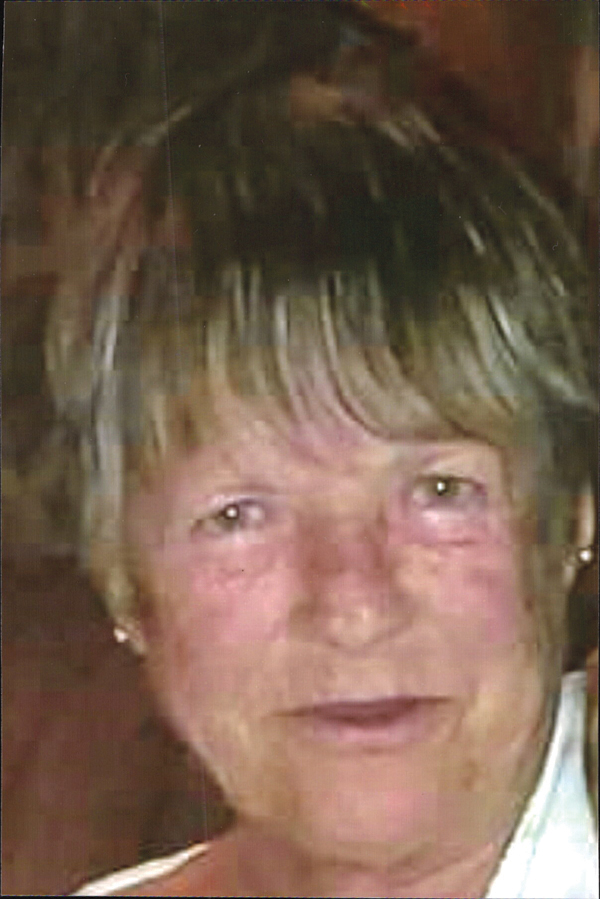 Alice Charlton, 68, of Elizabethton, went home to be with the Lord on Thursday, October 14, 2021, at Johnson City Medical Center. Alice was born October 26, 1952 in Akron, Ohio, to the late Clayton and Rose Grace Allshouse.
In addition to her parents, she was preceded in death by her husband, Newell Harvey Charlton; her brother, Teddy Turner; her boyfriend of 20 years, John White, October 8, 2021; and her dog “Jack.”
Alice was a homemaker and of the Baptist faith. She enjoyed traveling, canning and most of all her grandchildren. She was a loving mother and grandmother.
Those left to cherish her memory include her son, Newell Charlton Jr. (Ashley) of Elizabethton; daughter, Sheila Bowers of Elizabethton; grandchildren, Tyler Carr of Elizabethton, Marissa Foster (John) of Cuyahoga Falls, Ohio, Corey Bowers of Elizabethton and Logan Charlton of Elizabethton; brothers, Clayton Allshouse Jr. of Cuyahoga Falls, Ohio, and James “JW” Turner of Elizabethton; great-grandchildren, Zaden Foster and Kyler Foster, both of Cuyahoga Falls, Ohio; special nephew, Jimmy Ray Charlton, and special niece, Tonda Little, both of Elizabethton.
A service to celebrate the life of Alice Charlton will be conducted at 7 p.m. Monday, October 18, at Tetrick Funeral Home, Elizabethton. The family will receive friends in the Chapel of Peace from 5 until 7 p.m. Monday, prior to the service. The graveside service and interment will be conducted at 10 a.m. Tuesday, October 19, at Happy Valley Memorial Park, Garden of Prayer section. Those wishing to attend are asked to meet at the funeral home by 9:15 a.m. Pallbearers will be selected from family and friends. Online condolences may be shared with the family on our website, www.tetrickfuneralhome.com
Tetrick Funeral Home, Elizabethton, is honored to serve the Charlton family. Office: (423) 542-2232. Service Information Line: (423) 543-4917.