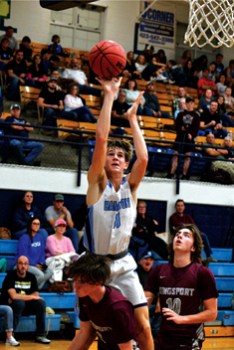 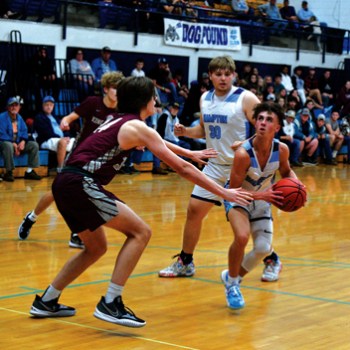 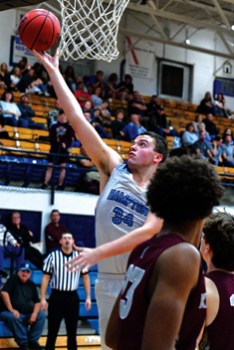 Star Photo/Ivan Sanders The Bulldogs Hayden Campbell goes up for a tough bucket against the Indians. 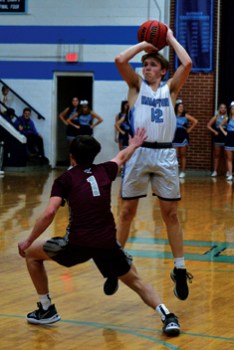 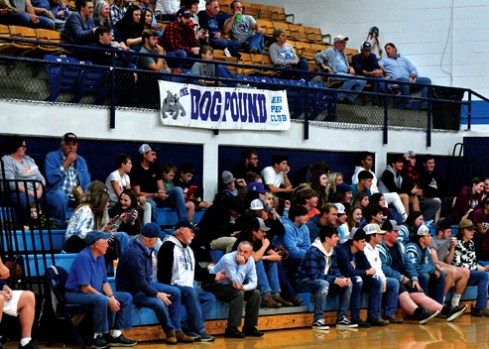 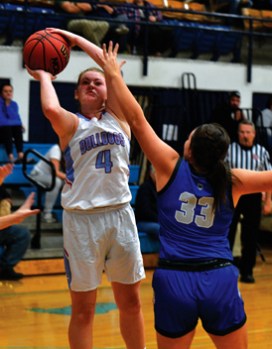 Star Photo/Ivan Sanders Hampton's Macy Henry gets off a tough shot with the hand of West Ridge's Chloe Nelson in her face. 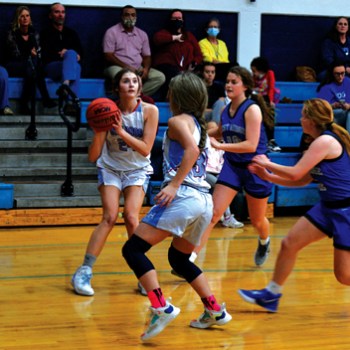 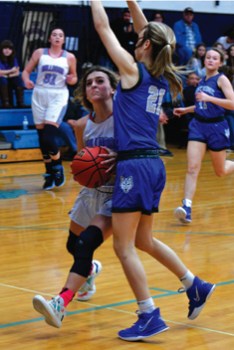 BY IVAN SANDERS
STAR SPORTS EDITOR
ivan.sanders@elizabethton.com
With teams gathering from Class A, Class AA, and Class AAA for a series of 20-minute basketball contests, that could mean only one thing – basketball season is almost here.

Boy’s and girl’s teams were paired off for a 20-minute running clock except in the last minute as fans were able to get a glance at what their respective team might bring to the table this season.

The night also served as an opportunity for local media to sit down with head coaches with questions about their respective team for the upcoming season included potential starters, the team overall, and how each coach saw the season panning out in their respective league.

The season will begin in earnest next week as teams throughout Northeast Tennessee will get their first taste of regular-season action.