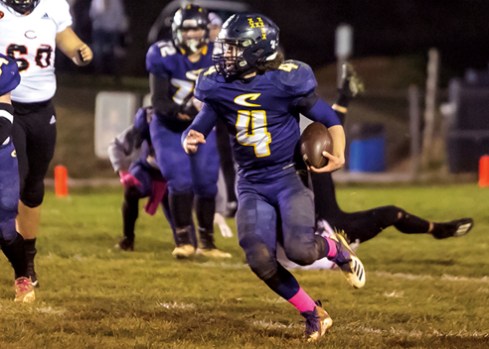 Star Photo/Larry N. Souders The Highlanders Seth Birchfield (4) opens the game with a 20 carry on the first play from scrimmage against the Yellow Jackets of Coalfield. 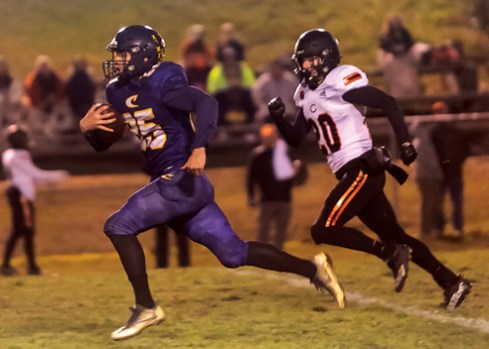 Star Photo/Larry N. Souders Cloudland’s Caleb Sluder (35) breaks off a 55 yard touchdown run on the Highlanders second play from scrimmage only to have it called back for a holding penalty. 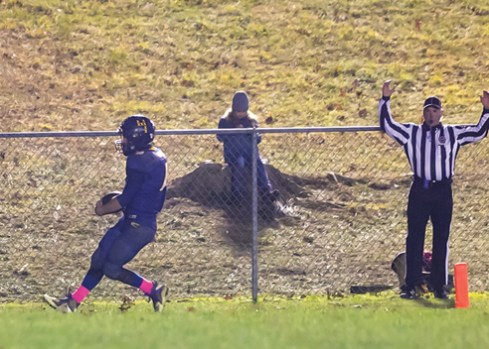 Star Photo/Larry N. Souders The Highlanders Seth Birchfield (4) score on a 34 yard run to give Cloudland an early 6-0 on their opening drive of the game. 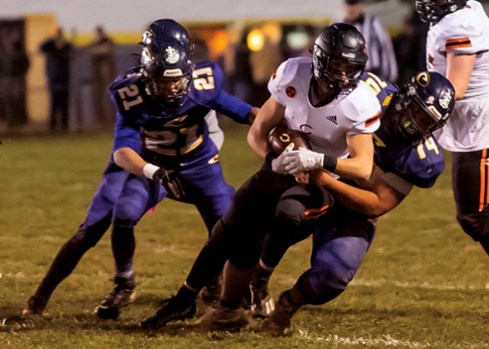 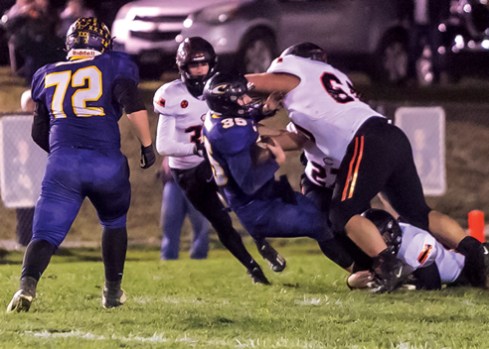 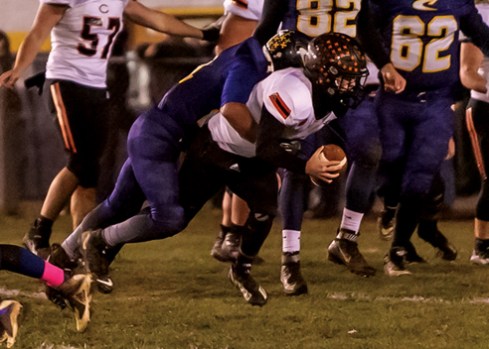 BY ALLEN LAMOUNTAIN
STAR CORRESPONDENT
ROAN MOUNTAIN – The margin was razor thin as was the final score as Cloudland toppled Coalfield 22-21 on Friday night at Orr Field in the third round of the TSSAA Class 1-A playoffs.
In the process Cloudland finally got past the Yellow Jackets after eight playoff defeats.
Senior tailback Seth Birchfield made up for his fumble that allowed Coalfield to take a late lead with a touchdown with 1.4 seconds left on the clock and he added the two point conversion for the razor thin margin of victory.
When asked if he was vindicated for his fumble Birchfield said, “Yeah. It was all on me, and I knew what I had to do. The guys up front blocked great, everybody played great.”
Birchfield was headed to the end zone at the start of the fourth quarter with the Highlanders and Yellow Jackets knotted at 14-14 when he lost the handle and safety Levi Mullins scooped up the loose ball.
Mullins rumbled 97 yards for what looked like the go ahead touchdown but it was called back on a block in the back, but Coalfield was set up at the 46-yard line and the ‘Landers were in deep trouble.
Coalfield took it’s only lead of the game four plays later when Landon Galyon caught a 16-yard scoring pass from quarterback Cole Hines to give the Jackets a 21-14 lead with 5:20 left in regulation.
To make matters worse, Cloudland was hit with a penalty that gave Coalfield the kickoff at the 50-yard line and Cloudland was set back to the 20 on the touchback.
Cloudland (12-1 overall) drove 70 yards on its first possession of the contest on nine plays with Birchfield rumbling 37 yards for the touchdown that gave the ‘Landers a 6-0 lead.
Senior running back Caleb Sluder added the deuce for an 8-0 Cloudland lead.
Coalfield (10-3 overall) answered with a five-play, 62-yard drive with a 38-yard scoring pass from Hines to Canaan Bowling. Luke Treece booted the point after to make it an 8-7 contest.
That score held through halftime and Cloudland stopped Coalfield on downs on its initial drive of the second half.
The ‘Landers then went 75 yards on 12 plays with Birchfield scoring on a 35-yard run but the point-after run was no good and Cloudland had to settle for a 14-7 advantage.
But, like they had after Cloudland’s first touchdown, Coalfield answered right back with a 46-yard pass from Hines to Mullins and the PAT tied the game at 14-14.
Then came the Birchfield fumble and Yellow Jacket touchdown that gave Coalfield the lead.
“These guys are resilient,” ‘Landers head coach Zac Benfield said. “They have been building it since August and I told them when we got the ball on the last drive that we weren’t going for any trick plays, we are just going to take it to them and get this win.”
Using nearly every second on the clock the ‘Landers drove to the Coalfield 29-yard line when Birchfield – lined up in the Wildcat formation – floated a pass to Gage McKinney who caught the ball at it’s high point between two Coalfield defenders to the six-yard line.
Sluder carried to the three-yard line and Birchfield got it to the one with the clock ticking down but Cloudland was hit with a motion penalty to set them back to the six-yard line.
Birchfield then showed his speed to the edge and scored untouched running over the right side.
“On the last touchdown, all night we had been running strong side,” Benfield said. “On this play we ran weak side and it popped wide open. I can’t say enough about these guys, there is no quit in them. This game showed the kind of character they have. I can’t even describe how I feel right now. It is the happiest I have ever felt.”
Birchfield finished with 194 yards on 22 carries with Sluder adding 104 ground yards. Hines completed 7-of-15 passes for 182 yards and three touchdowns for Coalfield.
The ‘Landers will host South Pittsburg – a 44-14 winner over Gordonsville – next Friday in one of two TSSAA Class 1-A Semifinal contests.
—
Cloudland 22-21
TSSAA Class 1-A playoffs
Coalfield 7 0 7 7 – 21
Cloudland 8 0 6 8 – 22
Scoring summary
First Quarter
C – Birchfield 37 run (Sluder run) 7:50
Co – Bowling 46 pass from Hines (Treece kick) 5:02
Third Quarter
C – Birchfield 35 run (run failed) 5:05
Co – Mullins 46 pass from Hines (Treece kick) 2:54
Fourth Quarter
Co – Galyon 16 pass from Hines (Treece kick) 5:20
C – Birchfield 6 run (Birchfield run) :1.4 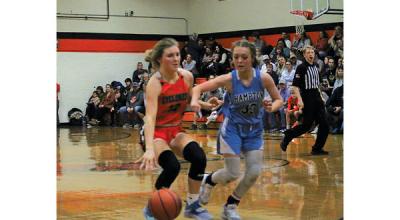 T.A. Dugger and Hampton clash on the hardcourt 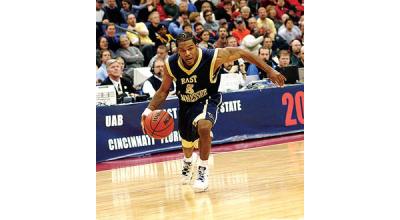 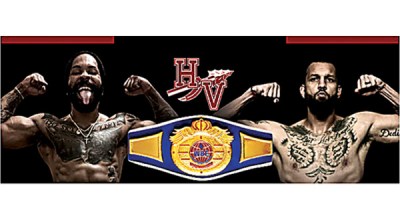