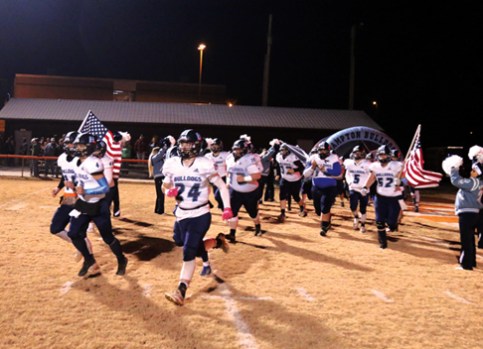 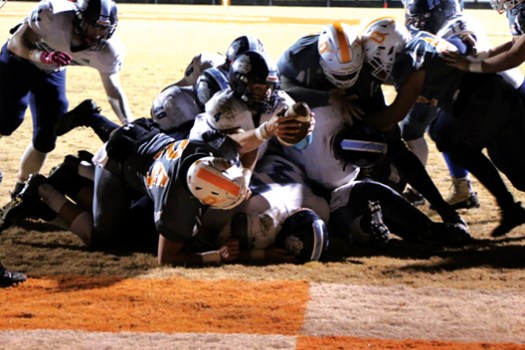 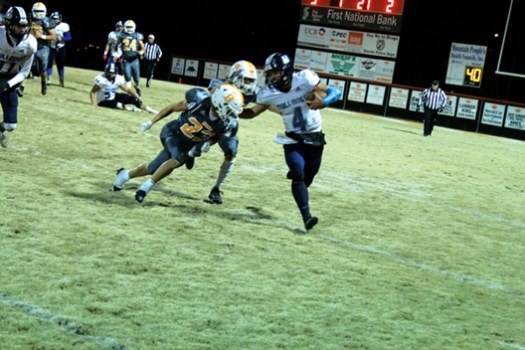 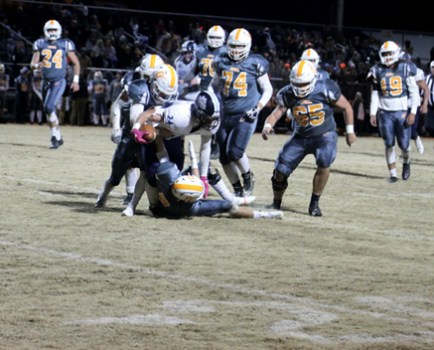 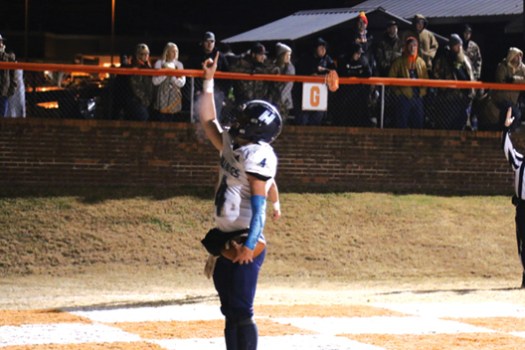 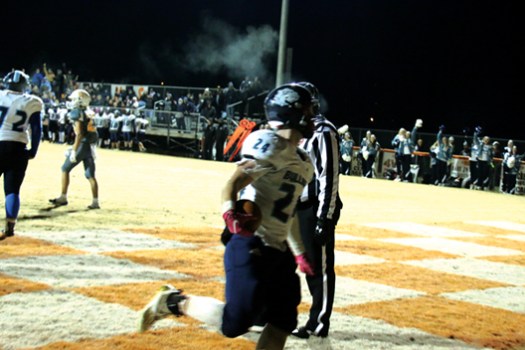 BY NIC MILLER
STAR STAFF
nic.miller@elizabethton.com
ONEIDA – When the Hampton Bulldogs made the trip to Rockwood last week in the second round of the TSSAA 2-A state playoffs, fans went wild as the team became the seventh in Hampton history to advance to the quarterfinal round.

And on Friday, the Bulldogs took the field with the same hunger they have shown all postseason. And because of that hunger, Hampton came, they saw, and they conquered the Oneida Indians to make it into the final four teams in the state of Tennessee for Class 2-A.

Hampton received the ball to start the game, but it was nothing doing, as the Bulldogs were forced to punt. But the same was said for the Indians who gave the ball back to the Bulldogs on their inaugural drive.

The Bulldogs second drive of the contest was where things got interesting as Hampton took control of the pigskin after a mishap on the Indian punt, taking possession at their opponents 32-yard line.

It was a methodical drive, with the visitors pounding the rock until quarterback Conor Jones found the promised land from one yard out for the first score of the game.

Hampton would go for two, and they would convert with Jones finding Ryan Crumley for the conversion making it an 8-0 ball game late in the first.

The Bulldogs took over on their next possession after forcing another Oneida punt. And this drive would start late in the first period and conclude with nine minutes remaining in the second stanza with another Jones rushing score from one yard away. The two-point conversion was no good as Hampton took a 14-0 lead over the Indians

On their next drive, the Bulldogs showed just how impressive their offense is driving 99 yards down the field after being pinned deep by an excellent punt.

A drive that would take six minutes off the clock concluded with a bit of trickeration as Levi Lunsford took the toss at the Oneida ten-yard line where he would pitch the pigskin to Dylan Trivett.

Trivett found Jones who was wide open at the goal line scoring his third touchdown of the contest.

Morgan Lyons tacked on two more as the Bulldogs increased their advantage to 22-0 with under a minute to go in the first half, a score that the visitors would take into the locker room at the break.

To start the second half, it would be Oneida striking first as Caden Rector found McLorne Love from nine yards out to shorten the deficit to 22-7 late in the third period.

But the Bulldogs would strike right back on their next possession with Lyons fighting past the line of scrimmage and diving across the goal line from nine yards out. Jones would call his own number on the conversion, giving Hampton a 30-7 lead with nine and a half minutes to go in the ball game.

On the Indians next possessions, Hampton’s Jones would do all but seal the deal with an interception taken back to the 32-yard line, setting the Bulldogs up for a shot to advance to the state semifinals.

With little left to do for the Bulldogs, Hampton headed home happy as they advanced with a 30-7 victory over Oneida to become one of the final four teams in Class 2A.

In the win for the Bulldogs, Jones scored three touchdowns and finished with 54 rushing yards as well as 30 passing yards. Lyons ended the night with 89 yards on the ground and one score, while Lunsford amassed 128 rushing yards.

The Hampton offense finished with 381 total yards on the night.

For the Indians, Rector finished with 150 yards while the entirety of the Oneida offense totaled 200 yards on the night.

Hampton head coach Michael Lunsford is headed to his first ever state semifinal appearance as head coach of the Bulldogs and he spoke on what this win means for him and his team.

“I couldn’t be more proud of these boys, they have worked so hard. It isn’t pretty, we aren’t a finesse team, but these guys come to work each day and are a tough bunch. These guys have grit, and not everyone can come out and do what we do, but these boys can.”

The Bulldogs will continue their run for a state title next Friday against the Trousdale County Yellow Jackets at JC Campbell Stadium in Hampton with a 7 p.m. kickoff.