More than just flipping a switch 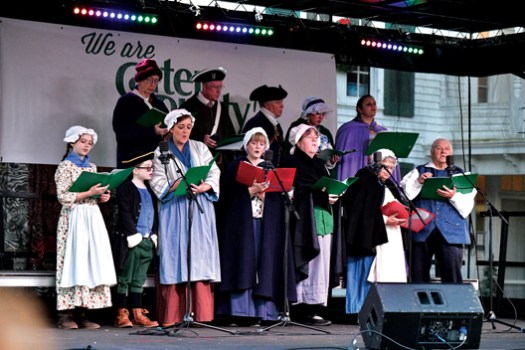 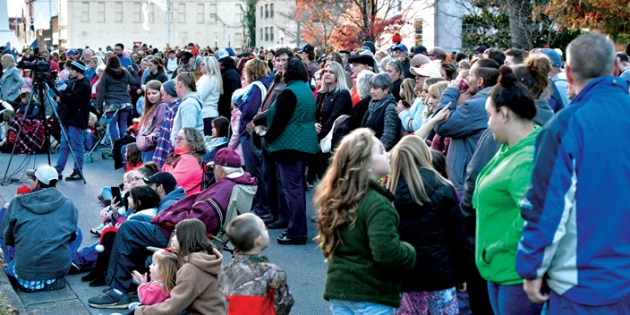 Star Photo/Ivan Sanders A huge crowd came out for Saturday's kick off of the holiday season as the Fraser fir in downtown Elizabethton was lit with hundreds of bright Christmas lights. 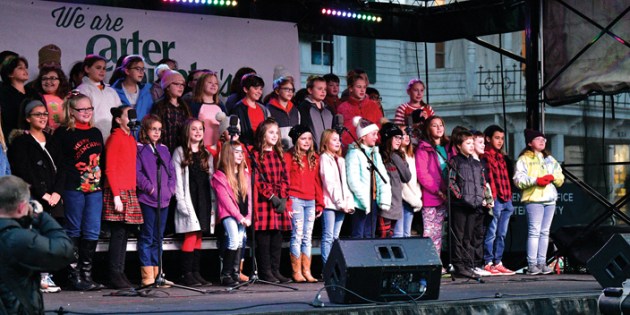 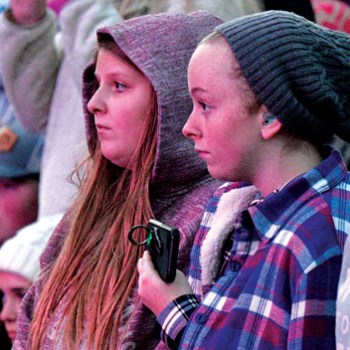 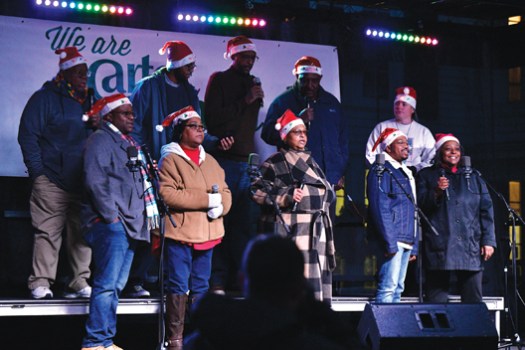 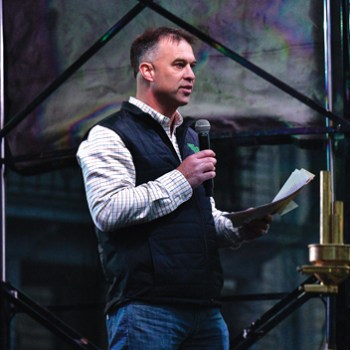 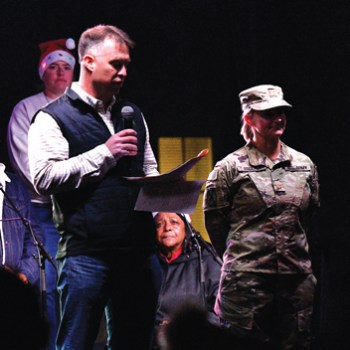 Star Photo/Ivan Sanders Carter County Bank President Andrew McKeehan introduces Major Margaret Eggers who conducted the count down to the tree lighting. Major Eggers was one of the last American's out of Afghanistan. 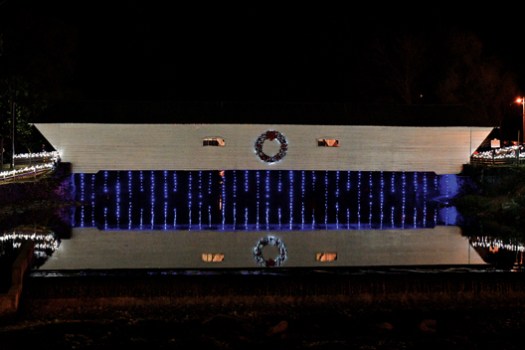 As Major Margaret Eggers made the final countdown and pulled the train whistle to signal for the switch to be thrown, there was almost a sigh of relief among the gathering of more than 3,000 people.

The annual downtown Fraser fir tree-lighting celebration was an opportunity for residents to return the tradition of lighting the tallest, live, decorated Fraser fir in Tennessee to signify the official start of the holiday season.

“It is very important to us,” said Andrew McKeehan, president of Carter County Bank which hosted the event. “We love this community and to be able to host this kick-off event to start off this holiday season, we couldn’t be more excited and proud to be a part of it.

“Last year with COVID, we had to scale it down and live stream it. This year, we are able to have a live crowd and to live stream it which makes it a more exciting time for us.”

It was the 33rd annual lighting of the tree in downtown Elizabethton. This was the second year that the bank has hosted the event.

“When the Chamber of Commerce decided to let it go, there was a group of six to eight people concerned about it and they all met at the chamber and they have helped to continue to put this together for the last two years,” McKeehan said. “It’s great to have their input and some different voices to make this thing bigger and better each year and we hope to continue and grow it.”

Carter County Bank Chairman of the Board Dale Fair thanked the community for coming to the event and offered a prayer.

After the tree was lit, families took time to huddle together with the tree in the background for photos. Children and parents moved from the tree to the Covered Bridge Park where the Elizabethton Parks and Recreation Department had illuminated the park with sparkling Christmas lights and covered the ground with candy canes for the Kid’s Candy Cane Quest.

Santa and Mrs. Claus even made a special trip from the North Pole to greet all the children who had gathered.

“It’s just great and it makes you appreciate how much we have here in Elizabethton and Carter County,” said Elizabethton City Mayor Curt Alexander. “To see all these people and kids having a great time getting ready for the Thanksgiving and Christmas season … it’s just really special for me as a father and my children to come out here as well as having the community to come together and enjoying an event like this.

“Everybody wants to get back to normal. It’s really tough especially on children because they need that interaction and social interaction amongst each other. It’s great today to see these people as things continue to get back to some sense of normalcy.”

“You cannot talk about how good Mike Mains and his staff are because every time you do they take it up another notch,” said Alexander. “Everything they do they go all out and the community loves it. It’s just a wonderful group of people to pull all of these events together for the community.”

Retired West Side Elementary kindergarten teacher Vera Peters summed up the night’s events. “This is wonderful to see all these people out here tonight. It was just beautiful. I almost wish they would turn it off and do it again.”

The opening of the ice skating rink and the downtown Christmas parade is slated for the next couple of weeks as tickets are now being sold for ice skating which opens on Saturday, Nov. 27, and runs through Sunday, Jan. 16, 2022.

Santa will make a return for the downtown Christmas parade on Saturday, Dec. 11, from 1-3 p.m.