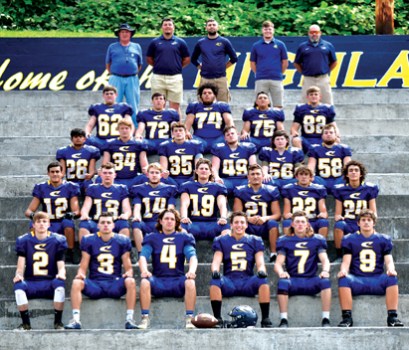 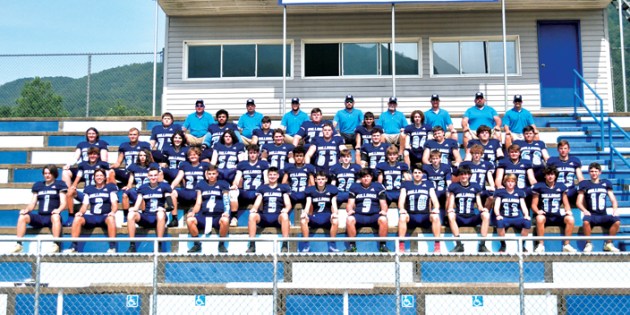 BY IVAN SANDERS
STAR SPORTS EDITOR
ivan.sanders@elizabethton.com
When 7 p.m. hits Friday night in Carter County, a piece of sports history will occur as not one, not two, but three Carter County football teams will be taking the field for an opportunity for another shot at history the following weekend should all come out with a win seeking a 2021 TSSAA BlueCross Bowl state championship in three different classes.

Cloudland (1-A), Hampton (2-A), and Elizabethton (5-A) will take their home fields in the state semifinals with each team having an equal chance of taking their respective contests.

Elizabethton Athletic Director Forrest Holt was asked about the significance of having three schools from the same county battling for a state championship berth.

“I have thought about that myself the other day,” Holt said. “How is this one area – Carter County, with smaller schools when you look at other counties with multiple districts that have larger schools typically. We (Elizabethton) are the biggest school at 4-A while the other schools are AA and A schools. To me, it speaks to the toughness of the kids that are here in Carter County.

“You think about Cloudland – how are they where they are at and you look at the beginning of this season and they had barely enough kids to start the season and here they are in the semifinals of the state in football and the only thing I can think about is man what tough kids those are and how resilient they are and their mentality. And the same thing for Hampton. They have a pretty rich history of tough football teams, success and they have had some success in the playoffs.

“It’s just the toughness of the kids and the community is starting to get behind the kids in football.”

It’s one thing to play in the semifinals and another to actually make it to the final game of the high school season with a state title and gold ball on the line.

All three teams now sit in the driver’s seat in making that happen.

“Our school and community are super excited about the game this coming Friday,” said Hampton Athletic Director Dewayne Humphrey. “Having three teams in our small community to get play in the semi-finals is a tremendous accomplishment for Carter County. It speaks to the quality of our coaches, and athletes.

“Our team has prepared for this since after the last year’s loss against Meigs County. Participating in the semi-finals is a great accomplishment and they are going to enjoy the moment but their ultimate goal is to hold the gold ball next weekend.”

Holt added that he hoped that somehow that the Cyclones success in the last two years has played a part in helping these other teams realize that anything is possible when you work hard to make it happen.

“I don’t mean that in an arrogant way, I just think in a good way it’s the fact that we can go down and do that then this area can do it to in Hampton, Cloudland, and even Unaka who are out of it but had a great season as well. It makes me proud of this area to show we have tough and talented kids here to have that kind of success,” Holt added.

There is added meaning in Friday’s game for Cloudland as it has been almost 20 years since the Highlanders defeated a tough South Pittsburg squad to earn a trip to the state finals.

“The fact that our very own Coach (Zac) Benfield played on Orr Field and has put so much time, energy, and love into the kids this year makes the opportunity so special. Our kids are hard-nosed and hungry for a state championship berth, and our community is 100% behind them.”

All of the athletic directors concurred that the games are serving a special purpose in the community and that is bringing all the different school communities together in support of each other.

“Athletics can bring people together because it gives you something positive to get behind in our kids,” said Holt. “They are all our kids whether its Hampton, Cloudland, or Elizabethton – they are Carter County kids and they are the ones that are going to be working and owning businesses in Carter County one day.

“We are all behind each other. I would be proud of any Carter County team being where they are at and I hope they are all successful.”