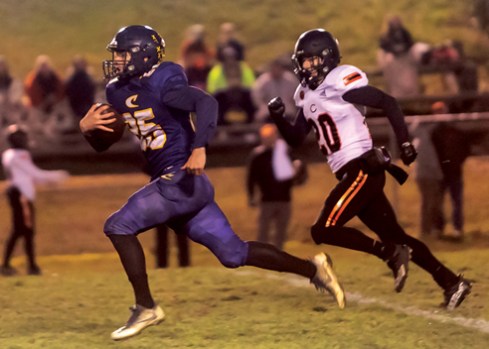 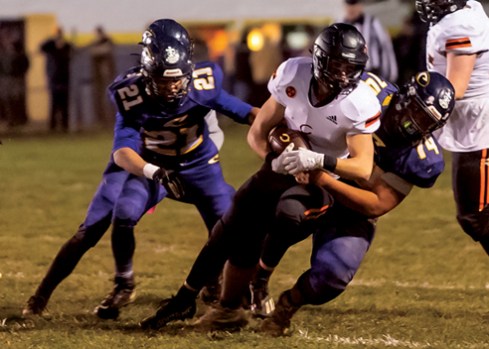 BY ALLEN LAMOUNTAIN
STAR CORRESPONDENT
Nearly 20 years to the day that Cloudland defeated South Pittsburg 44-6 on November 24, 2001 to earn a trip to the state finals, the Highlanders will welcome the Pirates of 2021 to Orr Field on Friday night for a rematch that sends the victor to the state finals.
Cloudland (12-1 overall) earned a 22-21 victory over Coalfield – a rival that had plagued the ‘Landers for decades – and now face off against one of the best teams in Class 2-A.
“South Pittsburg is very good,” ‘Landers head coach Zac Benfield said. “They are big, tall, athletic and really fast. We will have to be disciplined.
“I think that no matter what we are doing we’ll have to do it to the best of our ability. We want to keep them guessing on what we are doing. I try to change things up every week and try to get opposing defensive coordinators arguing over what they see from us.”
The Pirates (10-2 overall) come in averaging 36.8 points a game while surrendering just 12.6 points per game defensively. They feature some big play options in senior running back De’Andre Kelly and senior quarterback Richard Hunter.
At the wide receiver position the Pirates like to throw to Keshaun Hill and Hunter’s twin brother Reginald Hunter as well as Kelly out of the backfield and junior tailback Jaden Mount.
Against Coalfield the ‘Landers ran effectively out of the Wildcat formation, a tactic they may use again, but Benfield is holding his game plan close to the vest as you would expect.
“We predicate ourselves on being physical and that won’t change,” Benfield said. “We won’t change a lot whether it is the power game or the pass game, we have to stay true to who we are and just do everything right and stay disciplined.
“I mean we have to be that way throughout the game, not just the first quarter or the first half, but even down to the fourth quarter when your tongue is hanging out and you are dog tired.”
Senior running backs Seth Birchfield and Caleb Sluder led a rushing attack against Coalfield that saw the ‘Landers rush for over 325 ground yards and led a fourth quarter comeback that was one for the ages.
Trailing by seven points and backed up their 20-yard line, Cloudland went on a methodical 15 -play drive that showed no sign of panic or worry despite the fact that the outcome of the contest hung in the balance.
A Birchfield to Gage McKinney pass put the Highlanders in scoring position at the six-yard line and Birchfield found paydirt two plays later. With 1.4 seconds on the clock, Cloudland faced a two-point conversion that was win or go home and Birchfield smashed his way into the end zone and did a front flip as he flung the ball skyward.
As always the fate of the season comes down to the front line both offensively and defensively to open holes in the run game and shut down the opponent’s offensive attack.
Senior Maverick Simerly has made his mark on these playoffs with multiple sacks of opposing quarterbacks in each round of the playoffs and he collected three against Coalfield to help establish the ‘Landers pass rush.
Game time is set for a 7 p.m. kickoff in Roan Mountain.