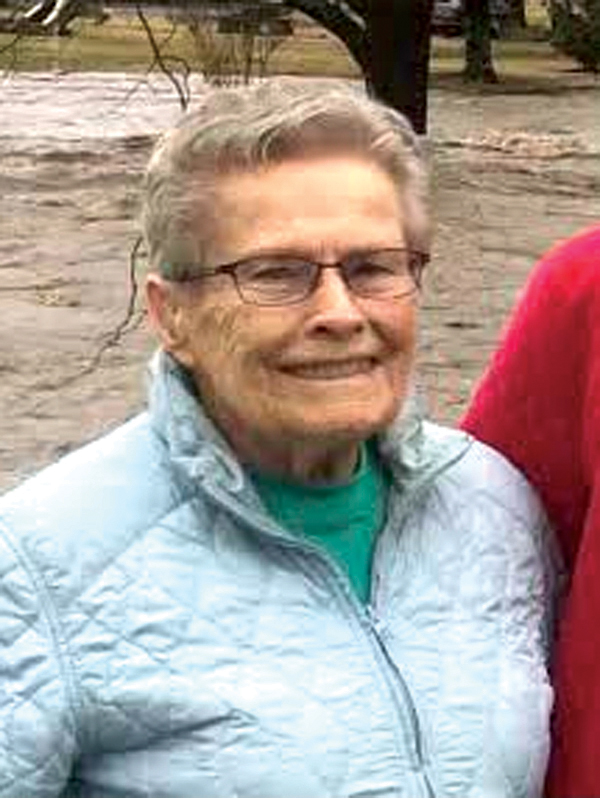 Mary Louise Kenny Locy, of Elizabethton, Tenn., died at 101 years, peacefully with her family on November 16, 2021 at Sycamore Springs Senior Living Community in Elizabethton.
Mary was born in Aliquippa, Pa., in 1920, to Francis D. And Anne E. (Shannon) Kenny. Mary graduated in 1938 from St. Mary’s Catholic High School in Royal Oak, Mich. She went on to business school, afterward working as an accountant. She worked for GM Truck and Coach before moving to San Francisco during WWII to work for Caterpillar Tractor Co. Returning to Royal Oak after the war, she raised her children and went to work for the accounting department at Pontiac Motors. She managed the inventory of all Pontiac automobiles from the time a customer placed an order, through manufacturing on the assembly line, to delivery to the dealership. As such, she handled communications between Pontiac headquarters and the factories and national zone offices, striking fear into the hearts of those who did not live up to her high standards for accuracy and accountability. In 1982 she retired with her husband John Locy to Orlando, Fla., to improve her golf game. Mary had been an accomplished seamstress since her early teens, learning to sew by hand at the age of four from her dear Grandma Shannon, later moving on to a treadle machine. After her years in Florida of golf, tap dancing lessons and costume creation for class performances, she moved to Johnson City in 2006 to be near her family in the pleasant weather of Tennessee. She has belonged to St. Elizabeth’s Catholic Church, Elizabethton, since 2006, participating in the Ladies Guild and their annual Christmas Craft Sale. She moved to Elizabethton in 2012. Mary had thoroughly enjoyed belonging to her communities of Elizabethton, St. Elizabeth’s, and Sycamore Springs, where shd has been known for her witty sense of humor.
Mary was preceded in death by her beloved husband, John L. Locy; her sons, Edward, Mark Edward, and Mark Francis Saulnier; granddaughters, Elizabeth and Kristen Brinker; brothers, Francis and William Kenny; and sisters, Elizabeth Potter and Patricia Blugerman.
She is survived by daughters, Mary Ann Andrew, Md., Patricia Saulnier, Mich., Linda White, Calif.; sons Kevin Saulnier, Elizabethton, Neil Saulnier, Mich., John R. (Christine) Locy, Mich., William (Ann) Locy, Colo.; grandchildren Ben Andrew; Jordan Brinker, Kathleen Fitzgerald, Kristen Tamm; Allison Saulnier; John Robert and Elizabeth Locy; Erin, Mark, Adam, and Megan Locy; Morgan Huntley and Madison Saulnier. Mary’s family includes 16 great-grandchildren, as well as her many cousins, nieces, and nephews. Three great-grandchildren have been learning to hand sew since age four, Mary’s rich legacy to them through her daughters and granddaughters.
Her family would like to acknowledge the loving care given to her by all the staff at Sycamore Springs, and the Amedisys therapists and hospice nurses. Each and every one of them have contributed to her joy and comfort in the last months of her life. May God smile upon them.
Mary has donated her body for medical research to Restore Life USA, Elizabethton. Her family is planning a funeral Mass in mid-December at St. Elizabeth’s, Elizabethton. In the spring there will be a funeral Mass at St. Mary’s, Royal Oak, Mich., followed by interment of her ashes in Holy Sepulchre Cemetery, Southfield, Mich. Dates will be published when they are confirmed.