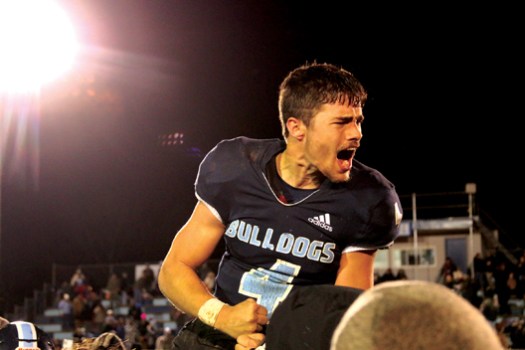 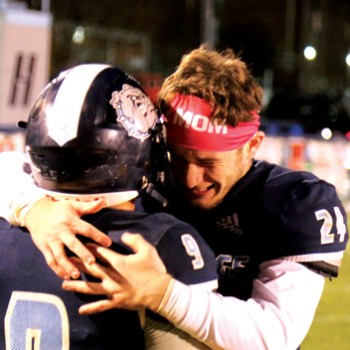 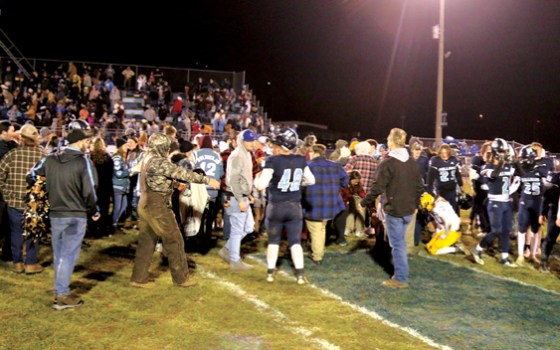 Star Photo/Nic Miller Bulldog fans surround the team after Hampton held off Trousdale Co. to advance to this week's Class 2-A BlueCross Bowl in Chattanooga. 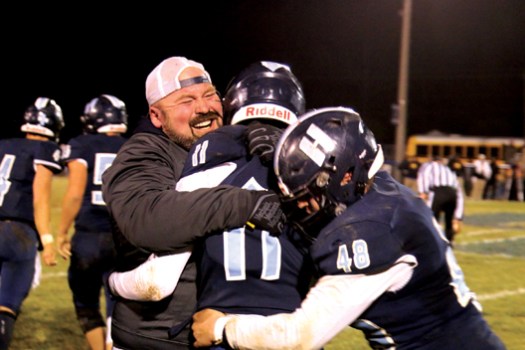 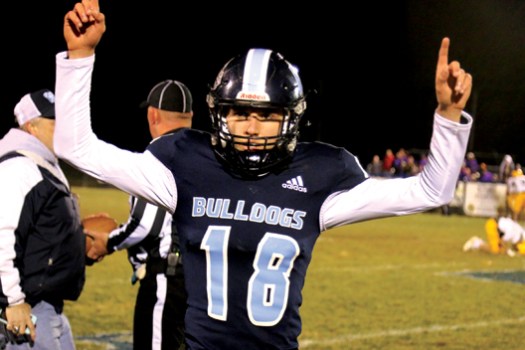 Star Photo/Nic Miller Hampton's Dylan Trivett lifts his arms flashing the No.1 after the Bulldogs comeback victory over the Yellowjackets of Trousdale Co. 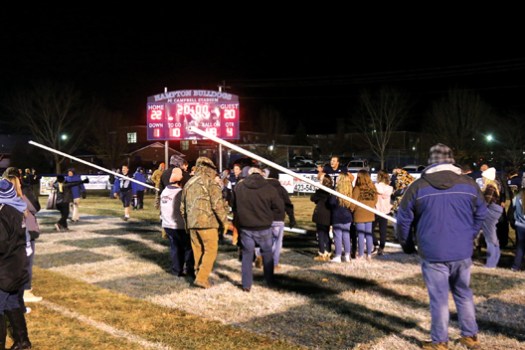 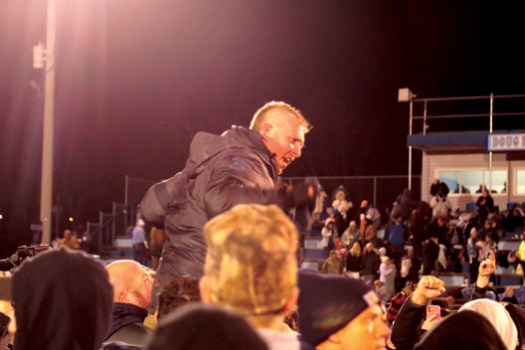 Star Photo/Nic Miller Bulldog head coach Michael Lunsford is carried off the field on the shoulders of his players and coaches after the win over Trousdale Co.

BY NIC MILLER
STAR STAFF
nic.miller@elizabethton.com
Last Friday night, the Hampton Bulldogs made history by defeating Trousdale County in the semifinal round of the TSSAA playoffs and being the first team in school history to punch their ticket to Chattanooga for the 2021 Class 2-A BlueCross Bowl.
And this week, the Bulldogs look to further their attempt in making history by winning the state title against the Westview Chargers on Saturday.
Looking back on last week’s win to advance to the final round, it was something that head coach Michael Lunsford said he couldn’t put into words. “There was so much going through my head after that game that I don’t even think that I could put it into words. It was just complete and utter excitement and I was so proud of the boys,  proud for the community and everyone involved.”
With this year’s team being the first one in Hampton history to make it to the BlueCross Bowl, it meant even more to everyone who has been a part of this season.
“Of course it means that we have done something that no one else has ever done, and it is incredible to see how far these guys have come and how hard they have worked this season, and it is exciting to see it pay off for them,” Lunsford said.
When asked what Lunsford said to the team after the exhilarating comeback win Friday night, it was simple.
“I told the guys to enjoy this one, and that I was tickled to death for them. When we came in today to watch film, I told them that we were gonna watch the Trousdale County film and then that is the last I want to hear about it. I let them know we didn’t need the hangover of it, that we have to play a new team and move forward.”
With this week’s game being the biggest of the year, the Bulldogs need to remain focused the same as they have the rest of the season, blocking out the noise.
“I let the team know that there are going to be a lot of distractions this week and that we need to keep doing what we have done for the past 15 weeks and keep our best foot forward playing the best we can,” Lunsford said.
Something that was the main point of Friday’s semifinal win was the determination that the Bulldogs had to come back from a 12-point deficit with seven minutes to go in the game.
It’s something that Lunsford said will be pivotal in his team’s success this Saturday, saying, “You don’t get to this point if you do not have a scrappy team. If you’re not willing to play hard and get a little skin on the way there, then you aren’t going to have these opportunities, and these boys being willing to do that have put them in this situation.”
The Bulldogs have had strong defensive performances week in and week out during this year’s postseason, and this week the Hampton defense may face their toughest test yet in Westview quarterback Ty Simpson, a five-star player committed to play for the University of Alabama next year.
“We understand that he is a dang good quarterback and a dang good football player, and they have also got a good football team around him. We have to play well and do our best to keep him in check, as well as limit big, explosive plays and easy conversions.
“A way to combat that is to keep the ball as much as we can, and if we keep possession then we can limit those sorts of plays,” Lunsford said.
In terms of offense, the Bulldogs showed off their time management skills, scoring twice in six minutes, something Lunsford said would come in handy this weekend.
“It is important to know that we don’t have to worry and panic about what we are gonna do in those situations. We’re gonna have to mix up the run and pass this week, and we may have to throw it a little more than we are used to. The most important thing for us is to have long, sustaining drives because the longer our offense is on the field, the longer their quarterback is on the sidelines,” Lunsford said.
With Elizabethton High School also competing for a gold ball on Saturday, Lunsford hopes that fans will stay for both games.
“It is a lot of excitement to have two different teams playing in the state championship. I’m sure they will have a lot of fans come to their game and that some of our fans will head down early to catch that one. We hope that it’s a packed crowd for their game and that everyone stays and packs it out for our game later on in the day.”
Lunsford also conveyed a message for the fans making the trip to Chattanooga on Saturday, saying, “All noisemakers are allowed as long as it is not electronic, so bring everything you’ve got and be loud.”
The stage is set. All that is left is for the Bulldogs to leave it all on the field.
The 2021 Class 2A Blue Cross Bowl between the Westview Chargers and the Hampton Bulldogs will take place at 3 p.m. on Saturday at Finley Stadium in Chattanooga. 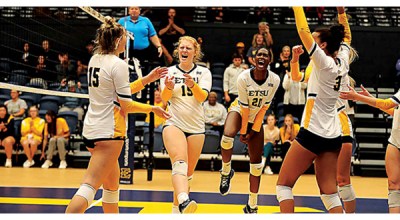