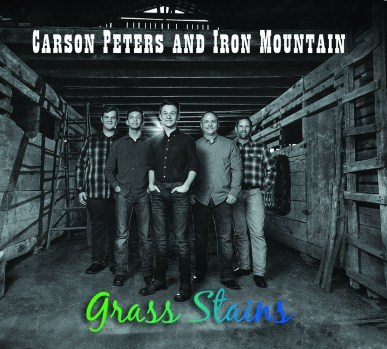 Photo Contributed by Carson Peters Carson Peters and his band Iron Mountain will be giving a free concert at 3 p.m., Sunday, Dec. 5, in downtown Elizabethton. 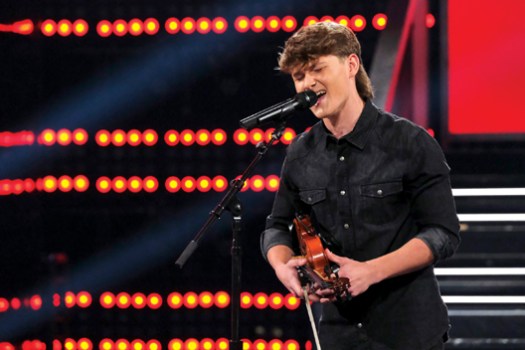 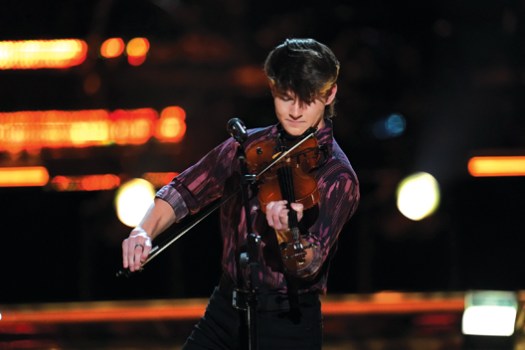 Photo by: Elizabeth Morris/NBC Contributed by Carson Peters Carson Peters plays the fiddle as part of his performance on The Voice. 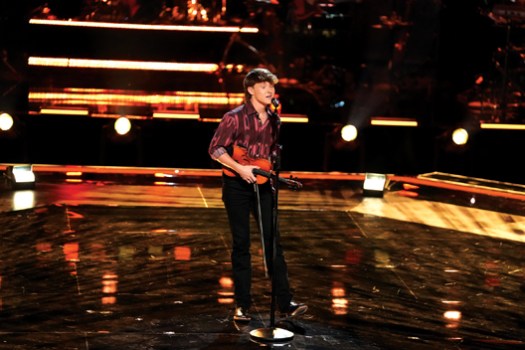 BY IVAN SANDERS
STAR STAFF
ivan.sanders@elizabethton.com
The streets of downtown Elizabethton will come alive on Sunday when local celebrity and musician Carson Peters and his band, Iron Mountain, take the stage at 3 p.m. for a free concert.
The concert will be kicked off by the Elizabethton High School Chorus at 2:30 p.m.
A boost in Peters’ celebrity status recently came from “The Voice” on NBC in which Peters drew a four-chair turn before selecting Blake Shelton to be his coach. Although Peters didn’t make it to the live rounds, he still was a hit with all the coaches and the audience at the taping of the show.
“When COVID hit, the bluegrass band had like 80 shows scheduled for 2020 and we ended up playing six or seven so we were just sitting around with nothing to do,” Peters said. “We were on our way to one of our practices and someone from ‘The Voice’ from last year was on Instagram and I thought doing the show would give me something to do with all the time I had.
“I went on the website and tried out just barely making the deadline which was the next day. I scheduled a virtual audition, and six or seven auditions later they asked me to be on the show.”
In selecting Shelton, Peters went with someone who understood the type of music he hopes to pursue as a career. “Blake gives a vibe that he doesn’t know much about music theory but he really does,” said Peters. “My experience in working with him (is) he knows what sounds good and he may not be as technical as the other coaches, he knows exactly what needs to happen in a song.
“I don’t know those fancy terms either so him relaying those in a more simple way was definitely helpful for me.”
Peters admitted that he was really torn between going with Shelton or Arianna Grande, another judge on the show, especially after seeing her with contestants.
“The people she still has on the show, she had them over for Thanksgiving with her family,” Peters said. “She did a really good job in her first season just really being with her team.
“Those tears are real because when we were filming, every now and then we would sneak in the wardrobe room that had a live TV and we would watch and every time she cried, she cried for 20 minutes and they had to cut it down for television but she was having trouble keeping it together.”
Peters and his mother spent three months in Los Angeles for the taping of the shows, leaving the day after the school year ended in 2021 and returning home a week after school began.
Peters said he is looking forward to this weekend’s performance as it will be one of the first local shows since returning from “The Voice.”
“I am looking forward to seeing a bunch of hometown people that had my back throughout the show. It’s a free concert and we are expecting a pretty big crowd. They will be lining the street like they do in Kingsport,” Peters said.
Peters has always had a big fan base in Elizabethton playing on the Covered Bridge Park stage during the summer but since appearing on “The Voice,” the crowds have grown.
“The support hasn’t been a new thing because everybody in Elizabethton has been very supportive of me and my family,” said Peters. “What I like is I can still walk through school and it’s not a big thing. When I am in public in neighboring cities, when we play a show we have a much big crowd and people wanting photos with me. I love it – it’s been awesome.”
Peters said the show will consist of traditional bluegrass with a Christmas tune or two.