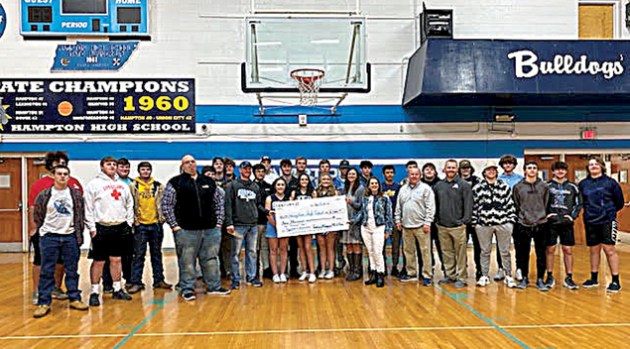 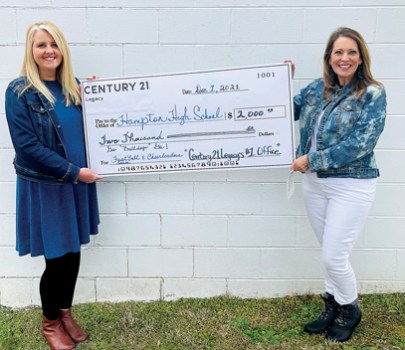 On December 1, CENTURY 21 Legacy sent two representatives, Debra Elliott and Jonathan Booth, to present a check for $2,000 on behalf of their brokerage to Hampton High School Football and Cheerleading Team. This donation was approved after Hampton High School released on Monday they were looking for donations to help pay for its trip to Chattanooga. Debra and Jonathan went to the Principal Broker, Karen Randolph of the Johnson City Office; she asked how much was the need. Jonathan called Dewayne Humphries, Athletic Director of Hampton High School, who said they really needed $2,000 but anything we could donate would help. CENTURY 21 Legacy gave the $2,000 graciously out of their “Leaving a Legacy Fund.” The “Leaving a Legacy Fund” is funded by the agents of CENTURY 21 Legacy dedicated to giving back to their community.

Debra Elliott is a former student, cheerleader and graduate of Hampton High. She was excited to travel with Jonathan to deliver $2,000 in appearance. Debra and Jonathan are both Real Estate Agents from CENTURY 21 Legacy and currently live in Carter County and work in the surrounding area of Northeast.