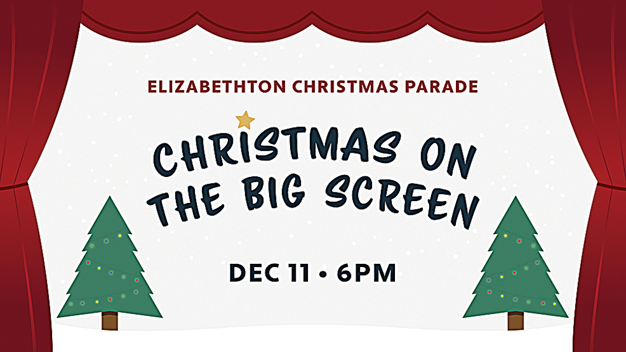 Downtown Elizabethton will celebrate “Christmas on the Big Screen” with the Christmas parade at 6 p.m. on Dec. 11.

The Christmas Parade was put on hold in 2020 due to the pandemic, and Main Street Elizabethton Director Courtney Bean is excited to welcome the fun filled event back to the downtown area.

“We really wanted to draw on holiday traditions and the theme ‘Christmas on the Big Screen’ really brings the nostalgic feeling of being with family and celebrating holiday traditions,” Bean said. “It also really fits well with welcoming back the parade this year after a year off. We are excited to see everyone decorating their floats with Christmas movie themes, both new and old.”

“The grand marshal of this year’s parade is the Friends of the Bonnie Kate Theatre, as a lot of our community grew up watching movies at the Bonnie Kate. We are excited to showcase them because they have worked hard to revitalize the theatre and this is a perfect way to celebrate them and their efforts within the community,” Bean said.

Carter County 4-H actually took home first place in 2019’s Christmas parade and Emily Barton said the parade is a highlight of club activities. “Most importantly it is a lot of fun for the kids and it is something they always look forward to. From a behind the scenes standpoint, it gives the kids an opportunity to build life skills in things like planning or networking,” she said.

“When we built a new float in 2019, the kids reached out to local businesses and people who were able to help us get everything in order before we took on the parade,” Barton said.

“We are so excited to bring the float back to the parade,” Barton said. “The kids along with the adults are looking forward to it, and there’s something about being in the parade, it makes you feel like a rockstar.”

The parade serves as an annual fundraiser to help grow and elevate the downtown community in Elizabethton. The parade will take place on Saturday, December 11th at 6 P.M. and will travel from the beginning of the downtown district to the Veterans Monument adjacent to the Carter County Courthouse.