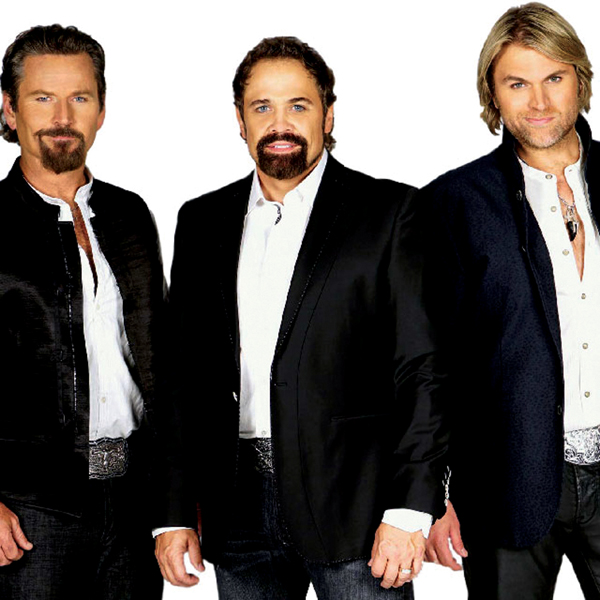 The Texas Tenors will perform in concert Friday at 7:39 p.m. at the Niswonger Performing Arts Center in Greeneville.

Emmy Award-winners and Billboard recording artists, The Texas Tenors, sleigh ride into Greeneville for a heartwarming and touching holiday concert Friday, Dec. 10.
From seasonal favorites like “O Holy Night” and “Joy to the World” to crowd-pleasing original hit “Bootdaddy,” The Texas Tenors bring a unique blend of music to the stage with thrilling harmonies and award-winning arrangements.
The Texas Tenors will perform at 7:30 p.m. at the Niswonger Performing Arts Center. The Greeneville High School Advanced Chorus will have the privilege of joining the trio on stage for a few musical numbers.
The Texas Tenors are the most successful music group and third highest selling artist in the history of America’s Got Talent. Since appearing on the series in 2009, JC, Marcus and John have released five studio albums, two PBS Specials, four DVDs, multiple singles, and a children’s book that have earned them impressive recognition including three Emmy Awards, The Gelett Burgess Award for Excellence in Children’s Literature and the distinction of being Billboard Magazine’s No. 10 Classical Artist in the world.
The Tenors’ most recent album Outside the Lines, Rise, and A Collection of Broadway and American Classics all debuted at No. 1 on the Billboard Charts. Their concerts appeal to all ages and have been wildly successful from performing arts centers, casinos and symphony halls to outdoor festivals and corporate events.
The classically trained, versatile tenors have been honored to celebrate our nation at such prestigious events as The White House National Tree Lighting, The Boston Pops Fireworks Spectacular and Congressional Medal of Honor Ceremonies, but some of the most rewarding moments for JC, Marcus and John are honoring the nation’s veterans at each and every concert across the country. Recently they were honored to be included among the top 50 acts in the world and the only vocal group from the United States to appear on NBC’s America’s Got Talent: The Champions.
The public is invited to enjoy The Texas Tenors “Deep in the Heart of Christmas” Friday, Dec. 10, at 7:30 p.m. Tickets start at only $35 and are available online at www.npacgreeneville.com, in person at the NPAC box office, or by phone at 423-638-1679.

Christmas celebrated at Carter Mansion with tours Saturday and…