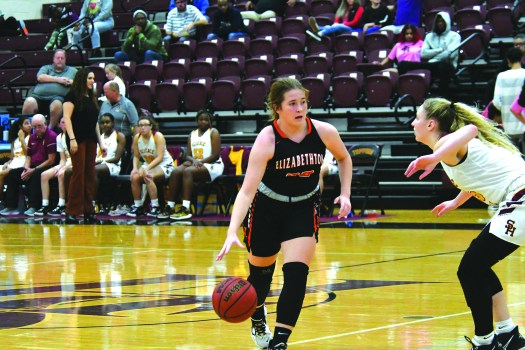 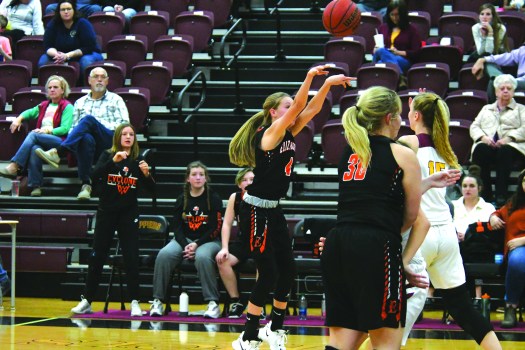 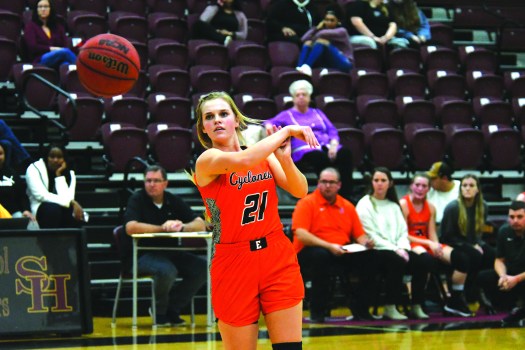 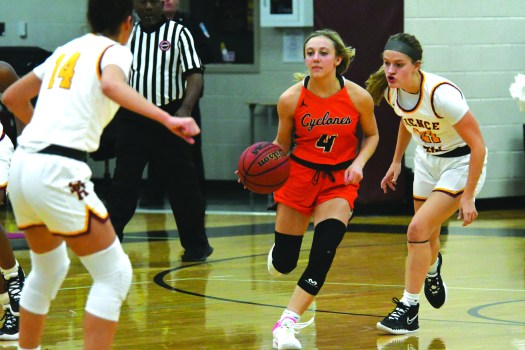 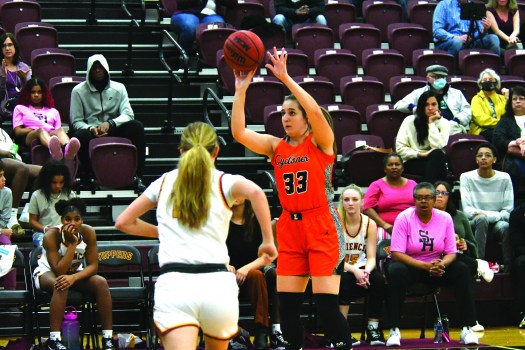 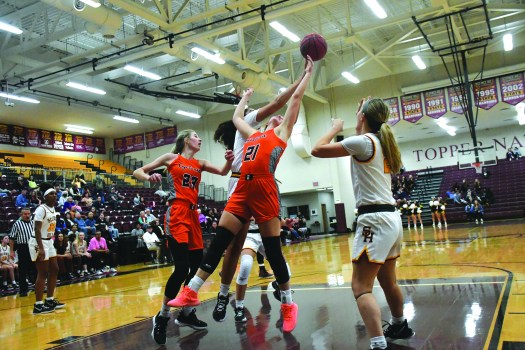 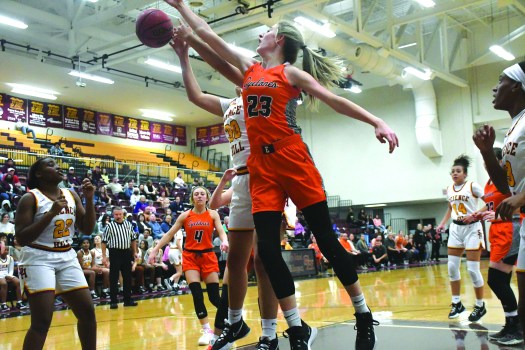 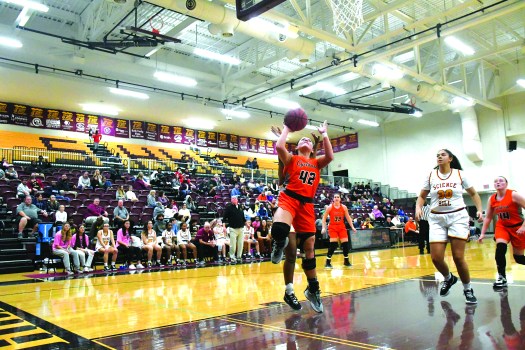 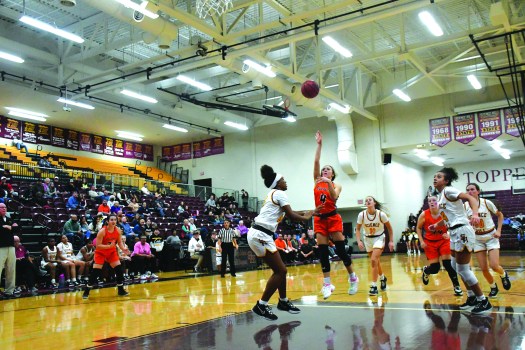 BY AUSTIN ALEXANDER
STAR CORRESPONDENT
JOHNSON CITY- Still very early in this young season, Elizabethton would head across county lines to do battle with the Science Hill Lady Hilltoppers. Scheduling conflicted the boys from joining in the action, but the girls proved they were plenty of entertainment on their own. Despite trailing most of the game, Elizabethton battled back to force overtime, but slipped at the finish 70-65.
Lina Lyon had the lone basket as the Cyclones were on the wrong end of a 7-2 run to start the game. Lyon would score the next three points for Elizabethton as the offense struggled early. A pair of three pointers from Olivia Holly and Maddie Fowler helped claw the visitors back to within two heading to the second quarter.
After an explosive first quarter, the show put on by Lady Cyclone Lyon and Kijane Marion of Science Hill continued to dazzle a rowdy crowd. The offensive woes, however, would continue to flex for the Cyclones as they only scored eight points in the quarter.
The Lady Hilltoppers offense was trending the other way as the Cyclones trailed heading into halftime 34-23.
Nine points from Holly were pivotal in the third quarter as the Cyclones slowly chipped into the Science Hill lead. The defense began to tighten up and the deficit was just 43-40 heading into the final frame of regulation.
Marlee Mathena came alive in the fourth quarter as the towering center scored five of her eight points getting to the line several times. Junior guard Renna Lane would also score six of her 11 points in the quarter. But no points may have been bigger than a massive three pointer from Katie Lee.
The fourth quarter flurry tied the game at the end of regulation and the game went to overtime.
Lee continued to score points in overtime, leading the team in scoring with five points, but Science Hill was a little too clutch for ‘Betsy as they would reign victorious, 70-65.
The junior varsity game was a bit less entertaining as the Cyclones struggled to get their footing all game. Kayelyn Nave scored five of her team-high 14 in the quarter, but after the first quarter, Elizabethton trailed 17-5.
A basket from Lauren Lund was one of the few positives of the second quarter as the halftime score was 37-8.
The second half was much of the same as Dana Malone chipped in three points for the Cyclones, but the Hilltoppers were just too much winning the game 57-22.