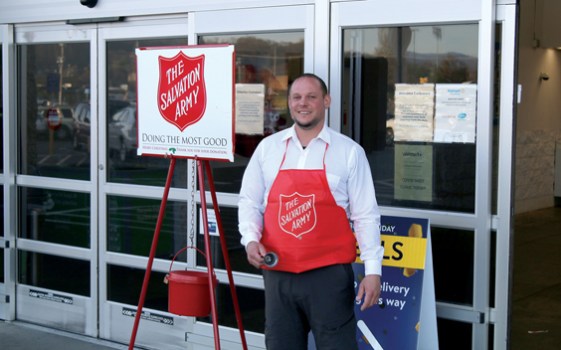 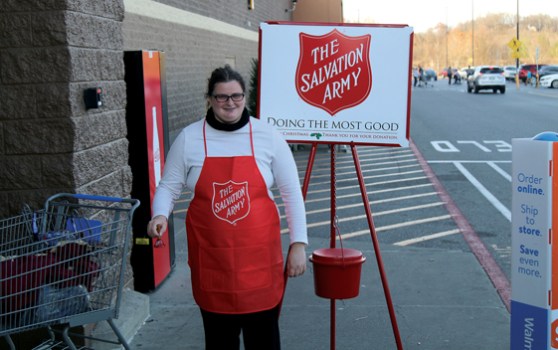 Robert Wright is no stranger to volunteering, but he’d never had the opportunity to be a “bell ringer” until this week.

“A lot of things that have happened in my life (have) drawn me to be a bell ringer for the Salvation Army,” said Wright, who was volunteering outside the Elizabethton Walmart. “(The Salvation Army) impacts the community tremendously and are helping me out with some things right now, so it means a lot for me to be able to give back.”

“I am used to volunteer work, as I also used to help out and feed the hungry at soup kitchens by preparing meals for those in need. That was a few years ago in Boston before I moved to the area, but I am glad to be able to serve the community down here,” he said.

“It feels really great to be a part of a program like this, knowing that everything that is donated is going to families in need, whether it is going toward an electric bill, a deposit for an apartment, or having money for food is so special,” he said.

The Salvation Army’s Red Kettle campaign is a tradition dating to 1891.

For Tessa Weber, who has previously volunteered with Salvation Army, being a bell ringer is an opportunity to help provide for those less fortunate.

“It is a great thing to do because I know that people will have Christmas presents for their kids, if they need help they will have that help, or if they need food they will be able to have that food. When you do a job like this, you would expect people to give their change, but the people in this community are so compassionate and will give as much as they can for those in need,” said Weber.

The Salvation Army is still in need of bell ringers for this holiday season, and those interested can apply at registertoring.com