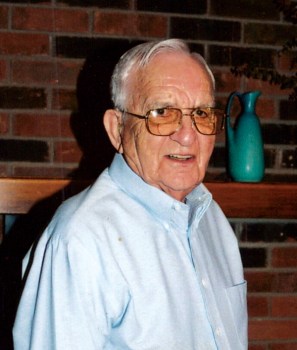 BY ROZELLA HARDIN
Editorial Director
rozella.hardin@elizabethton.com
Frank Head was just a few months and days shy of his 107th birthday when he died Oct. 11 at the James H. Quillen VA Medical Center CLC of complications from COVID. “He recovered from COVID, but it drained him of life and left him very weak,” said his daughter, Judy Reed.
Head had been a resident of the Quillen VA CLC for the past four and one-half years. “When he was 102 he had a slight stroke and was hospitalized. From there he went to rehab, and while he was in rehab he fell and crushed his hip and broke his leg in four places. Of course, he underwent surgery and miraculously recovered to the point that he could maneuver in a wheelchair. He was a strong-willed person and never gave up,” said Reed.
A long-time resident of the Range Community, Head was a native of Limestone Cove in Unicoi County and was the youngest Circuit Court Clerk ever elected in Unicoi County. He was drafted into the U.S. Army during World War II, and his bride of only six months, Marie, was appointed Circuit Court Clerk to serve in his absence.
During World War II he served mostly in New Guinea and the Philippines in the Third Bridge in a platoon of approximately 40 soldiers. Head’s daughter said he maintained a friendship with many of his wartime friends through letters and visits until his age prevented him from doing so. And, in most cases the death of a comrade broke that bond. “He could still name most of his ‘war buddies’ and tell a story about each of them. It was a bond only broken by death. He never forgot them,” Reed said.
After the war, he eventually moved to Carter County and for most of his life was active in the community, serving as a county commissioner for 24 years, a member of the Carter County Planning Commission and the East Tennessee Development Commission. He was active in the Range Community, serving as president of the Range Community Club, a member of the Board of Directors of the Watauga Volunteer Fire Department, which he help found, the Watauga Masonic Lodge and the American Legion.
Head was a very faithful member of Slagle’s United Methodist Church, serving for many years as a trustee. “He dearly loved his church and missed it so much when he became unable to attend,” said Reed.
She remembers her father as a very caring person and a gentleman. “He often visited the nursing homes, choosing to visit those who were alone and without family. He was a determined person, who never gave up — not on himself and others. My dad was an encourager, and was very strict on me when I was growing up. He had a good work ethic and he wanted to pass that on to me,” said Reed.
When he was 104 or 105, Reed said she hosted a birthday party for her father, which was attended by a large number of people. “TV was there and interviewed him, and they asked for a word of advice from him. It was ‘Turn Right and Go Straight.’ It meant to live right and stay straight in your living and dealings,” Reed shared.
“My dad was a good man and taught me a lot about life, how to live, to work, and to never give up,” said Reed.
Head’s wife, Marie, preceded him in death. He is survived by his daughter, Judy Reed and her family.
“My dad was the epitome of a gentleman and a servant, and had so many good qualities. I can only hope that I have made him proud and have imparted some of the things he taught me to my children,” Reed said.
“Turn Right and Go Straight” is a bit of advice that we all can take to heart and follow.