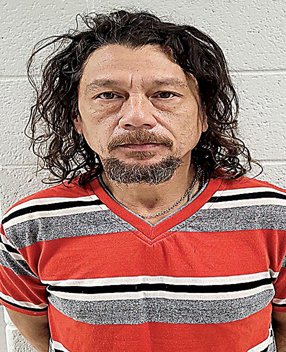 According to Washington County Sheriff Keith Sexton, Investigators have arrested Fredrick Canonizado (49) of Little Germany Road, Erwin after an investigation into a stolen vehicle. On October 19th an investigation began after a 2012 Ford F350 was reported stolen from a home in Gray Tennessee.

Canonizado is charged with Theft of Motor Vehicles (Possession) and is being held at
the Washington County Detention Center on a $7,500 bond. He is scheduled to appear in court on December 8th at 10:30 A.M.