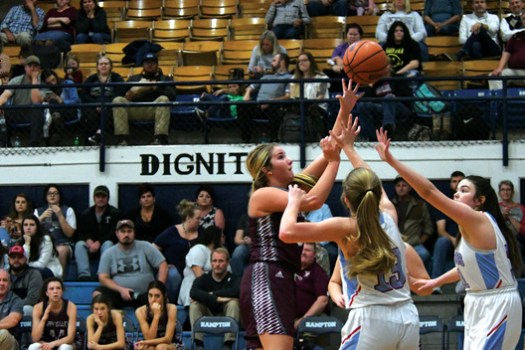 Star Photo / Brandon Hyde Happy Valley tried to cut into Hampton's lead after finding themselves in a hole early on. 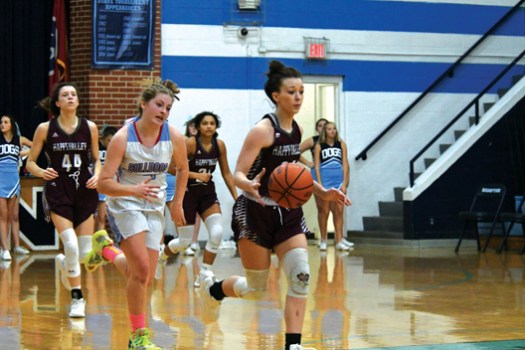 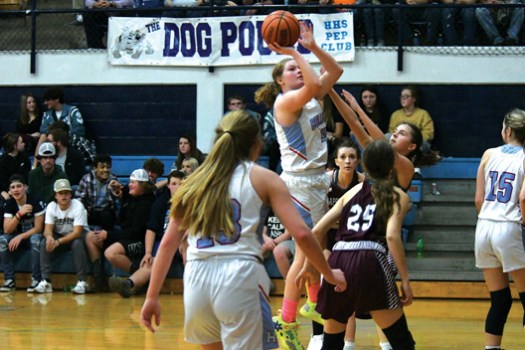 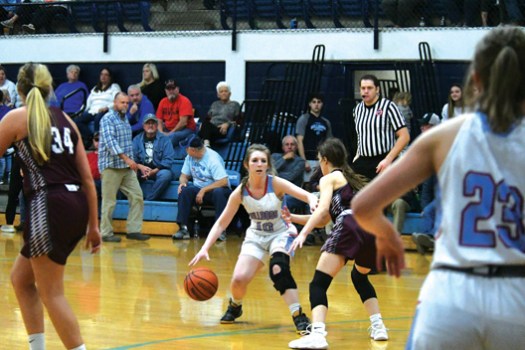 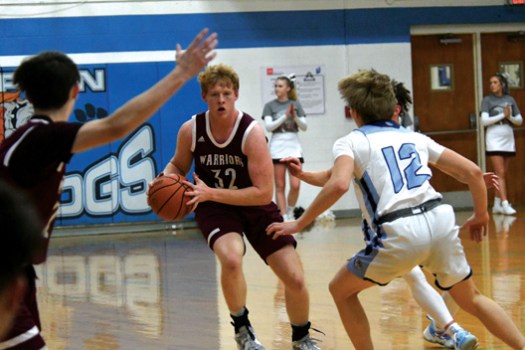 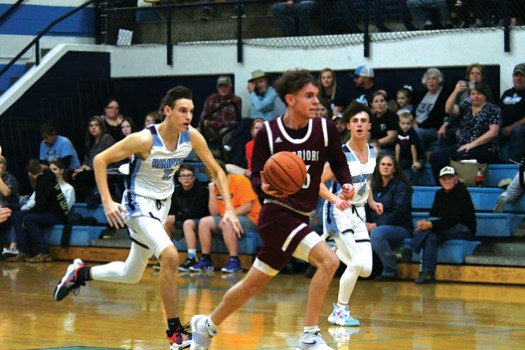 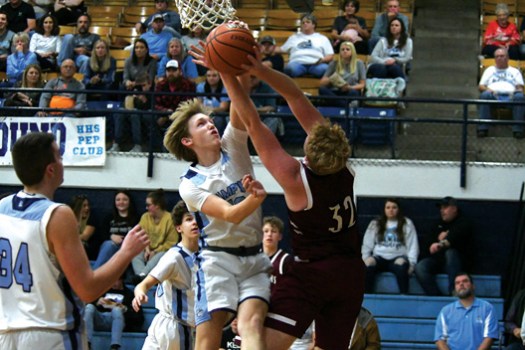 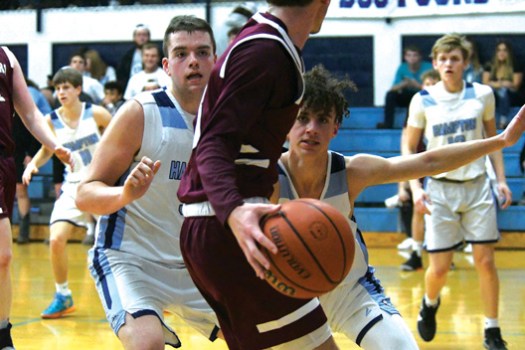 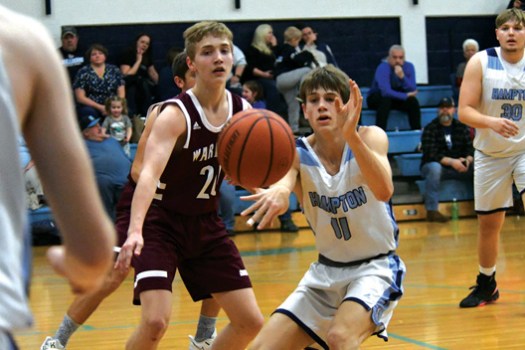 BY ALLEN LAMOUNTAIN
STAR CORRESPONDENT
A pair of non-conference basketball games were on tap at VanHuss-White gymnasium on Friday night and Hampton swept past Happy Valley in boys and girls hoop action. The first game saw the Lady Bulldogs open hot and score a 62-33 win over the Lady Warriors – and that was the close game.
Hampton boys got scoring from nine different players – while fielding a squad with football players sitting out – and pulled off a 71-22 win over HV.
“The kids got their hands on a lot of deflections tonight,” Bulldogs head coach Ned Smith said. “We turned defense into offense effectively tonight and we had 22 assists. We were able to get a lot of layups off our defense.”
Hampton opened with a 12-3 first period, allowing just one HV bucket and raced to a 35-9 halftime advantage, and never looked back. In that first half HV connected on just three total baskets as the Bulldogs defense swarmed after every loose ball.
Guard Caden Buckles led all scorers with 20 points with twin posts Conor Burleson and Hayden Campbell each adding eight points to the Hampton cause. Senior forward Landon Babb scored a team-high 12 points for the Warriors whose shooting deficiency was a major factor in the lopsided loss.
The Warriors shot just eight-of-31 from the floor (25.8 percent) and were just one-of-10 from beyond the arc and were sloppy when bringing the ball up the court as Hampton’s trapping defense was at its most effective.
GIRLS
Hampton 62
Happy Valley 33
A 22-2 first-period advantage enabled the Lady Bulldogs to cruise to an easy win in this one. Macy Henry scored six points in the period and post Taylor Berry and forward Linzy Jenkins each added five as Hampton opened a significant lead.
“These girls are buying into what we want to do and they have worked extremely hard,” new Lady Bulldogs head coach Brandon Carpenter said. “Our execution is better and in my opinion, we are going to get nothing but better as the season goes on. This group has spent a lot of time in the gym working on their game and it shows when we step out on the court.”
The Lady Warriors showed grit in the second period cutting into the Hampton lead and closed to 34-19 by halftime, outscoring the Lady ‘Dogs 17-12 in the stanza. The Bulldogs pulled away in the third period and took a 52-29 lead by the fourth quarter.
Jenkins led all scorers with 14 points with Henry and Berry each adding 12 to the Bulldogs score sheet. Marcida Moore and Kadie Bailey were tops for the Warriors in scoring with eight points each and post Scarlett Zoeli adding seven points.
—
BOYS
Hampton 71-22
Happy Valley (22)
Chausse 2, Grindstaff 3, Murray 3, Garmon 2, Babb 12
Hampton (71)
Holtsclaw 7, Whitehead 5, McCoury 3, Burleson 8, Buckles 20, Campbell 8, McElyea 6, Harrison 7, Anspaugh 7.
Happy Valley 3 6 8 5 – 22
Hampton 12 23 24 12 – 71
3-point goals: HV 1 (Grindstaff), H 3 (Whitehead, Buckles, Anspaugh)
GIRLS
Hampton 62-33
Happy Valley (33)
H. Moore 4, Ramey 4, J. Zoeli 2, M. Moore 8, Bailey 8, S. Zoeli 7.
Hampton (62)
Helle 5, M. McClain 6, Lambert 3, Henry 12, Davis 8, Jenkins 14, Nickles 2, Berry 12.
Happy Valley 2 17 10 4 – 33
Hampton 22 12 19 10 – 62
3-point goals: HV 1 (S. Zoeli), H 8 (Berry 2, Jenkins 2, Henry, Lambert, M. McClain, Helle)