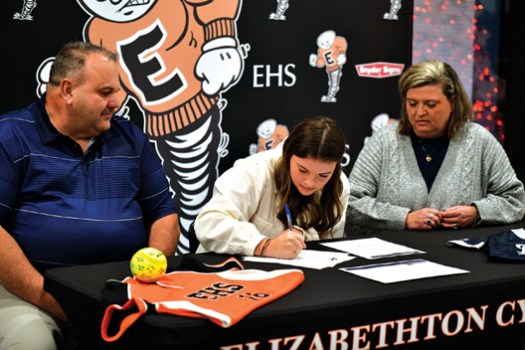 Star Photo/Ivan Sanders Elizabethton standout pitcher Madisun Pritchard puts ink to paper on Monday as she signed to join the Johnson University Lady Royals after she graduates EHS. Joining her for the signing were her parents Wayne and Vanessa Pritchard. 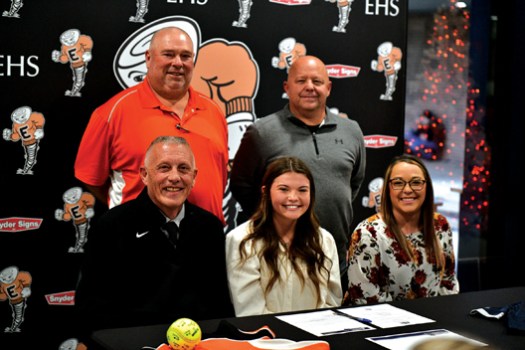 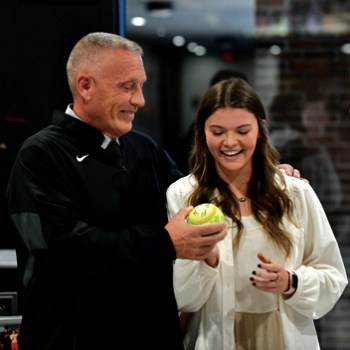 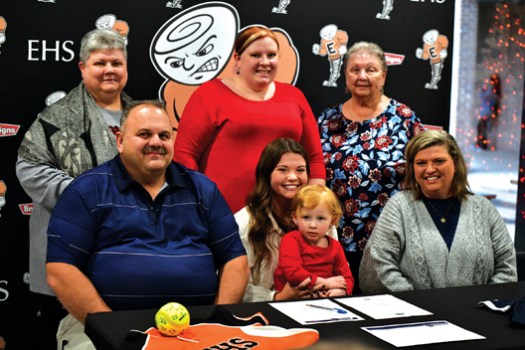 BY IVAN SANDERS
STAR SPORTS EDITOR
ivan.sanders@elizabethton.com
Madisun Pritchard knew exactly what she wanted to do from the first time her hands touched a softball in coach-pitch and that was one day be able to play collegiately.
On Monday inside the Elizabethton High School Commons area, Pritchard came within one step of making that dream a reality when she put ink to paper to play for Johnson University in Knoxville.
Pritchard set the single-season strikeout mark in a season as a junior and has big plans to go out with a bang when her senior year is over.
“I am so excited,” said Pritchard prior to signing. “I am extremely blessed that God gave me the opportunity to play the game I love so much and  I wouldn’t be here today without my coaches and my teammates and my family supporting me all the way through it.
“Elizabethton is the place to be and everybody is family with each other. We have the best coaching staff around in my opinion.”
Pritchard said she will be pursuing family studies when she arrives on campus at Johnson University in her freshman campaign.
Pritchard has been a rock-solid performer for head coach Ken Hardin at Elizabethton who hasn’t be afraid to take on any challenge when they come her way.
“They have a pure competitor who is going to give you everything she has got in every second of every day,” said Hardin about his pitching ace. “She is going to be very successful there because she will do everything that they ask her to do.
“This kid will be playing on the day that she isn’t pitching and you will find a place in the lineup because she can hit the ball anywhere.”
Hardin said the toughness of Pritchard was put on center stage last season during the district tournament championship when Hardin’s second pitcher was hurt and Pritchard told her coach that she ‘had it’ and went out to shut Unicoi Co. two games in a row.
Pritchard was joined by coaches from Johnson University and EHS, along with friends and teammates for her signing and cake cutting.