Elizabethton squares off with Crockett on the mat 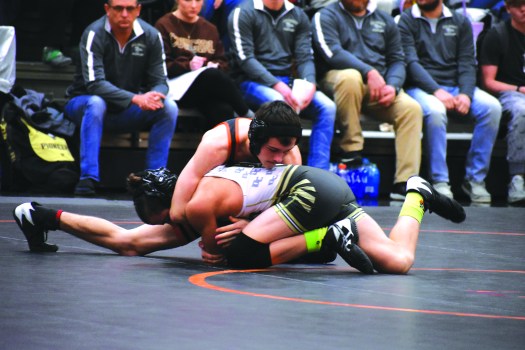 Star Photo/Carter Nagy Elizabethton's Gabe Miller works hard to get an advantage of his opponent from Crockett. 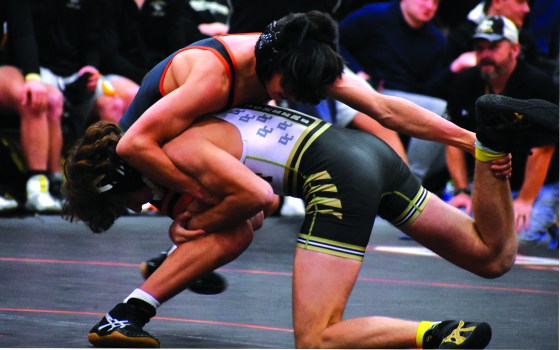 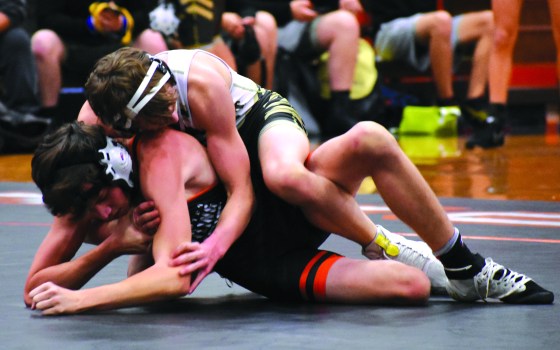 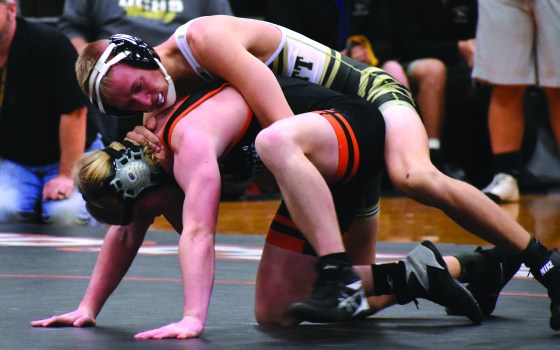 Star Photo/Carter Nagy Elizabethton's Roman Shelby tries to work out of a mount by his Crockett opponent. 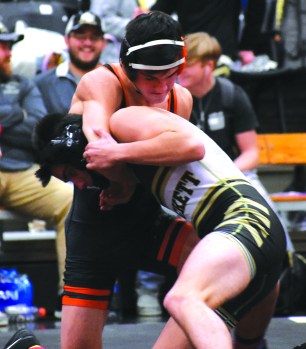 Star Photo/Carter Nagy Cyclone Holden Roaten puts his opponent in a headlock. Roaten held on take the win in the match. 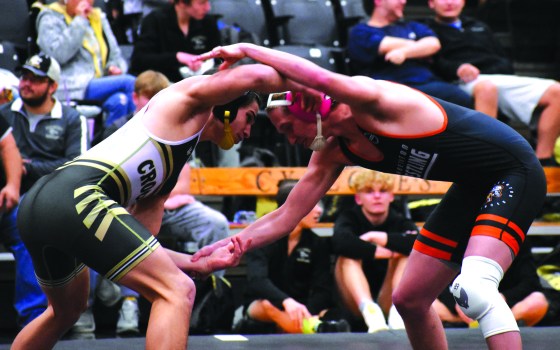 Star Photo/Carter Nagy Darris Reece and his Crockett opponent grapple for an advantage at the start of their match. 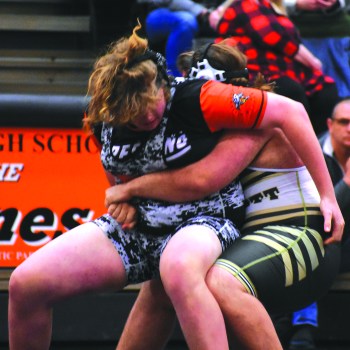 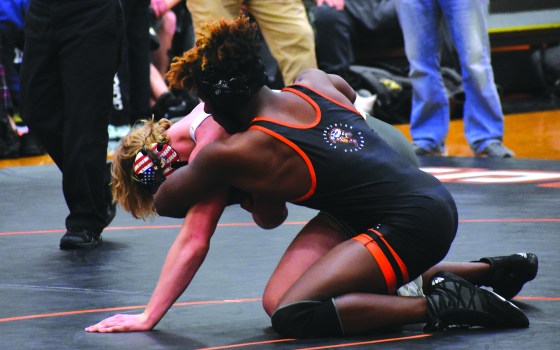 Star Photo/Carter Nagy Bryson Davis works to get his arms in the right position to get control of his opponent.

BY CARTER NAGY
STAR CORRESPONDENT
The Elizabethton wrestling team took on the David Crockett Pioneers Tuesday evening and as the final match results came in,
the Cyclones had fallen short in total team points to the Pioneers, 60-12.
In the 120 weight class, Gabe Miller (EHS) faced off with Sams (DCHS). Sams was able to get a takedown of Miller and eventually pinned the Cyclone wrestler 1:09 into the first period.
In the 126 weight class, Cyclone Heath Whitehead took the mat in the 126-pound match to take on Crockett’s Carager. Carager quickly took down Whitehead to record a pin only 27 seconds into the first period.
Brian Presley represented the Cyclones in the 132 weight class to grapple with Crockett’s Ferrell. Ferrell started strong with a takedown, but Pressley works to help force the match into the second period. Ferrell didn’t let too much time run off the clock before pinning his Cyclone opponent 42 seconds into the second period.
Roman Shelby was looking to change the momentum for Elizabethton in the 138-pound class as he took on Crockett’s Ungst. Ungst worked a takedown on Shelby but Shelby managed to escape his clutches.
Ungst wouldn’t be deterred, however, as he managed to get the win on a pin over Shelby 36 seconds into their match.
Holden Roaten seized the first win of the night for the Cyclones wrestling in the 145-pound weight class as, after a slow first period, Roaten managed to get a reversal on Crockett’s Rambaud to pin the Pioneer 1:12 into the second period for the Cyclones first points of the contest.
In the 152 weight class, Darris Reece of EHS took on Hilton from Crockett. Hilton took the pin in a lightning-fast match just 45 seconds into the first period.
To close out the weight classes, Aiden Morley and Vance from Crockett wrestled in the heavyweight division (285 pounds) with Morley unable to fend off the Pioneer dropping his match 35 seconds into the first period.