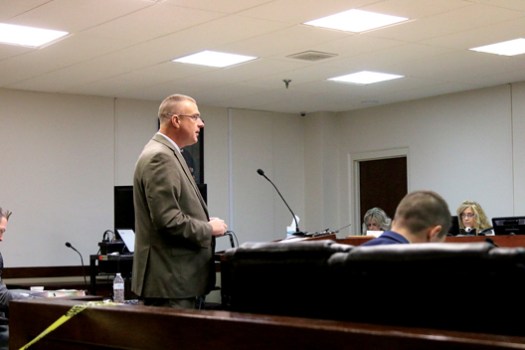 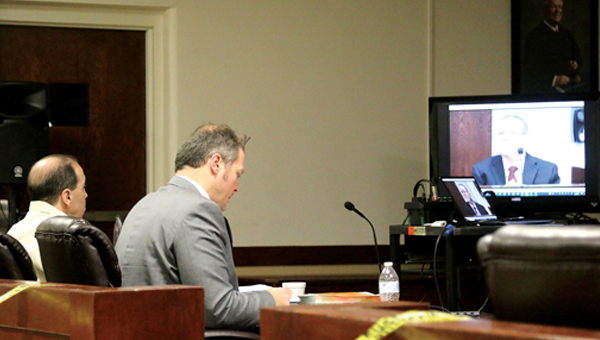 Prosecution testimony continued for a second day in the first degree murder trial of a man accused of killing an elderly woman during a break-in at her home.

Chad Anthony Benfield was charged with breaking into 89-year-old Mary Nolen’s home in July 2017 and assaulting her, resulting in injuries that led to her death almost two weeks later.

The trial was originally scheduled for July 2020, but was delayed until this week.

The first testimony of the day came from Dr. Eugene Scheuerman, a local pathologist who recently passed away from terminal cancer and provided a deposition to the court before his passing.

Scheuerman performed the autopsy on Nolan and determined that the cause of her death was not health related, but rather blunt force trauma.

“In this case, you don’t have any major findings to confidently say that this is what happened. I think a combination of factors led to a progressing decline of the central nervous system and according to the medical records, her status worsened and she had a number of medical issues as well as her trauma that would have played a role in her death,” said Scheuerman.

The jury also heard from several members of law enforcement on the collection and transportation of the evidence taken from the rape kit and fingernail swabs performed on Nolen in the hospital before ultimately hearing the results regarding DNA matches.

Jennifer Millsaps, a special agent forensic scientist with the Tennessee Bureau of Investigation who recorded her deposition for the jury at the TBI Crime Laboratory in Knoxville, ran the tests provided to Nolen.

After being asked by prosecutor Matthew Roark about the information contained in the lab results of Nolen’s fingernails from Aug. 24, 2017, Millsaps said, “In exhibit 2A, which is the swab and fingernail clippings from the left hand of Mary Nolen, the partial profile is consistent with the mixture of three individuals. Assuming exhibit 1A, or Mary Nolen is a mixture to the major contributor profile, the deduced male profile matches exhibit 3A, or Chad Benfield.”

With more people still to testify on the state’s behalf, the court will reconvene at 9 a.m. Thursday.