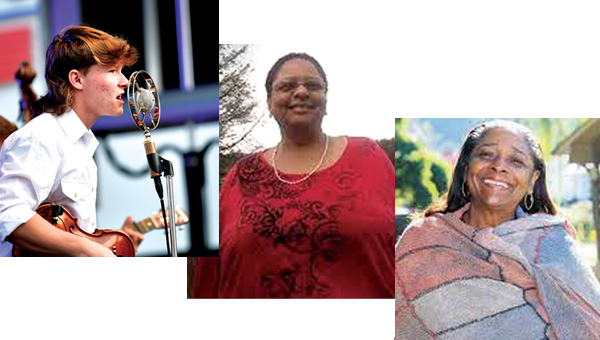 By ROZELLA HARDIN
Editorial Director
rozella.hardin@elizabethton.com
The Isaiah 117 House provides physical and emotional support in a safe and loving place for children awaiting foster care placement. Prior to the establishment of the Isaiah 117 House, children who had been displaced from their home due to living conditions, were taken to the Department of Children’s Service to await placement in the foster care system. The Isaiah 117 House offers a more comforting place to stay.
The idea of the Isaiah 117 House was conceived in 2014 when Rhonda Paulson and her husband, Corey, took training to become foster parents and saw the conditions that most children awaiting foster care are subjected to. “Most of the time it is a sterile, cold environment at the DCS office,” said Paulson, who said the Lord placed the idea of a Isaiah 117 House on her heart — a place of love and warmth for children in their time of need and help with what is inevitably a traumatic transition.
Since the first Isaiah 117 House in Elizabethton was opened, others have sprung up all across Tennessee as well as other states.
Saturday, Dec. 18, a benefit concert for the Isaiah 117 House in Elizabethton will be held at the First Baptist Church in Elizabethton, beginning at 6:30 p.m.
This is the third year that the benefit concert has been held. The concert is organized by Jamie Schaff, who said the care and the service the Isaiah 117 House provides was part of the reason she chose to organize the concert for them.
“Christmas is about the children,” Schaff said.
The concert will feature many local talents including Carson Peters, who recently appeared on The Voice, Loretta Bowers, Fred Goodwin, John Bunn, Gary Rice, Jamie Schaff, Beth Stevens, Emilee Whitehead, Jared Erwin, Catherine Bunton, Teresa Parker, who has appeared on Broadway, the Thursdays With Jesus Praise Choir at First Baptist, and many others.
Staff said she hopes the concert encourages people to be more thoughtful of donating to charities such as the Isaiah 117 House in the future.
Prior to the concert, beginning at 5:30 p.m. those attending the concert are invited to the fellowship hall to enjoy some hot chocolate, coffee and holiday desserts, of which the proceeds will also be used to benefit the Isaiah 117 House.
Also, there will be a barbecue supper available, catered by Big Boy Catering.
“It will be a wonderful time of music, food and fellowship,” said Schaff. “It will be a great way to enjoy the holiday.”