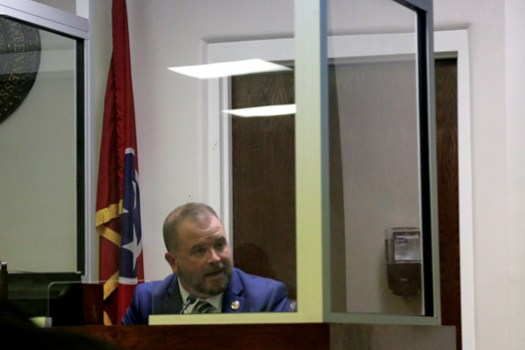 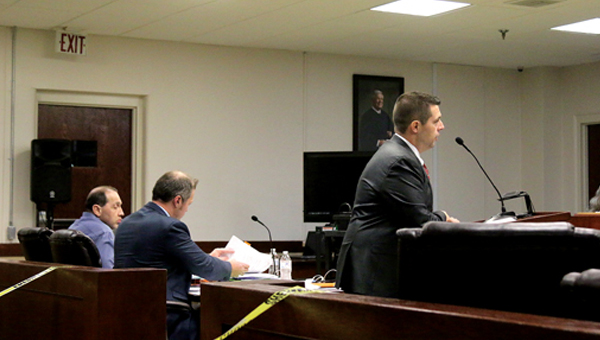 During day three of the Chad Benfield murder trial in Carter County Criminal Court, the state’s prosecution team brought more witnesses to the stand, including Benfield’s girlfriend at the time, Donna Gay, and two investigators who were on the case.

In mid July 2017, prosecutors say 89-year old Mary Nolen of Stoney Creek was assaulted in her home. She was found the next day and passed away nearly two weeks later from injuries sustained in the attack, prosecutors said.
Benfield has been charged with first degree murder.

Benfield was the prime suspect in the case, with his DNA having been found by the TBI on Nolen’s fingernails and vagina.

On Thursday, Matthew Roark and the state prosecution team called Mike Little of the Carter County Sheriff’s office who was a main investigator of the case.

“The most important thing we learned from Ms. Gay (Benfield’s then-girlfriend) was the discovery from her that items were found in her residence which seemed to be consistent to the Nolen case,” Little said. “Those items specifically being a set of bedsheets that did not fit any beds in Ms. Gay’s home, as well as a nightgown and a bath robe.”

Little said investigators conducted a lengthy interview with Benfield. “After some casual small talk, we then confronted Mr. Benfield with the DNA evidence that matched Mrs. Nolen. We also confronted him with the information we had received from Ms. Gay the day before, letting him know that we have evidence that puts him at the scene,” said Little.

Gay also was called to testify about the interview with Little.

“I told them what they wanted to hear so they would let me go, she said. “They kept me there and hounded me all day long; I kept telling them the truth and they kept telling me they didn’t want to hear that, to tell them something different.”

Jeff Markland of the Carter County Sheriff’s Office, the Criminal Investigation Division Commander at the time, was the prosecution’s final witness.

Markland supervised Little during the investigation, and reiterated Little’s testimony.

During the middle of Markland’s testimony, a question was asked regarding the Benfield interview, which prompted the prosecution to play the two-and-a-half-hour long session that the investigators had with the defendant.

Soon after the rapport-building stage, the investigators began to press Benfield about the night of the incident and DNA found by the Tennessee Bureau of Investigation, with Benfield responding by saying, “I have never been in her house in my life. I have been over there to get my dogs a few times and that is it.”

After a while, Benfield began trying to make a deal with the detectives, asking for an early birthday weekend with Gay in exchange for what happened that night. With the conclusion of the interview, the two parties were not able to form a compromise.