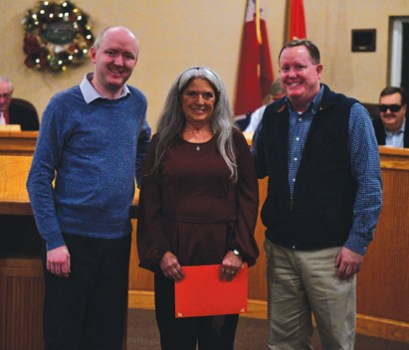 Star Photo/Ivan Sanders Elizabethton City Manager Daniel Estes (left) and Mayor Curt Alexander (right) present a proclamation to Sharon Banner-Droke who will be retiring at the end of December after having worked for the City for over 42 years. 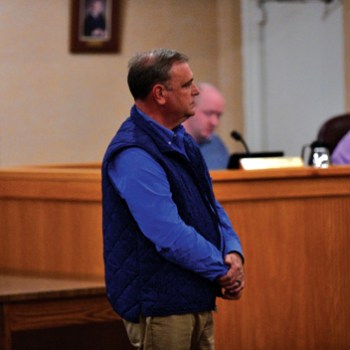 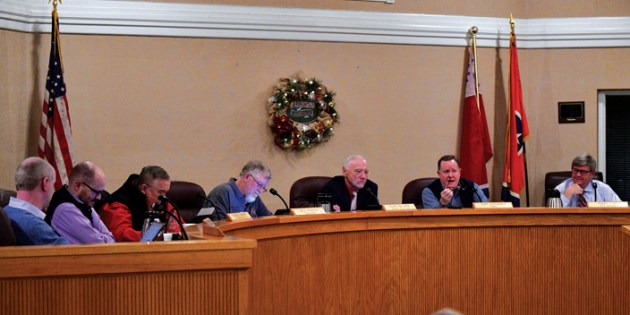 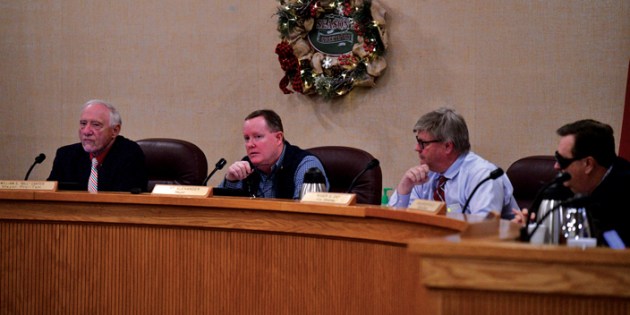 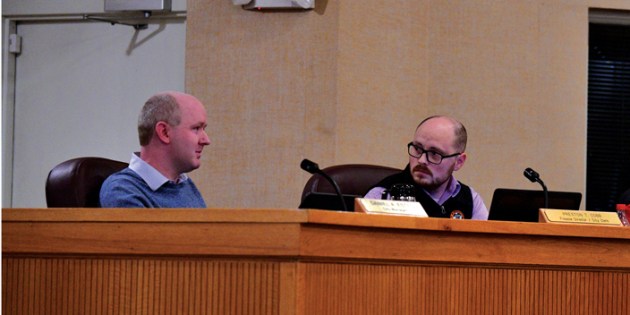 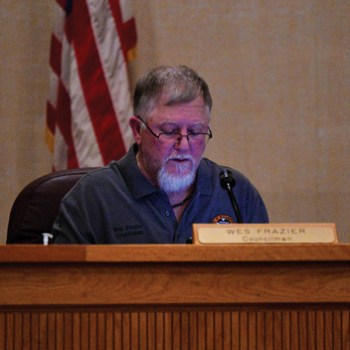 BY IVAN SANDERS
STAR STAFF
ivan.sanders@elizabethton.com
The Elizabethton City Council will revisit two ordinances after hearing complaints from a resident about the laws.
David Bass, who recently purchased a home and a business structure, questioned the city’s ordinances relating to water hook-up fees and collecting trash and yard debris from commercial businesses during the council’s public comments section of Thursday’s meeting.
Bass told council members he was told he had to pay a $650 tap, or hookup, fee to connect to city water after he purchased a home which had been in foreclosure. At issue was the former owner, who apparently had attempted to steal water.
“Why should I have to pay this,” said Bass, who said he talked with both Water Resource Director Jonathan Pleasant and City Manager Daniel Estes about the issue.
“The cost should go back to the previous customer or the unauthorized user,” Bass said. “I shouldn’t have to pay his bill.”
“Whoever built that house or put that line in paid for that water meter and paid for that tap so if they were stealing water or whatever, it is our responsibility to collect the payment for that,” said Curt Alexander, city mayor. “But whenever they move out, that tap should be back in the ground because it was already paid for by that house or that resident or builder.”
The council decided to waive the fee for Bass and to review and change the ordinance to ensure it clearly outlines responsibility for fees moving forward.
“In the ordinance what the council ultimately has to decide is if we have this situation in the future and you want to charge a tap fee to re-establish service, who is it going to be charged to,” said City Attorney Roger Day. “Are you going to charge the new owner, are you going to try and put a lien on the property because of it — who are you going to charge?”
Bass also questioned city ordinances regarding the collection of brush debris from commercial locations.
“I got a restaurant that I just purchased up here at Lone Star and I have someone interested in leasing it,” Bass said. “I cut the brush off and pulled it out to the road and the city does not want to pick up at commercial businesses. The ordinance that the city has now (says) that you can’t burn it. The landfill will only accept it at certain times. And it puts us in a predicament. So I was wondering what the intent of that ordinance was.”
Alexander said that intent is at issue.
“Our intent when we wrote this ordinance was not separating residential and commercial properties,” said Alexander. “Our intent was making sure that landscape contractors that do this type of work for a living don’t get hired to cut trees and shrubs and set the clippings at the road for the city to dispose of. That was the intent.”
All council members agreed that both ordinances needed to be reviewed during a workshop and rewritten if necessary.
In other business approved by the council:
Prior to the beginning of the business session,  Alexander and Estes recognized retiring city employee Sharon Banner-Droke who will be retiring at the end of December after over 42 years of service to the city.
The next meeting will be at 6 p.m. Jan. 13, 2022, in the City Council Chambers at Elizabethton City Hall.