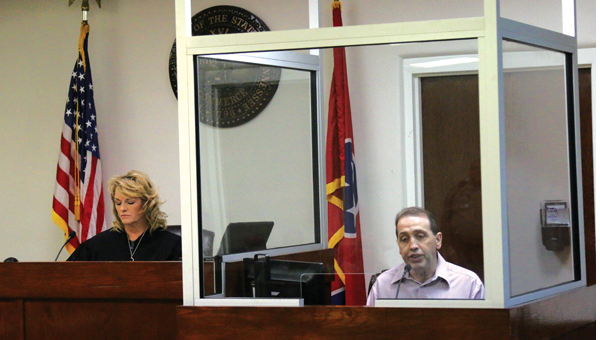 Star Photo/Nic Miller Chad Benfield, who was charged with first-degree murder in 2017, gives his testimony to the jury before closing arguments on Friday.

After deliberating both Friday night and well into Saturday afternoon, a jury found Chad Benfield not guilty of first degree murder in the 2017 death of an elderly woman, and instead found him guilty of a lesser charge.

The verdict was returned about 3 p.m.

Judge Lisa Rice set a sentencing hearing for 1:30 p.m. Feb. 14. However, she said Benfield may have served much of his sentence – which could range from one to six years.

Benfield was charged in a July 2017 home break-in and assault of 87-year-old Mary Nolen, who died as a result of her injuries.