Family members not satisfied with outcome of Benfield Murder Trial 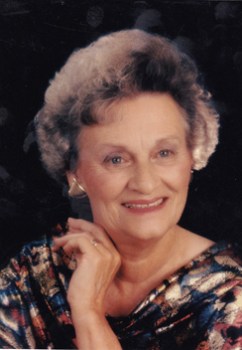 Photo Contributed by the family of Mary Nolen

That’s how Loyal Limb described the criminally negligent homicide verdict rendered last week in the trial of the man accused in his mother-in-law’s 2017 death.

“The end results of the trial were unfair,” Limb said. “He was guilty of murder but it was not bad enough for a first-degree murder charge. It is a bigger slap in the face for that outcome than if they had found him not guilty on all counts, because I could understand how that might have happened.”

A jury convicted Chad Benfield of criminally negligent homicide on Saturday after a week-long trial. Benfield originally had been charged with first-degree murder in the July 2017 death of 87-year-old Mary Nolen. She died two weeks after being sexually assaulted and beaten during a break-in at her home.

Carter County District Attorney Ken Baldwin said the verdict was a “compromised” one. “(The jurors) were unable to agree on a more serious charge, so instead of saying they were unable to render a verdict they compromised on a lesser charge,” he said. “A lot of people were unhappy with the verdict, and we were also disappointed with the outcome. But we have to respect the decision of the jury because that is how the American judicial system is run.”

Baldwin said criminally negligent homicide is engaging in a negligent act that results in someone’s death. The first-degree murder charge requires proof of intent to kill.

“We had DNA evidence and we felt like that was strong proof that something violent did occur. We presented everything that we had, but the end result tells that the jury was not able to come to a conclusion on whether there was intent in Mrs. Nolen’s death,” Baldwin said.

“Everyone thinks the way they think, and all 12 people on that jury think differently and did the best they can. Over the years, I have learned not every case is won despite the evidence. Sometimes you come out with a compromised verdict which is what happened here.”

Limb said although the family is disappointed in the verdict, he believes the prosecutors did all they could to seek justice. “With what the prosecution had to work with, I do not think that anyone could have done a better job than they or the sheriff’s department had done,” Limb said.

Judge Lisa Rice has set a date of Feb. 14, 2022 for sentencing. Criminally Negligent Homicide is a felony in which Benfield could face up to six years in prison. Due to time served, his sentence for this crime could be complete at the time of sentencing, but Benfield has other charges pending, including fugitive from justice and 177 counts of attempted sexual exploitation of a minor.