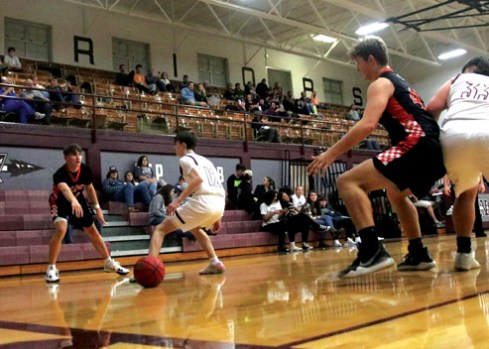 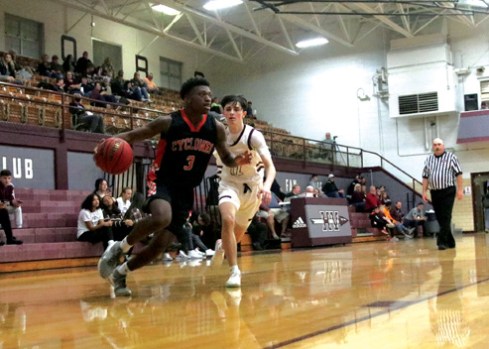 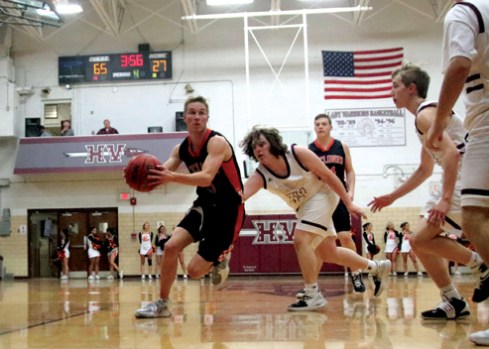 Star Photo/Randall Bennett Dalton Mitchell drives an open lane on his way to the rim. 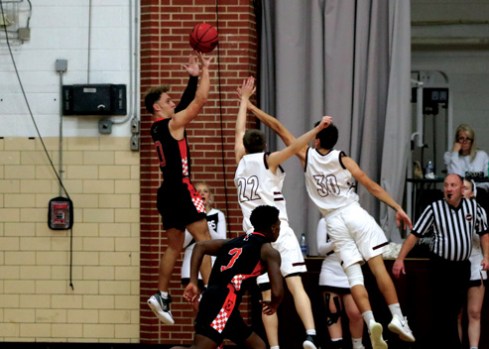 Star Photo/Randall Bennett Jake Roberts puts up a shot from the corner over a pair of Happy Valley defenders. 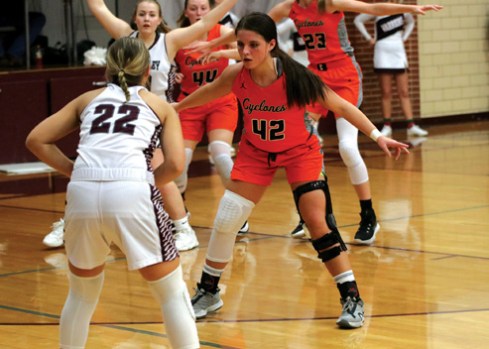 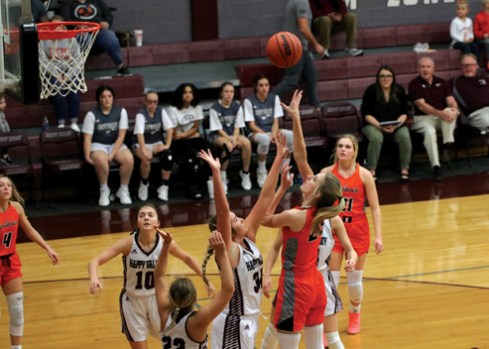 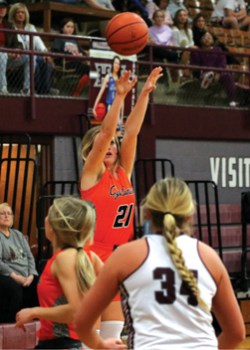 Star Photo/Randall Bennett Renna Lane fires up an outside shot against the Lady Warriors. 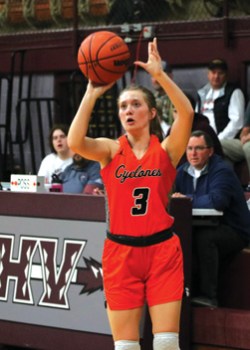 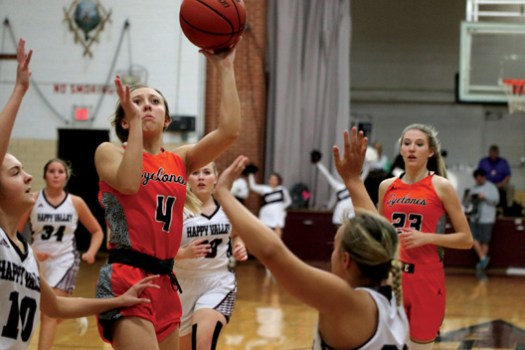 BY ALLEN LAMOUNTAIN
STAR CORRESPONDENT
County rivals took to the floor at Bayless gymnasium on Monday for a non-conference clash. When it was settled, Elizabethton had taken a sweep of Happy Valley in boys and girls basketball action.
The Cyclones (4-0 overall) took a 68-33 win over the Warriors with Kaleb Hambrick’s 19-point effort leading the way in the Cyclones scoring column. The Lady Cyclones likewise had a fairly easy 61-29 win with Lina Lyon leading the way with 19 points.
EHS took an early 17-4 first-period lead and ran it up to 45-15 by halftime with Hambrick scoring 16 first-half points.
“He has been shooting the ball well,” Cyclones head coach Lucas Honeycutt said. “For us, the key is playing tough man-to-man defense. We are going to have to hang our hat on that, and utilize our speed and strength and play good team defense. We only gave up a handful of easy baskets and we take pride in that.”
The Cyclones outscored the Warriors 18-7 in the third period to force a running clock in the fourth quarter. For HV (1-8 overall) post Landon Babb’s 10 points led the way with Cole Deakins and Steven Perry each contributing five points.
Nate Stevens had 11 for EHS with Bryson Rollins adding eight.
GIRLS
Elizabethton 61
Happy Valley 29
The Lady Cyclones opened with a flurry taking a 19-7 advantage with guard Olivia Holly draining a pair of trey’s and Renna Lane also good from distance in the stanza.
Lane opened the second period with a triple as EHS extended to a 32-18 lead.
Lane and Lina Lyon both had 12 first-half points for the Lady Cyclones while guard Kenzie Ramey contributed a dozen points for Happy Valley.
“We had a lot of things we needed to tweak and fix at halftime,” Lady Cyclones head coach Lucas Andrews said. “Happy Valley did a good job smothering our guards, but ultimately we got in the position we were supposed to be in. We are working hard on our zone defense, guarding the lane and preventing penetration to the basket.”
The third period saw the Lady Cyclones defense work well as they held HV to just seven third-quarter points and extended their lead to 46-25 going into the final period.
Lyons led all scorers with 19 points followed by 17 from Holly and 14 from Lane.
For Happy Valley, Ramey had a team-high 14 points with Kadie Bailey and Reagan Street each good for four points.
—
BOYS
EHS 68-33
EHS (68)
Roberts 7, Stevens 11, Carter 4, Van Huss 5, Mitchell 2, Paulson 3, Hambrick 19, Ball 7, Rollins 8.
Happy Valley (33)
Grindstaff 3, Williams 4, Murray 2, Garmon 2, Deakins 5, Babb 10, Perry 5.
Elizabethton….17 28 18 5 – 68
Happy Valley…. 6 9 7 9 – 33
3-point goals: EHS 7 (Hambrick 4, Rollins, Stevens, Carter). HV 2 (Deakins, Grindstaff).