Lady Bulldogs own worst enemy in loss at South Greene 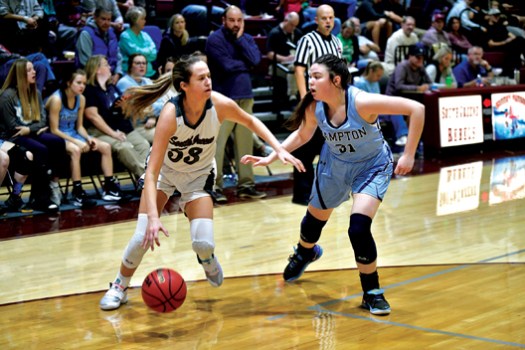 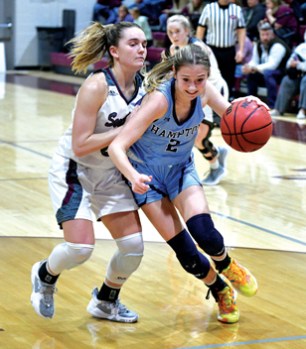 Star Photo/Ivan Sanders Piper Helle is pushed by a South Greene defender as she works her way toward the paint. 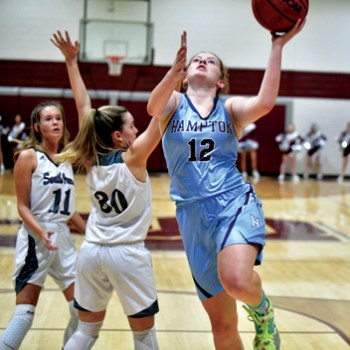 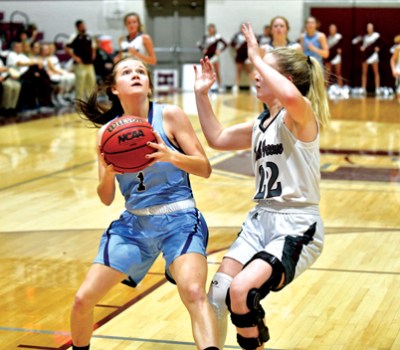 Star Photo/Ivan Sanders Rylie McClain looks to take the basketball to the rim while being closely guarded by a South Greene defender. 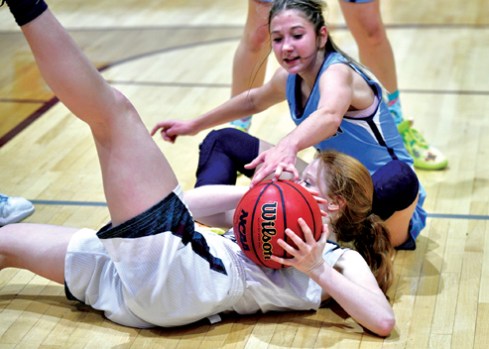 Star Photo/Ivan Sanders Piper Helle battles for possession of the basketball on the floor with a Lady Rebel in a mad scramble. 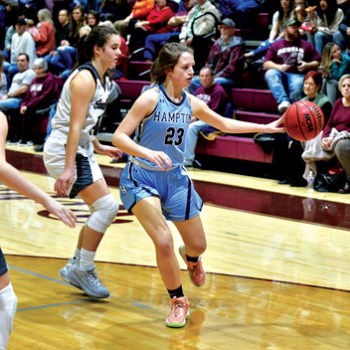 Star Photo/Ivan Sanders Lindsay Hardin dishes off to a teammate in the corner for the Lady 'Dogs. 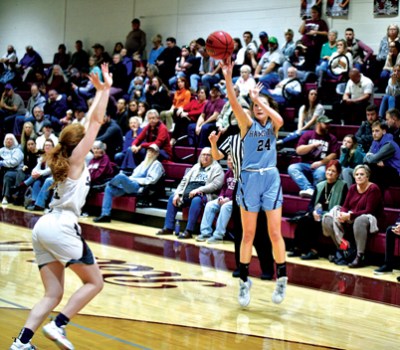 Star Photo/Ivan Sanders Linsey Jenkins puts up a trey for three of her game-high 28 points against South Greene. 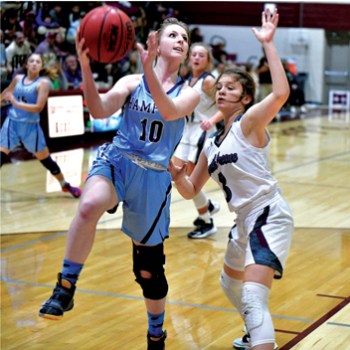 Star Photo/Ivan Sanders Alyssa Lambert takes the ball with authority to the hoop for Hampton.

BY IVAN SANDERS
STAR SPORTS EDITOR
ivan.sanders@elizabethton.com
GREENEVILLE – Basketball is a game that even at one’s best it takes almost a flawless-played game to earn a victory against an opponent. The Hampton Lady Bulldogs were struggling with not only the South Greene Lady Rebels but with themselves as turnovers haunted Coach Brandon Carpenter’s ladies throughout the game.

The end result was a 76-50 defeat inside the Lady Rebels home gym Tuesday evening.

By the time the intermission came, the Lady Bulldogs were looking at a 45-25 deficit to have to dig themselves out of in the second half.

Linsey Jenkins scored the bulk of Hampton’s first-half points as Jenkins knocked down 19 of the Lady ‘Dogs points in the half. Macy Henry accounted for four points while Taylor Berry recorded the other two points scored in the half.

Hampton came out of the locker room with a different mentality as the Lady Bulldogs tried to chip away at the Lady Rebel advantage managing to cut the lead down to 16 at one point. However, back-to-back treys from Cutshall and Hailey Brooks took some steam out of the Lady ‘Dogs sails as the Lady Rebels once again began building their lead – one to which Hampton couldn’t overcome.

Brooks led her team in scoring as the Lady Rebel pumped in a team-high 16 points with all those coming in a scoring flurry in the third period. Cutshall and Roderick finished out their night scoring 14 points apiece in the victory.