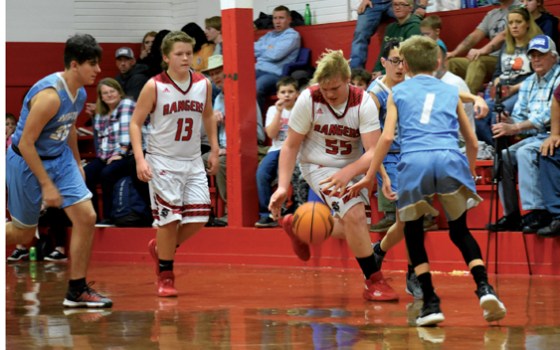 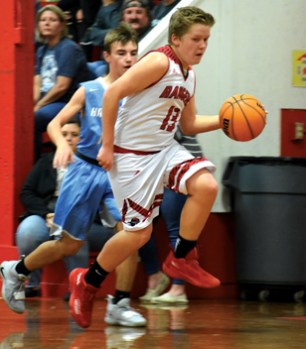 Star Photo/Carter Nagy Grayson Huggins pushes the basketball up the floor for Unaka. 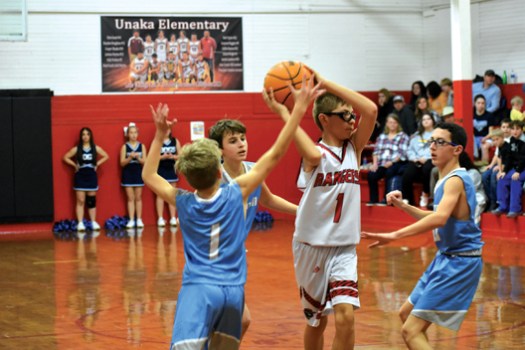 Star Photo/Carter Nagy Julian Wright of Unaka looks for an open teammate after being surrounded by a trio of Hampton defenders. 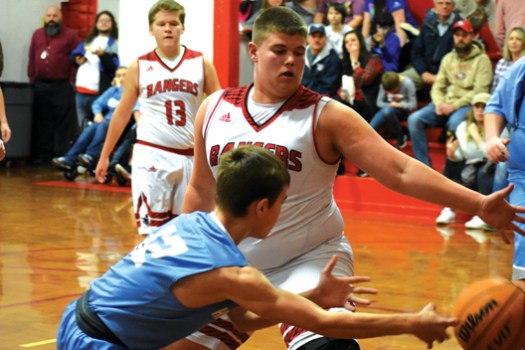 Star Photo/Carter Nagy Hampton's Logan Lunsford tries to get the basketball out of the corner while being guarded by a Unaka defender. 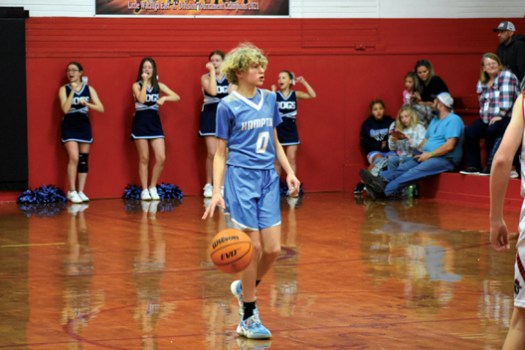 Star Photo/Carter Nagy Jr. Bulldog Caden Davis walks the basketball up the floor to set up the offense. 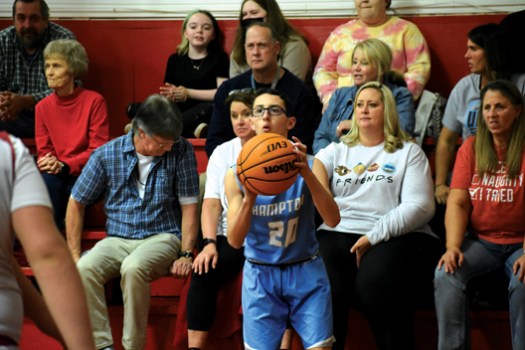 Star Photo/Carter Nagy Hampton's Jackson Smith prepares to fire up a shot from the corner. 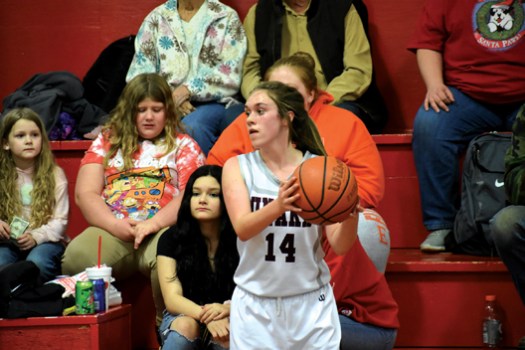 Star Photo/Carter Nagy A Jr. Lady Ranger looks for someone to throw the basketball to in their game with Hampton. 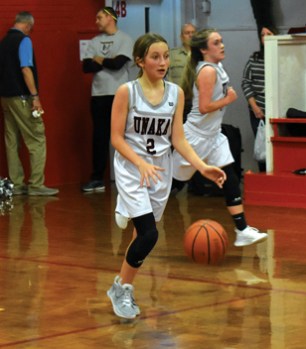 Star Photo/Carter Nagy A Jr. Lady Ranger works the basketball up the court for Unaka. 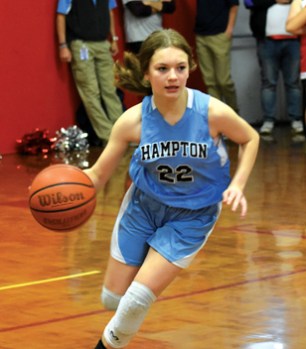 Star Photo/Carter Nagy Aubrey Blevins dribbles the basketball up the floor for the Jr. Lady Bulldogs. 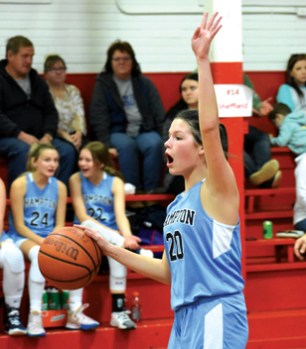 Star Photo/Carter Nagy Hannah Smith holds up four fingers as she calls out the offensive play for the Jr. Lady 'Dogs.

BY AUSTIN ALEXANDER
STAR CORRESPONDENT
STONY CREEK – A huge inner-county middle school matchup took place in Stony Creek Monday night as Unaka and Hampton did battle. The two county foes entered the games hopeful for a win with Christmas quickly approaching. The Hampton girl’s managed to dominate with the upper hand while the Unaka boys pulled away from the Bulldogs at the end.

The girls from Hampton lead from wire to wire and looked quite dominant in the process. L. Smith had six of her 10 points in the quarter as the Bulldogs led the Rangers, 17-2 after one.

The second quarter saw Jayda McClain score five points for the Rangers as their offense played a whole lot better, but so did the Hampton Bulldogs offense. H. Smith had nine of her game-high 21, as the Rangers trailed big at the half.

The rest of the second half was a display of power for the Lady Bulldogs who continued to show their defensive prowess on the road.

A late three from Rebekah Lloyd as well as a bucket from Emma Douglas helped soften the blow just a hair for the Lady Rangers, but when all was said and done, the Jr. Lady Bulldogs were victorious by a final of 53-17.

In the boy’s game, the big men dominated. Jackson Smith of Hampton and Sully Perkins of Unaka exchanged early baskets to get the ball rolling as the two teams wrestled for the lead in the first couple of minutes.

Unaka would end up squeezing out the first quarter advantage after a couple of baskets from one-half of the menacing big men combo the Rangers have in Austin Lambert. After one, Hampton trailed 12-4.

It was eight second-quarter points from Jacob Wilson that helped the Rangers maintain their gap as the game rolled toward halftime. Bulldog play-maker, Jamie Turbyfill hustled around the court trying to make plays for Hampton, but the team seemed lethargic during the first half.

The halftime talk worked for the Bulldogs as an instant change in their gameplay took full effect. Logan Lunsford and Jackson Smith got in on the action for Hampton, but even still, Unaka continued to find buckets behind the two-man tandem of Wilson and Lambert.

Down 40-21 heading into the final frame, the last gasp effort from Hampton would fall just short as Unaka’s inside presence was just far too powerful. Wilson and Lambert had 19 and 18 respectively to lead the Rangers to a win.