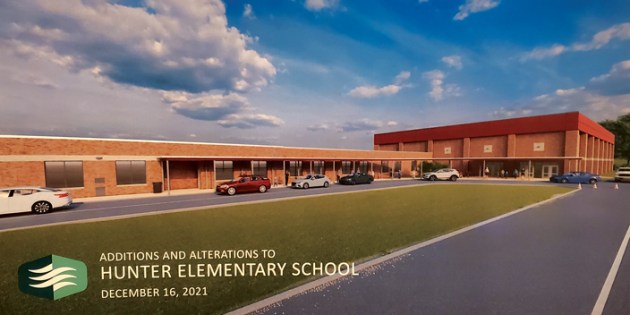 Star Photo/Ivan Sanders An artist rendition of what the new addition and renovation of Hunter School would look like from the outside. 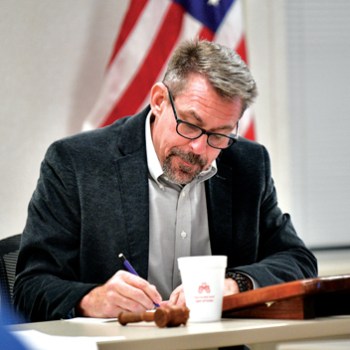 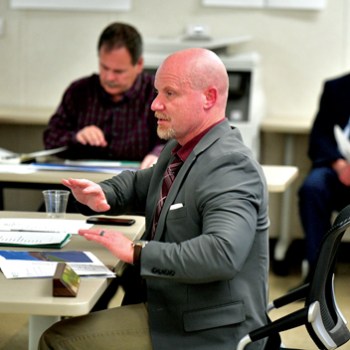 Putting the bid out…

BY IVAN SANDERS
STAR STAFF
ivan.sanders@elizabethton.com
In a project that has been “a long time coming, the Carter County Board of Education voted unanimously Thursday to release the Hunter School addition and renovation project for bids.

The project is estimated to cost $20 million and could take 2.5 years to complete.

The board will take a wait-and-see approach to see if the bid returns within the estimates received so they can provide the Stoney Creek community with a school that has been “a long time coming” according to board member Kelly Crain.

Board member Keith Bowers, who represents the Stoney Creek district said he was excited for the community.

In other board actions, board member Danny Ward made a motion to appropriate $150,000 toward the Broadband initiative to show the BOE commitment to the project.

“We need the internet for our kids,” Ward said. “They have programs that can help kids get it. Dr. Robert Acuff shared that when the application is made for the grant money that it helps when they see everyone is signed on.”

Board chairman Tony Garland shared his fears about committing $150,000, especially with the Hunter School project starting to pick up steam. Garland initially asked to table the matter but with the current timetable, Ward said action needed to be taken sooner than later.

A vote was taken on the motion and narrowly defeated 4-3.

Ward also said the rumor that the BOE was closing Cloudland had no merit as the board had already voted to not close any schools.