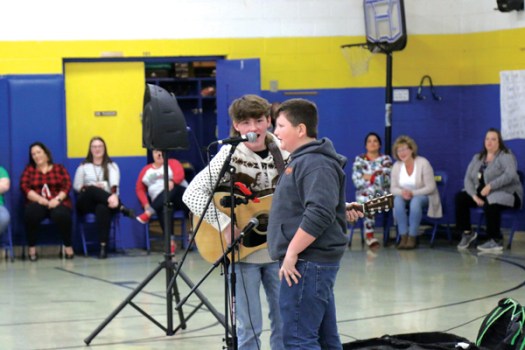 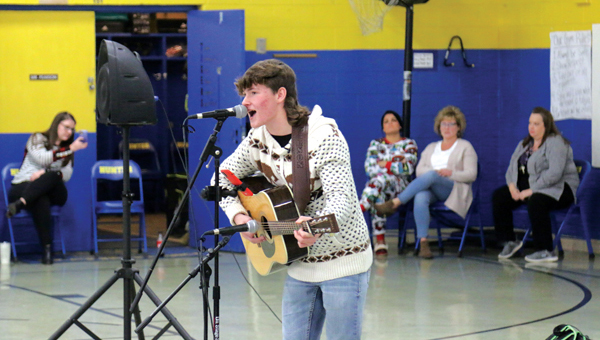 After appearing on NBC’s The Voice earlier this year, local music artist Carson Peters performed for the students of Hunter Elementary School in Stoney Creek on Thursday.

Peters delighted the crowd with a variety of Christmas carols and a few covers from Morgan Wallen and Don Williams as well as a bluegrass favorite, “Blue Moon of Kentucky.”

“We have a bunch of friends and family who either teach or go to this school,” said Peters. “So this has definitely been on the list for a while, to come and perform for these kids. I was really excited to come and perform, and the kids seemed to have a good time so that’s all we could ask for.

“It was really cool to see even the little kids sing along to all of the songs, and I remember when I was a little kid and someone would come and perform for us, and I loved every second of it. I think that contributed to me becoming a musician, so I was just super excited to come out here today,” said Peters.

Peters also performed duets with some of his biggest fans during the performance, singing “Tennessee Whiskey” with one and a rendition of “Silent Night” with another.

“I was worried that a couple of the kids I asked to come sing with me would be a little nervous and wouldn’t want to do it, but they stepped right up to the plate and it was so fun. We had a good time and all of the kids were supporting their friends, so it was super exciting,” said Peters.

“If I can help make their day better, then that is all that I want to do.”