One year into Biden presidency, what have Demos accomplished 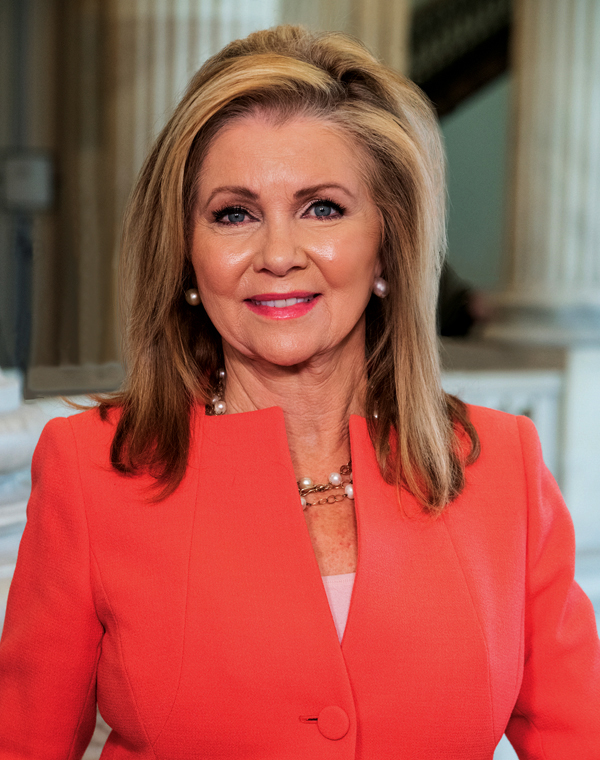 BY SEN. MARSHA BLACKBURN
Last week, the country watched in disgust as the White House scrambled to explain away news of decades-high inflation. True to form, White House Press Secretary Jen Psaki denied and deflected instead of addressing the economic pain most Tennesseans feel. This rejection of reality, paired with the administration’s nonstop pivots to and away from hot-button issues, begs the question: “What have Democrats actually accomplished?”
In Washington, the left has been so focused on creating a narrative for their progressive base, they have neglected the fundamentals of governing — and ultimately, the people who put them in power. Congressional Democrats squandered an entire year trying to create the illusion of enthusiasm for their agenda, a feat they intended to achieve by refusing to acknowledge the damage caused by their reckless taxing and spending spree. Although such indifference to the actual job of legislating is appalling, why would Democrats push themselves to do anything else?
When they look to the president, they see someone who has abused his power to kill jobs, destroy our potential for energy independence, and let conditions along our southern border descend into chaos. Biden’s failure to show any real leadership has served as an open invitation for elected officials in his own party to shove through their every political whim without regard for the consequences. Congressional Democrats have waged war on our most fundamental Constitutional rights and provided legislative cover for disastrous policies that have turned the economy upside down.
Numbers released by the Department of Labor last week showed just how catastrophic their agenda is for the people they claim to represent. Consumer prices increased by nearly seven percent from last year, and now, they are at their highest point since 1982. Since Democrats forced through 1.9 trillion dollars in spending this past March, inflation has spiked to a four-decade high. The outlook is bleak, and political maneuvering by Democrats is far from over. The White House is lobbying Congress to push through yet another spending bill. This time, their “Build Back Broke” agenda is on the table.
Democrats have made it abundantly clear that they aren’t working for us; they’re working for their progressive base. If they had even pretended to prioritize responsible spending or addressed the debt ceiling in a reasonable manner, they might have been able to salvage a little goodwill. But the American people live in the real world, where debt burdens matter, and firing up a money printer to cover the cost of wish list items isn’t an option.
With almost a year under their belt, Democrats know what needs to be done in order to support the American people — yet they continually do everything in their power to avoid it. No amount of favorable news cycles manufactured by the White House will fix the crises they’ve created. Rather than squandering another year on crafting their public image, it’s time for the left to acknowledge reality and stop making life all the more difficult for Americans.
(Marsha Blackburn represents Tennessee in the U.S. Senate.)

Communication between God and man is broken