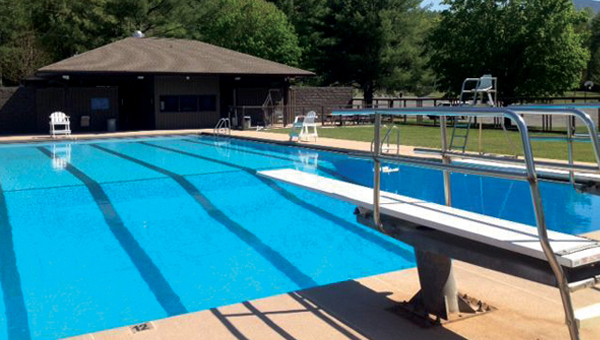 Contributed Photo Roan Mountain State Park pool will not reopen in the Summer of 2022. Instead, state park officials are asking for community input on other recreational areas they would like to see at the park.

Carter County officials may explore options for taking over the Roan Mountain State Park Pool, which is targeted for closure.

Plans to close the pool were announced earlier this month by state part officials, citing the pool’s age – 41 years old; a decrease in visitation; and a lack of adequate lifeguards.

“Due to these factors, Tennessee State Parks can no longer justify to Tennessee taxpayers the costs associated with keeping this pool in operation. However, we are excited to have the opportunity to invest in a more fiscally responsible outdoor recreation option at Roan Mountain State Park that would provide year-round benefits.”

On Tuesday Roan Mountain State Park officials held a public meeting to discuss the future of the park, including the pool closure.

“We hope that this can be an opportunity for something that you (people) can use year-round rather than the limited use of the pool,” said Compton.

At least one Carter County commissioner who attended the meeting isn’t satisfied with the potential closure. “The county would like to take over the pool if that would be economically feasible, which we think it would be,” said Carter County Commissioner Aaron Frazier. “It has opportunities for high school students for their Tennessee Promise such as lifeguarding and pool cleaning that they never explored.

“I think TDEC said that it was going to take approximately $500,000 to reopen the pool, but there are a lot of opportunities up there and it is not something that we want to see go away.”

If the county is not able to take over the pool, Frazier said other options should be considered for the 150-acre park.

“An awesome thing we would like to see is an ATV park, and another amazing idea would be a 100% handicap accessible adventure park. That would be a great addition because we do not have anything like that in the area. The last idea I put on the list was a shooting park, and the state already has funding set aside to find shooting parks in the state so I do not see why they should not be able to do something like that as well,” said Frazier.

Feedback was collected on forms given out at the meeting and will be reviewed by state park officials. Those who did not attend the meeting can fill out one of these forms at https://stateoftennessee.formstack.com/forms/parks_bmp_2021.

Anyone interested in providing feedback to the park have until Jan. 19, 2022, to fill out the online form.