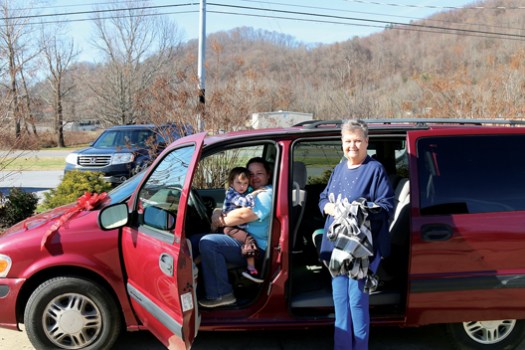 Star Photo/Nic Miller Hope Hartley was overwhelmed when she had found out that she received a minivan from TLC in Stoney Creek. 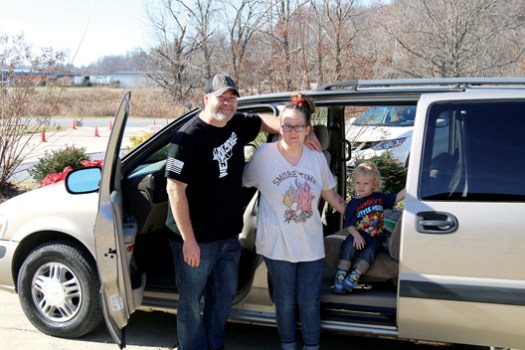 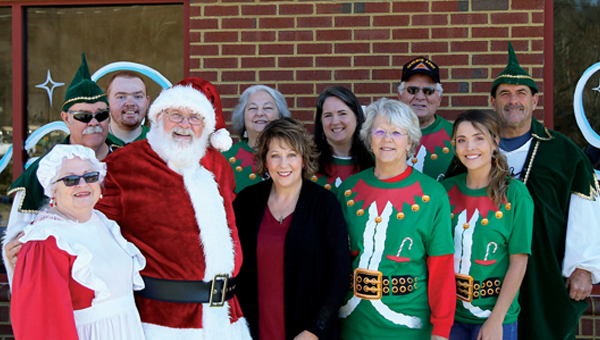 TLC community center in Stoney Creek on Thursday showcased the spirit of giving by distributing hundreds of children’s toys, hundreds of pounds of food, and even two minivans.

The vehicles were a surprise to the two individuals who thought they were coming early to receive their angel tree gifts but were given much more.

“It was such a shock and a surprise; it is just a wonderful gift from God,” said Hope Hartley, who received one of the vehicles. “I can’t even wrap my head around it. It is the best blessing I can imagine right now. It is just amazing and the people here are amazing.

“I came here this morning to deliver a blessing to them. I had come to bring them some Christmas cheer, and they have blessed me more than I can imagine,” said Hartley.

Taylor Mather, who also received a van from TLC on Thursday, said that the gift was a blessing beyond measure.

“The hardest part about this was deciding who would get the cars, because there are so many needs, ” said TLC Director Angie Odom. “A big thank you goes to Dwight and Shelby Marlow who … gave us these vehicles a couple years back. We had previously used them for some of our food programs, but we were fortunate to switch vehicles and were able to give these away.”

Odom said the amount of items distributed was plentiful.

“Everyone who comes through will receive a holiday food bag which includes three cans of every vegetable, stuffing, macaroni and cheese, and much more for their families. Because school is out for kids as of Friday, we are giving every family extra food boxes which includes meats, potatoes and other items.”

Thanks to Dollar General in Stoney Creek, Odom said the group was able to give each child a toy. “Along with that, we also have 1,000 bags to give away that will include hats, gloves, hygiene items, and school supplies,” said Odom.

“Being able to give back to the community is something that excites me,” said Odom. “It’s not just about stuff, but we are getting show joy, hope, excitement. To me, that is how you show Christ, and I want them to have what we have – not material things, but the hope and love that God gives us.”