‘Landers scratch and claw way to win over Titans 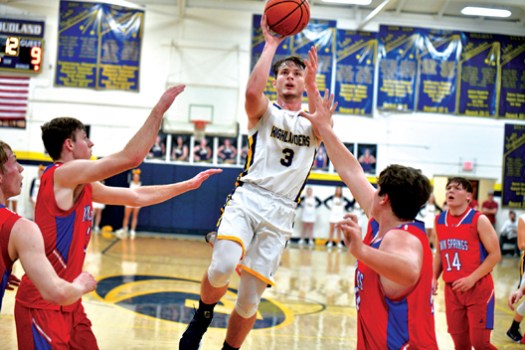 Star Photo/Ivan Sanders Cloudland's Caleb Sluder takes the ball in the midst of several Titan defenders for a basket. 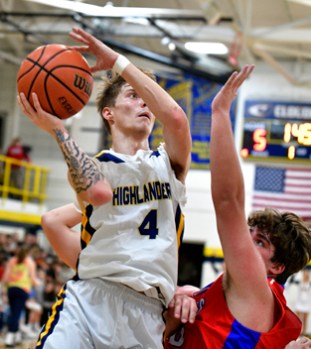 Star Photo/Ivan Sanders Dylan Shell shows no fear as he takes the basketball straight to the hole for two points. 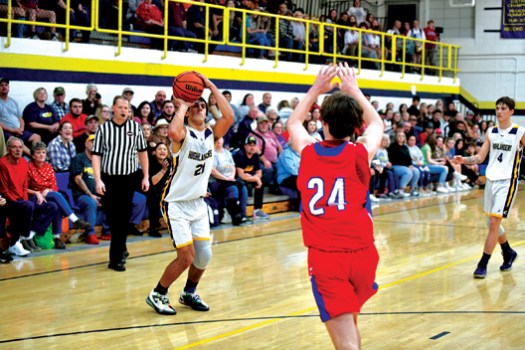 Star Photo/Ivan Sanders Gage McKinney prepares to send a three-ball toward its mark against Twin Springs. 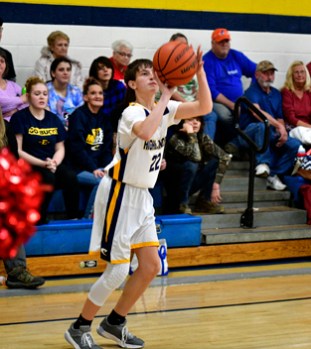 Star Photo/Ivan Sanders Eli Morgan lines up a trey from the corner. 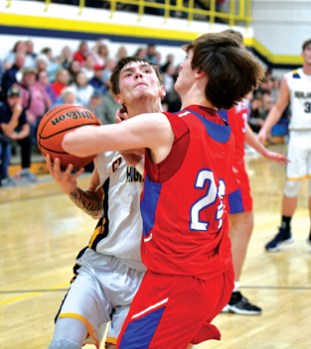 Star Photo/Ivan Sanders Dylan Shell is wrapped up at the goal by a Titan defender. 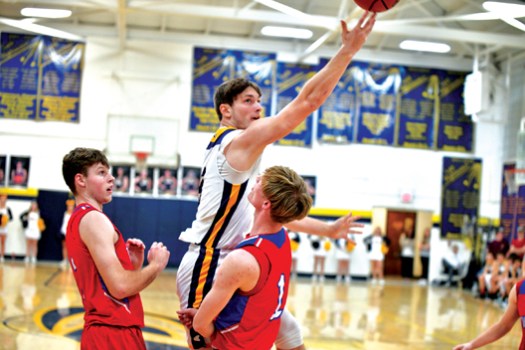 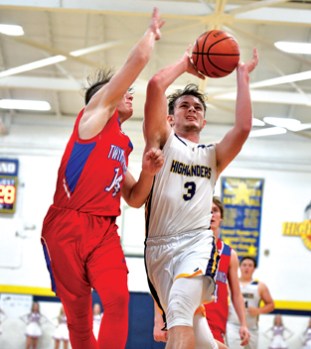 Star Photo/Ivan Sanders Caleb Sluder takes the ball to the rim with authority for Cloudland. 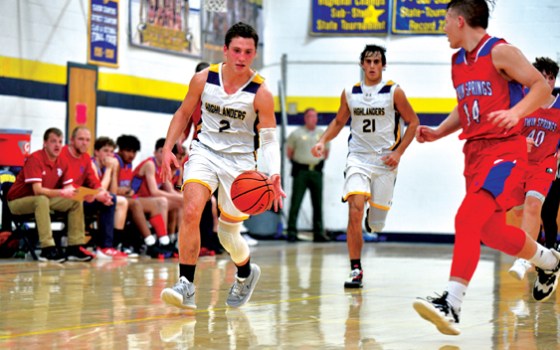 Star Photo/Ivan Sanders Caden Clarke brings the ball up the court against a stingy Titan defense.

BY IVAN SANDERS
STAR SPORTS EDITOR
ivan.sanders@elizabethton.com
ROAN MOUNTAIN – It took 32 minutes of hard work, but the Cloudland Highlanders managed to not run from the heat of battle and as result were able to chalk up a thrilling win Friday evening at Cloudland High School.

Cloudland built a nine-point lead heading into the final quarter of play but the team from Twin Springs, VA was not shaken and kept fighting back to finally cut it down to 52-50 as time expired and the home team held on for the victory.

The ‘Landers built a 30-22 lead at the break led by 10 points from Caleb Sluder. Dylan Shell and Gage McKinney also contributed in a big way by dropping seven and six points respectively.

The second half played out very similar to the first as bodies were flying all over the floor and at times it looked like a good smash-mouth football game the way each team was diving and playing very physical basketball especially under the rim.

Cloudland was hungry for the win however and managed to build a 40-31 lead with eight minutes left in regulation. The ‘Landers had a five-point lead with 1:35 showing on the game clock but the Titans weren’t ready to run away and hide as Twin Springs battled back to with three before Cloudland gained enough space at the end of the game thanks to some timely foul shooting as Seth Birchfield hit two free throws with less than 10 seconds remaining.