A Life Lived: Brenda Kay Perry enjoyed the simple things and was a loyal employee 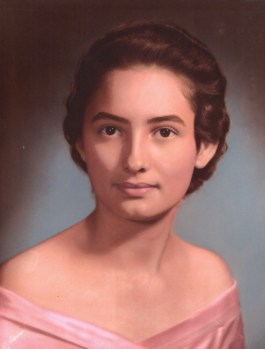 BY ROZELLA HARDIN
Editorial Director
rozella.hardin@elizabethton.com
Brenda Kay Perry grew up in the Fish Springs Community of Carter County, the daughter of Brown and Velma Hatley. She graduated from Hampton High School, married, had two children, and worked at Wal-Mart in Elizabethton for 32 years.
Sounds like an ordinary, simple life. It was, but there’s much more to tell about Brenda Perry. She was a very loving sister and friend, and was loyal and kind to the people she worked with. “She was the go-to person if you needed something done,” said her daughter, Karen Presnell.
Brenda began working at Wal-Mart when it was Big K and located in the Carter County Shopping Plaza. When the business became Wal-Mart and located across Elk Avenue (where Big Lots is now), she went, too, and later when it re-located to a bigger building at its present location, she moved again. Brenda worked in accounts payable. During her time at Wal-Mart she saw a lot of employees come and go, but she also made some life-long friends while working at the store. “She loved her Wal-Mart family. They were her extended family,” Karen shared.
Brenda and her Wal-Mart friends usually met once a month for lunch. “My brother and I were blessed to have such a loyal extended family,” said Karen. Among that extended family was Brenda’s sister, Ethel, also a long-time employee of Wal-Mart.
Brenda was married to George Perry Sr., who preceded her in death.
“Mom had a feisty spirit. She was a happy person, who enjoyed doing things with her family. She didn’t have a lot of hobbies. However, she enjoyed reading and watching television. Like her dad, her favorite show was the ‘Price Is Right.’ It’s ironic that she died 10 minutes before the show was scheduled to come on TV, and oddly enough, we had her funeral at 11 a.m. — when the show aired on TV,” Karen shared with a chuckle.
“She did not do anything when the ‘Price Is Right’ was on,” Karen said.
Karen said her mother loved the Lord and when growing up, Brenda and her family attended Fish Springs Baptist Church. More recently she had attended services at New Liberty Free Will Baptist Church on Stoney Creek.
Brenda wasn’t into cooking very much, but in Karen’s opinion her mother made the best cornbread, and was pretty good at making chocolate candy. “Perhaps, if she had had more time to spend in the kitchen, she no doubt would have enjoyed cooking more,” said Karen.
In addition to Karen, Brenda was mother to George Jr. and had a granddaughter, Jordan Alexandra Hill, who was the apple of her grandmother’s eye.
“I was blessed to have her as my mother,” said Karen. And, Wal-Mart was blessed to have Brenda Perry as an employee for 32 years. It has been said that we meet no ordinary people in our lives. If you give them a chance, everyone has something amazing to offer, and loyalty is one of those things.