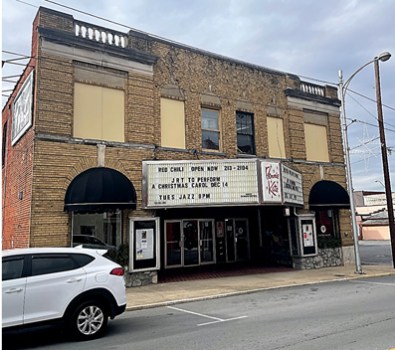 Seven downtown businesses have received grants ranging from $682 to $2,000 for facade improvements.

Logan Engle, Economic Development and Planning Director for the City of Elizabethton, said that the recipients who were awarded the grant money were notified last week.

“The Local Facade Rehabilitation Grant Program was started last year as a result of the City Council setting aside money from the general fund. This program provides matched funding to property owners in the Main Street District for exterior building renovations. It is a 50/50 matching grant, and once property owners are awarded and complete the work on their buildings, they bring us their receipts and we reimburse them by 50% up to $2,000,” said Engle.

“We had a good response in four applications last year, and after seeing other projects completed I think it excited others in the downtown community, which resulted in us having nine applications this year. Of those nine, we were able to fund seven applicants,” said Engle. “The seven projects we are funding this year include a variety of projects, including traditional facade renovations, painting, window replacement, and many other things.”

Engle said the selection process for awarding the grant was unbiased, as the decision was made by members of the community who are independent but still have an interest in the Downtown Elizabethton community.

“It is fantastic that the City Council sees the value in investing in the community. The program is designed to not only improve the aesthetic of the downtown district, but to also keep them active, no matter the business,” said Engle.

Friends of the Bonnie Kate member John Huber was delighted to receive the funding for building renovations.

“We have some brick work that needs to be done on the building as well as some porcelain caps that need to be put in to stop water intrusion,” said Huber. “We are tickled to have this grant money and as soon as the weather permits it, we plan on beginning work.

“I think it is really important to have things like that because the city constantly wants to improve downtown to make it more attractive for everyone, and this is one way that helps us do it. Expenses are high these days, so to have a participant to help share that cost is really paramount.”

Business owners who received the grant money will have until June 1, 2022, to complete exterior renovations.