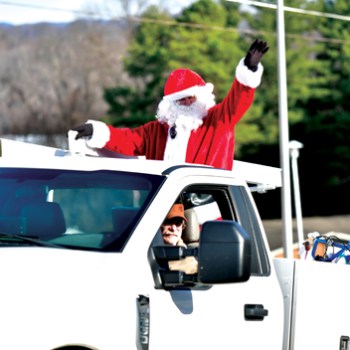 Star Photo/Ivan Sanders Santa came to Elizabethton early to make sure that every child served by the Elizabethton Housing Agency received their gifts. 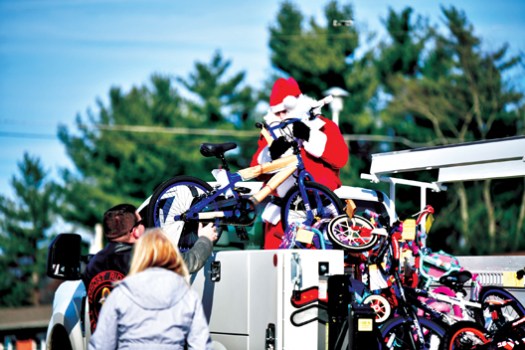 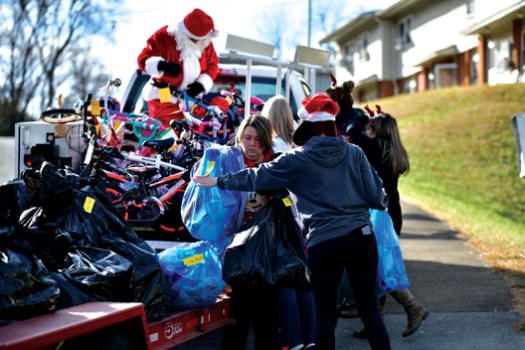 Star Photo/Ivan Sanders It was all-hands-on-deck for the Elizabethton Housing Authority's annual Christmas gift giveaway to each chilld that lives in the agency's housing. 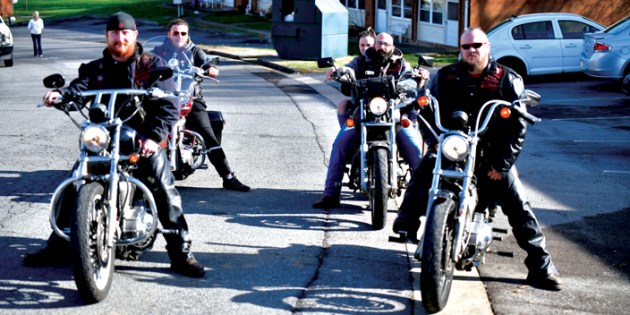 Star Photo/Ivan Sanders Members of the Ghost Riders Motorcycle Club who worked tirelessly to collect donations to make the day possible serve as the lead 'Reindeer' for the day's activites. 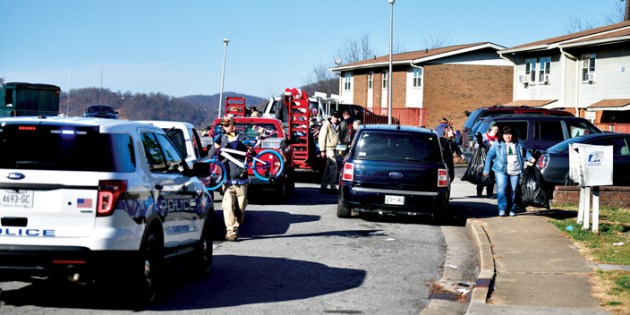 Star Photo/Ivan Sanders It was a busy day on Pine Ridge Circle as Santa and his helpers distribute Christmas gifts to children that live in Elizabethton Housing. 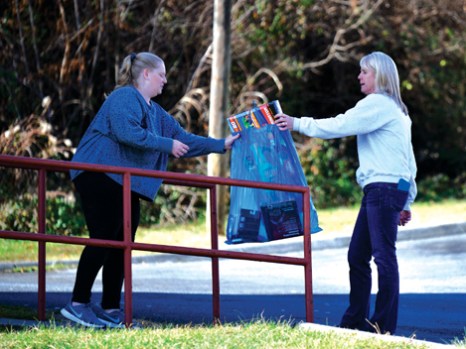 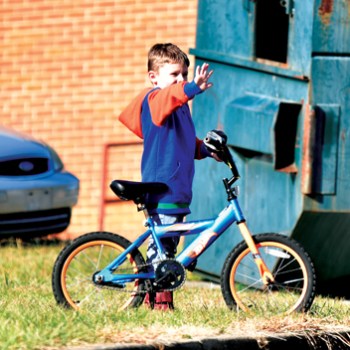 Star Photo/Ivan Sanders A young boy waves at Santa as the Jolly Elf heads toward his home to drop Christmas gifts. 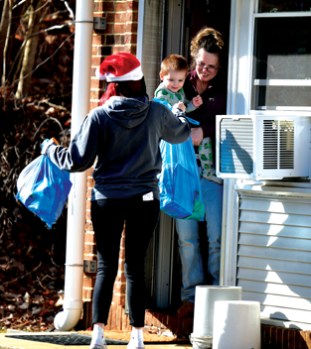 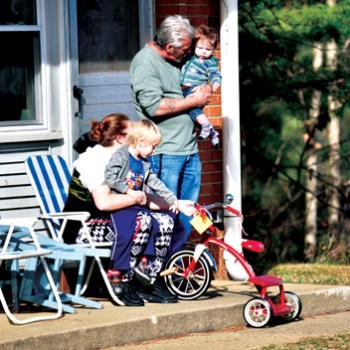 Star Photo/Ivan Sanders A child looks over a tricycle that Santa just dropped off at their doorstep. 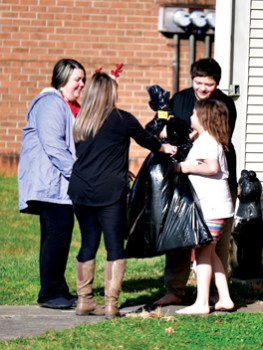 Star Photo/Ivan Sanders A pair of children are excited as they receive their Christmas gifts from Santa from Santa's helpers. 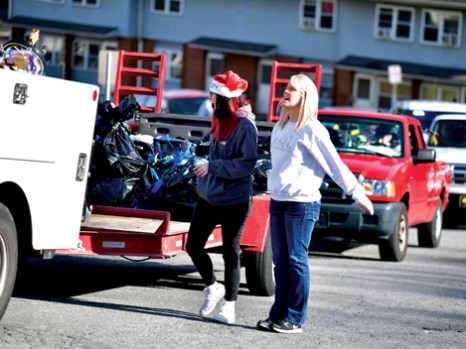 Santa came to the children in Elizabethton’s Housing and Development Authority neighborhoods on Monday, but he wasn’t riding in a sleigh pulled by reindeer.

Instead, members of the Ghost Riders Motorcycle Club led Santa with his helpers through the streets with revving Harley motorcycles and horns blaring to bring children outside to see Santa Claus and receive Christmas gifts.

“It’s beyond words man to see the happiness on these kids’ faces,” said Carter County Ghost Rider member Nuttin. “They are actually going to get a good Christmas, and that is what we are all about.”

Members of the club conducted a toy drive for two weeks in November and collected more than $20,000 for the effort.

“We love this and we all got the day off so we could come help and deliver the toys,” Nuttin said. “It’s amazing and it means the world to us to be able to do something for the community because without the community this doesn’t work. It’s hand in hand from November until we deliver. We put a lot of work into this.”

Normally, the Elizabethton Housing and Development Authority hosts a Christmas party for the children, but Executive Director Kelly Geagley said that party was cancelled due to COVID.

“We try to have a party for the kids but with this COVID I just made the decision that getting 200 to 300 people in a room like that makes me nervous, so the last two years what we have done is just load up the gifts and go to each child’s home and take them their toys from the Ghost Riders and coats from Witten Huddle,” Geagley said.

“A lot of the kids’ parents tell me that this is all that their children will be getting. This is my favorite time of the year.”

More than 225 children ages 0 to 18 received gifts on Monday.