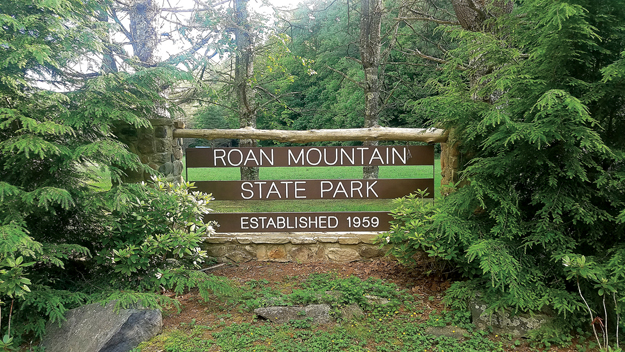 Photo Contributed Roan Mountain State Park recently made the decision to close their community pool, a decision members of the community are not in favor of.

Members and groups within the community are still trying to wrap their head around the decision to close the public pool at Roan Mountain State Park after the meeting with state officials provided few answers.

The Tennessee Department of Environment and Conservation held a public forum last week for community members to share thoughts on the closing of the pool and what they would like to see replace the pool.

“The Roan Mountain Citizens Club is sad to hear that Tennessee State Parks has come to the decision to close the pool at Roan Mountain State Park,” the club said in a statement. “The pool has been such a benefit to our community and visitors to our area. The pool provided a wonderful opportunity for young adults entering the work force and for children learning life skills as they learned to swim at the pool. We are also concerned about the negative affect this could have on our local economy.”

Eric Anderson, a member of the Carter County Parks and Recreation Board, was at the public interest meeting. “The Roan Mountain Recreation Foundation and the people I have spoken to in our community believe that the decision to close the pool is a bad idea,” he said. “No community leaders of any kind were involved in that decision and it seems to be a decision solely out of Nashville that has tremendous negative impact on the rural state parks that contain swimming pools.

“The concern is two-fold in our community. One is that it will make it far more difficult for a parent to develop a life skill in swimming for their children,” he said. “If a parent is in the southern end of Carter County, their closest options are to drive to Elizabethton or across the state line into Avery County, neither of which are very viable.

“Second, so many people in Tennessee when asked about their favorite thing to do outdoors will say using a playground, and their second choice would be swimming. The Rec Foundation that runs our community park provided input that the state needs to go back and rethink their decision and involve some of our local politicians and leaders.”

Anderson provided a call to action to anyone who doesn’t to see the pool go away, saying, “There is a website that the state provided for comments on the $400,000 improvements at Roan Mountain State Park. I encourage all readers to find that website and provide their comments, even if they are comments asking to keep the pool.”

The website provided by the state for comments about Roan Mountain State Park can be found at https://stateoftennessee.formstack.com/forms/parks_bmp_2021

Edward Jones of Elizabethton donates supplies to Loaves and…