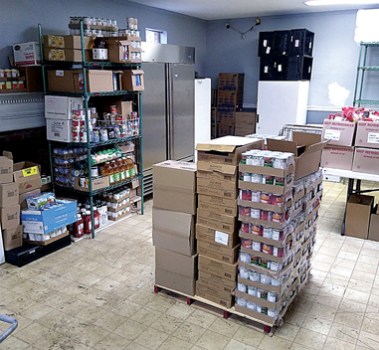 The Elks Lodge provided monetary and material donations to the Loaves and Fishes Food Ministry as well as the Isaiah 117 House in Elizabethton.

“We provided Loaves and Fishes with right at $1,000 worth of food as well as a $200 Food City Card to help feed people during this holiday season,” said Jessi Hawkins with the Elizabethton Elks Lodge. “We also sponsored the Isaiah 117 House this year, and we chose to take on 10 of their kids for Kid’s Christmas, providing them with toys, clothes, jackets, food baskets as well as providing a donation of $450 to the organization itself.”

This is not the first year that the Elizabethton Elks Lodge has taken on a task like this.

“Our lodge gives out a $3,500 grant, and we usually put that towards our Kid’s Christmas as well as to feeding people within the community, so that helps give us a start. Between donations and people helping with fundraisers such as spaghetti dinners and other events, we were able to spend right at $11,000 this year,” said Hawkins.

In a community where there are many less fortunate people, Hawkins said giving back is not about the recognition an organization receives, it is about helping others in as many ways as possible.

“It means so much to be able to give back to the community during the holiday season,” said Hawkins. “I was a single parent of two kids at one time, and if it weren’t for people like those at the Elks Lodge who helped out when I needed it, I don’t know if I would have made it as well as I did. We just enjoy being able to have the opportunity to help those in our community.”