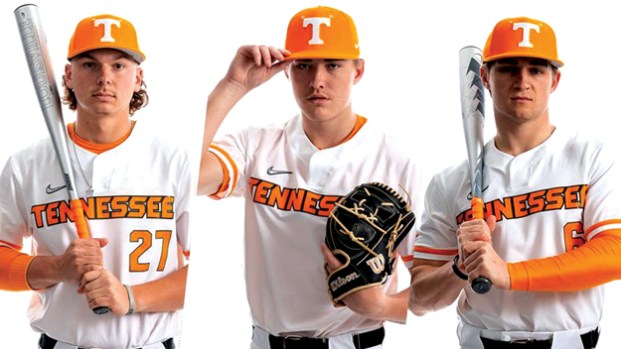 Sophomore pitcher Blade Tidwell was tabbed a first-team selection while junior outfielder Jordan Beck was a second team pick and super senior Evan Russell was named to the third team as a catcher.

The trio helped lead the Vols to an historic season in 2021, which included the program’s first SEC eastern division title since 1997 and culminated with UT’s fifth trip to the College World Series and first appearance in Omaha since 2005.

After an impressive debut season on Rocky Top, Tidwell is likely to anchor Tennessee’s weekend rotation in 2022. The hard-throwing right hander earned freshman All-America honors from D1Baseball.com and Perfect Game last year after posting a 10-3 record in 18 starts with a 3.74 ERA and 90 strikeouts.

Tidwell’s 10 victories are tied for the second most in program history by a freshman. The Loretto, Tennessee, native is draft eligible following this season and is a potential first-round pick in the 2022 Major League Baseball Draft.

Beck enters his junior season with high expectations after a breakout sophomore campaign that saw him lead the team with 15 home runs and 64 runs batted in en route to earning ABCA/Rawlings Southeast All-Region second team honors.

The Alabama native is regarded as one of the most talented players in the country and is another potential first-round draft pick for the Vols.

Russell has spent the off season making the switch from outfield to catcher and is expected to see significant time behind the plate this year. The Lexington, Tennessee, native ranked third on the team with a career-high 14 home runs and also had a career-best 43 RBI a year ago, including a pair of three-homer games.

Tennessee’s 2022 season kicks off with a weekend series at home against Georgia Southern from Feb. 18-20 at Lindsey Nelson Stadium.