A Life Lived: Shirley Gentry’s life was marked by her kindness, giving 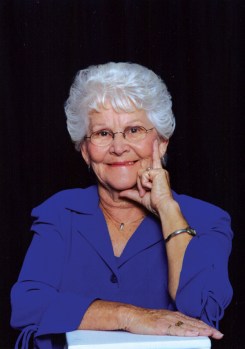 BY ROZELLA HARDIN
Editorial Director
rozella.hardin@elizabethton.com
Winston Churchill once said: “We make a living by what we get. We make a life by what we give.”
Shirley Gentry was a giver. She was always thinking of others and what she could do to help them. Daughter Karen described her mother as “wonderful, caring, and a friend to many. If she could help someone, she’d do it at the drop of a hat.”
Shirley Gentry died Dec. 19 at the age of 89. She leaves behind two daughters, Karen and Patricia, a son, David, four grandchildren and six great-grandchildren.
Not only was she a good mother, but she was a good provider said Karen. “Our father died when we were young, so Mom also became the breadwinner. She did well for herself and her family. Mom was a strong lady with a firm hand, but was also loving and kind,” Karen said.
Shirley worked as a financial technician for Workforce Development. She also worked in local elections and worked for a time in Memorial Presbyterian’s Daycare program and as a substitute teacher in the Carter County School System. “She was a very talented woman, who could do a lot of things, or at least she tried it,” shared her two daughters.
Shirley was a long-time member of the Women of the Moose, and the WOM through the years has been an active group of women, who did a lot of community projects and helped many children.
She enjoyed the camaraderie of the group.
Karen noted that the kitchen was not her mother’s favorite place, but “she was a wonderful baker. She enjoyed baking cakes, cookies and bread. She was a better baker than a cook.”
When she wasn’t working or volunteering her time to some worthwhile project, Shirley enjoyed crafts, reading, and traveling. “Christmas angels was one of her favorite things to make. She also cross-stitched, and oh, she could read a book through in a couple to three sittings,” said Karen.
Two other things Shirley enjoyed doing were traveling and shopping. She had traveled to several western states and just a couple of years ago did the zip line on a trip out West. “Probably, Boston was her favorite place to visit as she had friends there, and she visited Gatlinburg quite often,” Karen shared.
An immaculate dresser, Karen said her mother enjoyed shopping, and went shopping quite often.
In her earlier years, Shirley had enjoyed square dancing.
“She was quite active, and remained so up until recently. She walked her little dog two miles, three times a day, which contributed to her staying in shape,” Karen said.
Shirley was also a woman of faith. She was a member of Memorial Presbyterian Church and attended regularly until COVID came along. Her daughter shared that her mother set aside a time each day for her devotions, and was faithful to read her Bible and pray.
“We were blessed to have her for a mother. She not only was a beautiful woman, but she had a beautiful and loving heart, which she not only poured out on us, but on others as well. It seemed that she never met a stranger. She was drawn to people, especially to those in need,” shared Karen.
It’s been said that “Every charitable act is a stepping stone toward Heaven.” If so, Shirley Gentry stepped her way right into Heaven by her gracious living.