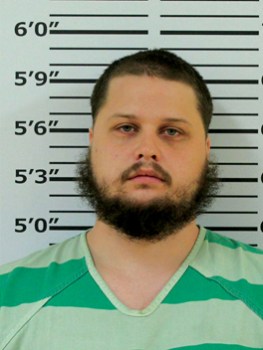 According to the arrest warrant, the charges came as a result of a child abuse allegation pertaining to a 2-year-old child being burnt in the shower by hot water. Carter County Sheriff’s Department Investigator Derrick Hamm reported that when he arrived at the home, Sgt. Christopher Reichenbach of the sheriff’s department had previously obtained a written statement from Thomas, who was the custodial father of the child. Thomas told deputies he had placed the child in the “shower” due to the child defecating in his diaper.

Thomas told investigators he left the water running while getting clothes for the child and the child turned off the cold water.

In the warrant, Det. Hamm noted that the child’s clothing was approximately 10 feet away from the bathroom in plain, unobstructed view of the bathtub inside the bathroom.

The child’s custodial mother, Amber Hodge, gave a statement consistent with that of Thomas in regard to the incident.

“While on scene, I spoke with DCS (Department of Children’s Services) workers which showed me pictures of the child’s injuries at the hospital,” Det. Hamm said on the warrant. “The child sustained extensive burning to the upper portions of the thigh area, gluteus maximus, and the lower back area consisting of blisters and the skin layers peeling off. The injuries on the child did not appear consistent with burns caused by water spraying from the shower head. The injuries on the child appeared to be more consistent with the child being dipped in extremely hot water due to the appearance of what appeared to be a burn line on the child’s skin.”

Thomas appeared before Judge Keith Bowers in Sessions Court on Monday. The judge set bond at $50,000 for Thomas and ordered him to have no contact with children.