A Life Lived: David Estep’s legacy was his music 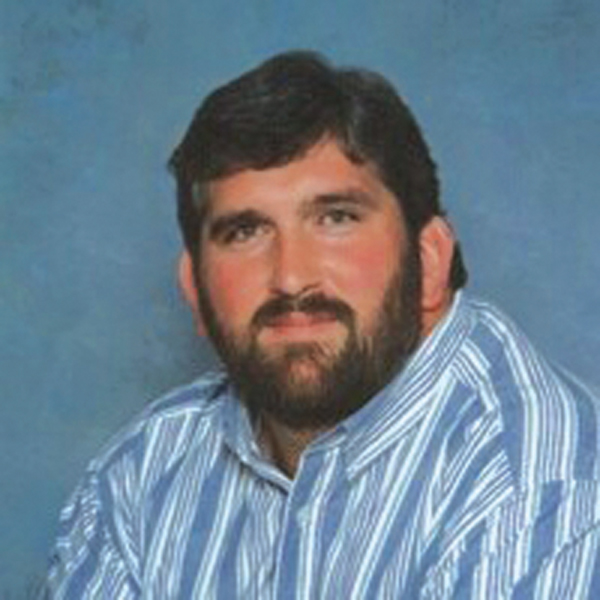 BY ROZELLA HARDIN
Editorial Director
rozella.hardin@elizabethton.com
Ray Charles, one of America’s best-known pianist, said, “The important thing is to feel your music, really feel it and believe it.”
David Estep did that when he sat down at the organ, whether he was playing for a few people or a houseful. And, that’s what he taught his students: “Feel it. Put your heart and soul into it.”
David Estep, who died Nov. 4, at the age of 57, after a battle with Parkinson’s Disease, was a very talented musician, composer, arranger and teacher. He composed and published works for the organ, piano, and handbells. He also taught piano and organ for several years.
David served as organist at Wesley Memorial United Methodist Church in Johnson City for 18 years, also Central Baptist Church, Johnson City, and First Baptist Church of Elizabethton, where he last served.
To David, music was like food. It satisfied his hunger and nourished his soul. David’s love for music was nourished by his mother, Betty Jo Estep, who encouraged him from an early age. A graduate of Unaka High School, he attended Carson-Newman College, ETSU, and Milligan College, majoring in music. The organ was not the only instrument David played. He also played the trombone, piano, and handbells.
He had many favorite pieces of music, but the most requested piece of music was the benediction he composed for the 45th anniversary of Wesley Memorial United Methodist Church, “The Fellowship of Love,” which was written and scored by Estep for not only the organ, but the piano, and handbell choir at the church.
Judy Buttolph, business administrator at Wesley Memorial U-M, said, “David could speak through his music. He had a gift for modulating it. He could blow you out of the pews, and then take it to a soft tone. He both spoke and worshiped through his music.”
She noted that David and his wife, Becky, were a team when it came to music. She played bells as well as other instruments.
David began playing at Wesley Memorial when a very young man, in his mid-20s. “He was amazing, he could play anything,” said Buttolph.
Dr. Jack Nelson, a student of David’s, described his mentor as a marvelous organist and teacher. “He was so good in every aspect. He also was an encourager and very unselfish. He wanted his music students to excel. He was the best,” said Nelson, who now is organist at Wesley Memorial.
When Wesley Memorial purchased the organ it now has, Estep was organist at the church, and worked with the company to set it up, to get the different sounds that he wanted. “It was custom built by Rogers and set up according to the specifics of David,” said Dr. Nelson, noting that David was so knowledgeable about the organ and its specifics.
“David was a very kind-hearted person, but very straightforward. He was like a big lovable Teddy Bear. Everyone loved him,” said Dr. Nelson.
After he left Wesley Memorial, David served as organist at Central Baptist Church for a decade. While there he did several organ concerts and played for their annual Christmas Tree concert.
David shared with this writer soon after leaving First Baptist last year due to health problems that his favorite hymn to play on the organ was “The Church Is One Foundation.”
“It was the first piece that I learned on the organ and it still is my favorite,” he said.
David in addition to being a musician worked at American Water Heater for 28 years.
He and his wife, Becky, had a son, Christopher Benjamin Estep.
David’s memorial service was conducted by Kerry Jenkins and John Bunn of First Baptist Church, two of the last musicians to work with him. And, of course the music was provided by his former student, Jack Nelson.
David Estep touched so many lives with his music. To David, life was much like any music instrument: What you get out of it depends on how you play it.