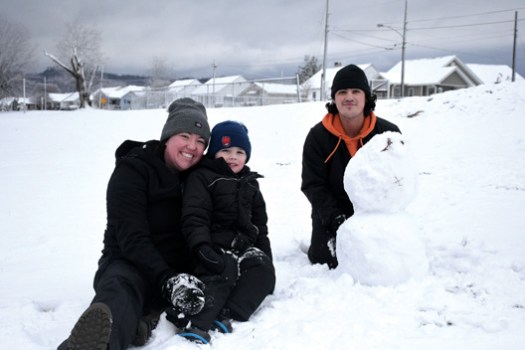 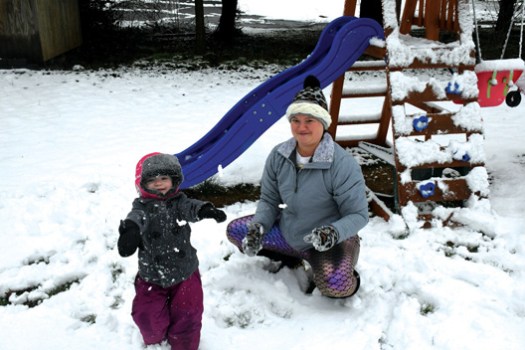 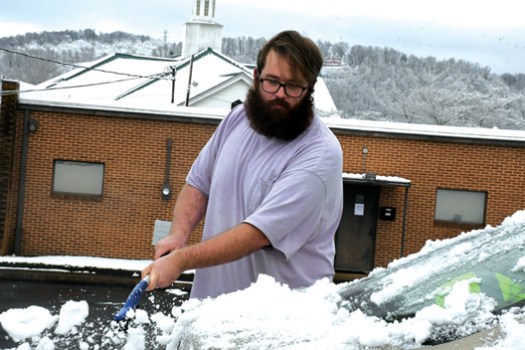 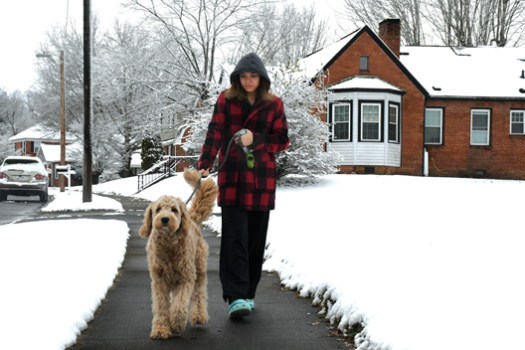 Star Photo / Brandon Hyde Mackenzie Thompson and dog Eli go for a walk after the first snowfall in Elizabethton this winter. 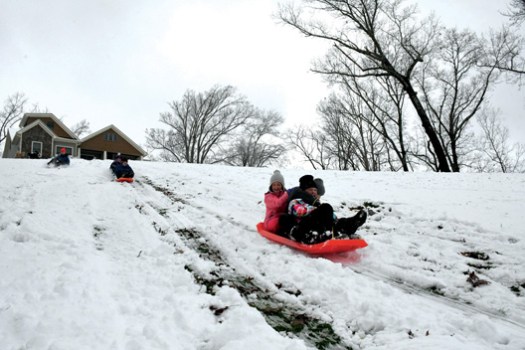 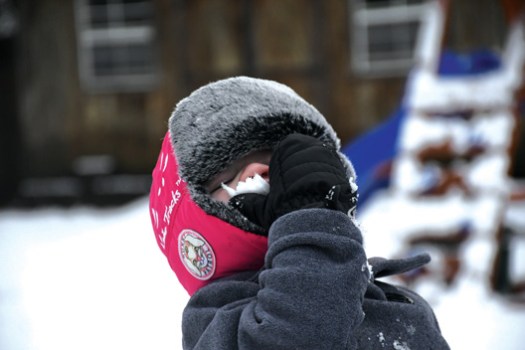 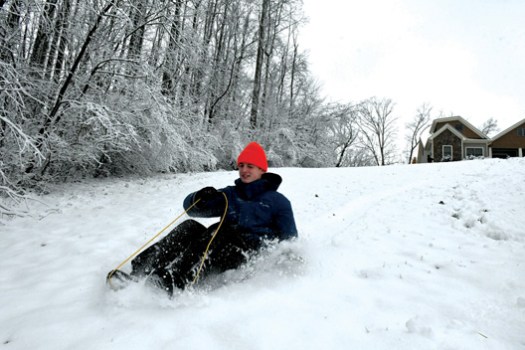 Star Photo / Brandon Hyde Nothing like a good hill after a fresh snowfall for sledding! 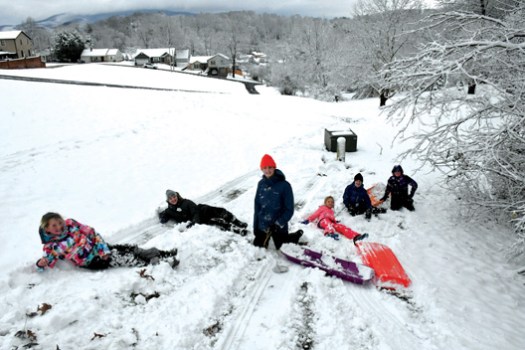 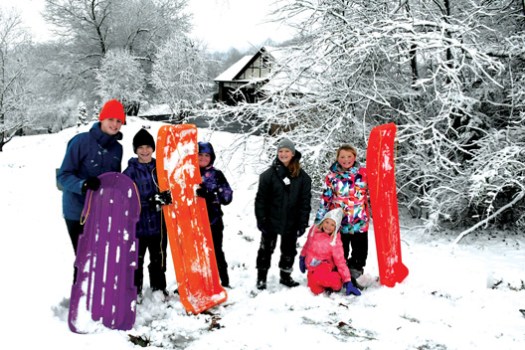 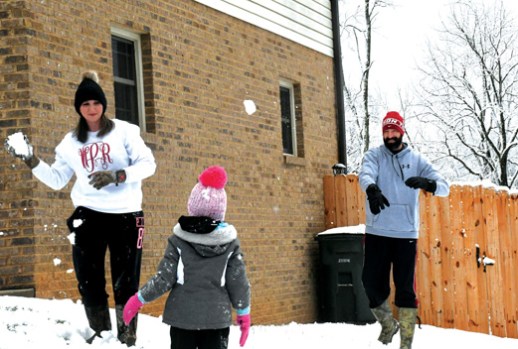 Star Photo / Brandon Hyde Whitney and James Pearson have a snowball fight with daughter Macie after the first snowalll of the season in Elizabethton.

The timing was just a bit off for a White Christmas but that didn’t matter to local residents who awoke to a white blanket of snow that fell in a relatively short amount of time overnight.
So what do you do when it snows?
You make snowmen, find a tall, slick hill that you and your friends can sleigh ride on, have snowball fights, and of course the not-so-popular having to clean off the car to go to work.
Star Photographer Brandon Hyde was out early on Monday and captured tons of squeals and laughter from residents who were enjoying the first of what could be many winter snowfalls in Carter County this winter season.