And now some interesting facts and trivia about our presidents 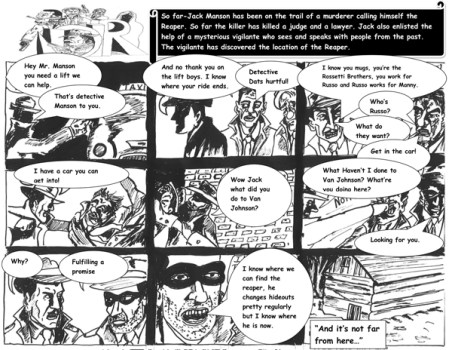 Some amazing coincidences about Abraham Lincoln and John F. Kennedy.

They include the following:

Both were elected to Congress in ’46 (granted, in different centuries).

Both became president in ’60.

Both are remembered primarily for their work to advance civil rights.

Both were shot in the head on a Friday, while their wives were present.

Both were succeeded by presidents named Johnson (Andrew and Lyndon B. respectively) who were born in ’08.

Both of their assassins were known by three names — John Wilkes Booth and Lee Harvey Oswald — comprised of 15 letters total.

The answers below will be in next week’s paper.

1. Which of the first 12 presidents was the first to not own slaves?

This New Year’s Eve, my boyfriend and I spent a nice quiet evening at my house. I made dinner and we watched a movie. I really like the quiet evenings that lead to good conversations instead of the big parties and mingling. Don’t get me wrong, they have their place in life but these times just seem special. While dinner was cooking, I scrolled Facebook for just a minute. Many people were posting about how they hoped 2022 was better than 2021. How they were not sad to see 2021 leave. I can relate. 2021 brought a lot of sadness to me but also a lot of happiness.

Early 2021, my daddy passed away. Even at my age, it is an indescribable feeling when you lose your last parent. The most special people in the world to me were now both gone.They taught me everything I know and always gave me such good advice. Also, in early 2021, my divorce was final. After a year and a half of heartbreaking decisions and trusting the Lord, it was finally finished. While that brought relief, it also brought sadness (and to some extent a loneliness) for the loss of my marriage.

Later in 2021, laughter came back. I was comfortable in my own skin. I was finding out who I was and what I wanted to do. And I started dating. So often in marriage our identity is our marriage, so now how does a girl who had been married for 20 plus years — date? I tried dating sites and even talked with a few guys who were nice, but we just didn’t have anything in common. Then, I met a guy who shares many of my interests. We started out as friends but then we knew it was quickly turning into romance. He is now my boyfriend, and I can’t imagine my life without his smile, laughter, and tender heart.

2021 was packed full of sorrow and joy. Mountains and valleys. Moments that took my breath away. Moments that sting with such pain that I barely want to remember them. But that is life, isn’t it? The good and the bad experiences are what helps us grow. So, goodbye 2021 and hello 2022. I can’t wait to write my story on your blank pages.

Please enjoy one free audio review copy of M book 3: Spirit of the wolf (Volume 3), now available on Audible. Redeem the one-time use code below at https://www.audible.com/acx-promo

Death the one common reality of human life